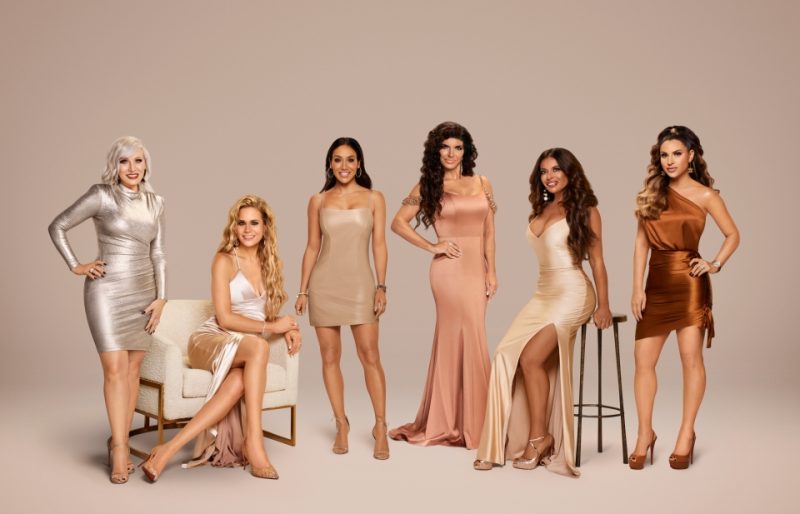 FANS have found a clue that Dolores Catania’s ex Frank’s new girlfriend will join the cast after he revealed that two women might not return.

The Real Housewives of New Jersey star opened up about the next season on Claudia and Jackie Oshry’s Podcast, The Morning Toast.

Fans were shocked when Frank, 54, claimed that Jackie Goldschneider and Traci Johnson might not be returning to the show.

But many thought the decision might benefit Dolores’ ex-husband, as they speculated that his new girlfriend Brittany could step in.

The reality star spoke briefly about his new love interest on the podcast and touched on his difficult relationship with his ex’s new man Paul Connell.

Fans raced to Reddit as they guessed that Frank’s new lady could take a leading role to “create new drama” with Dolores.

“I think Frank and his girlfriend will side with Teresa in order to distance themselves from Dolo and create drama,” one wrote.

“I bet Frank is hoping his girlfriend will become a cast member. Then he won’t have to be platonically coupled up with Dolo,” they explained.

“Dolores gets a villain edit. Frank hates her new BF. It comes out she’s the one who has been gossiping to Marge,” a second assumed.

“Frank’s thirsty ass will 100% cause a wedge in between Dolor + her bf. Most likely on a group trip,” a third speculated.

While on the podcast, Frank confirmed two cast members will not return to the show next season.

When being asked about what’s next for the series he responded: “People come up to me and know more about the show than I do. Nobody tells us anything”

The father of two continued: “supposedly we have some new girls coming on this year [but] I know nothing”.

“And Jackie [Goldschneider] being a ‘friend of’, have you heard that?”

He answered: “I didn’t know for sure, I went out to dinner with Jackie and Even [and] yes, I heard yes she is a ‘friend of’”.

Jackie continued: “What about Traci?…”

“I heard Traci’s gone,” he revealed.

Frank quickly followed up his response by saying, “at the same time, I gotta be honest, Jackie I heard maybe coming back. We don’t know about Traci, so nothing’s definitive”.

As teased by Frank, the RHONJ cast may be growing in number.

Earlier this week, fans found what they believe to be proof of the finalized cast of season 13 as they were spotted filming their first group scene.

One, in particular, snagged photos from the first group filmed activity.

They took to Reddit on Wednesday to share snaps from a rollerblading outing where the entire cast dressed in ’80s attire.

Included in the photos from the rink were Teresa Giudice and her fiancé Luis Ruelas, Traci Johnson, and her husband Tiki Barber, and Jennifer Aydin, who sported an injury boot alongside her neon heels.

Jackie Goldschneider was also spotted along with Margaret Josephs, and Frank Catania made an appearance with his girlfriend Brittany.

Dolores Catania was present, and long-timers Melissa and Joe Gorga could be seen chatting along with the rest of the group.