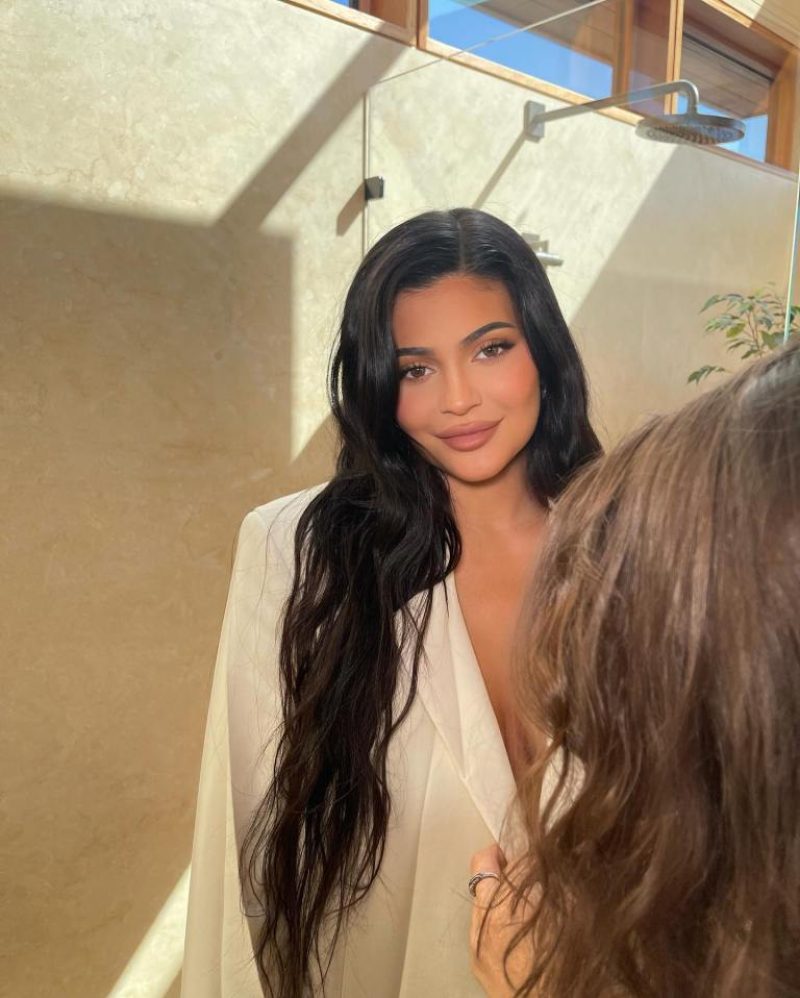 KYLIE Jenner’s stunning ex-assistant and BFF Victoria Villarroel, 30, has been spotted spilling out of her tiny purple bikini in a new TikTok.

Victoria became friends with Kylie after working as her assistant over five years and the two continue to remain close after her exit.

The Instagram model took to TikTok to make a video of herself flaunting her curves.

All of her curves were left on full display.

She sipped on a drink out of a straw and leaned into the camera.

It appeared she was lounging in front of an uncrowded pool without a cloud in the sky.

Victoria captioned the video “made it” and paired the song Cherry by Lana del Ray.

Victoria met Kylie as she was an intern at Jenner Communications.

After five years of working as her assistant, Victoria opened up to People about calling it quits.

She said: “I worked with Kylie for 5 years and she became one of my closest friends. We both decided it was time to grow without each other professionally about a year ago!”

Victoria clarified: “She’s still one of my best friends and our relationship has only gotten stronger.”

Initially, she was hired as Jenner’s house manager, which meant she had to make sure “the house runs and that everything works.”

She was eventually promoted to personal assistant — which meant running errands and scheduling Jenner’s personal appointments, such as manicures and spray tans — and then finally to executive assistant.

Victoria explained her job and stated: “You basically do scheduling, travel, events like the Met Gala. You have to coordinate everything.”

She continued: “Or any appearance that she has, award shows, the stylists, booking all her appointments and keeping her calendar up to date.”

NEW GIRL ON THE BLOCK

Kylie then replaced Victoria with her current assistant, Maguire Amundsen.

Maguire also has a considerable Instagram presence and showed off her hard work at the gym.

Kylie‘s executive assistant was surrounded by exercise equipment when she posed in front of the mirror.

The assistant donned a black sports bra along with matching leggings.

She also had on white ear pads during her exercise routine.

Her bare skin glistened with sweat as she flaunted her toned stomach.

At the beginning of April, Maguire went with the Keeping Up With The Kardashians alum to Disneyland.

Maguire, Kylie, and another gal pal posed together for a mirror selfie inside a public bathroom.

The trio cuddled closely for the group photo and smiled for the camera.

The E! star was spotted walking around the amusement park while make-up free and with her natural hair loose.

During the Tiktok video, Maguire pushed Kylie’s 4-year-old daughter Stormi around in a stroller.

Stormi had on her Minnie Mouse ears as she played with her colorful unicorn horn.

The group went on some of the park rides as Kylie appeared to be in good spirits.

The Kylie Jenner Cosmetics founder and her assistant happen to be good friends who are also able to work well together.