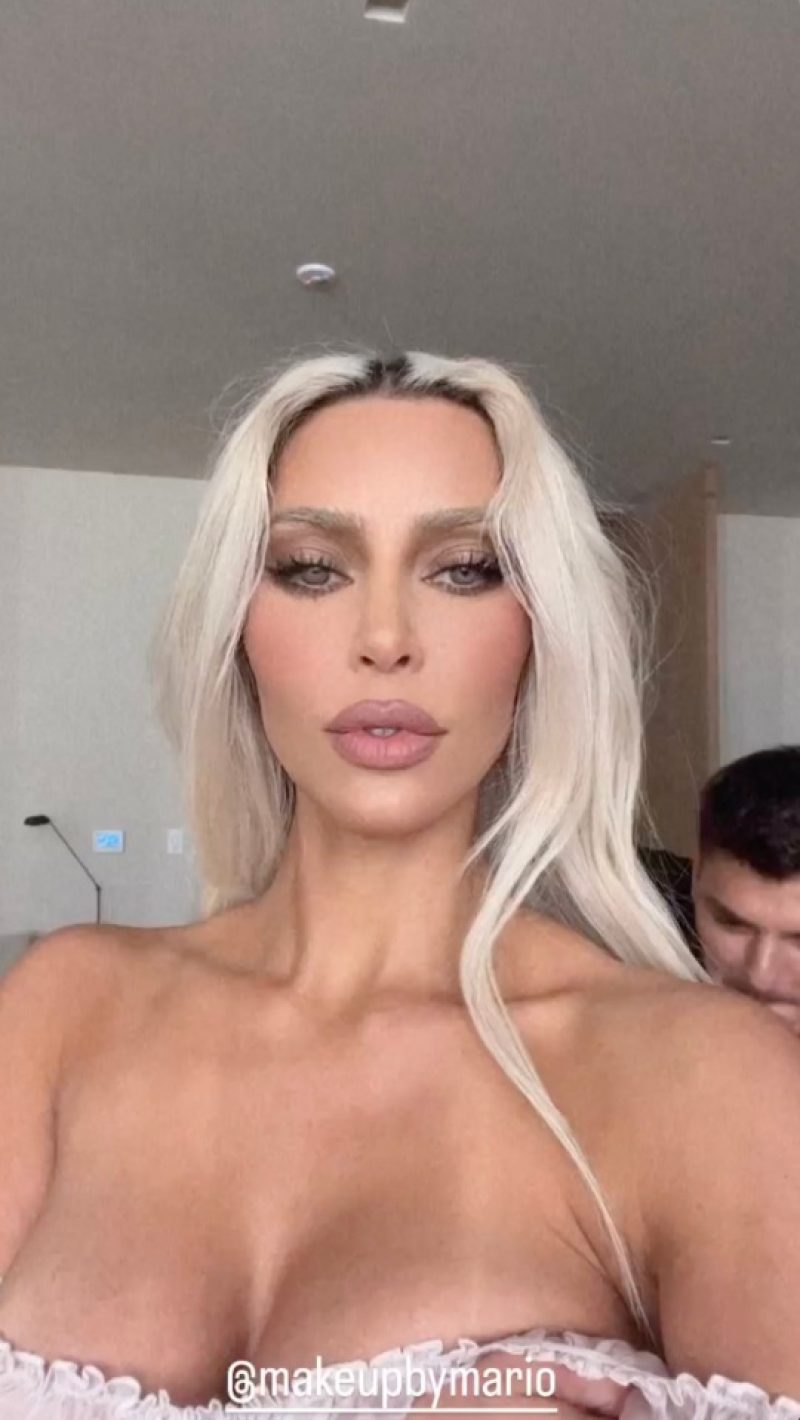 The star has been known to transform her look, never shying away from daring styles.

On Friday, the KKW Beauty mogul took to her Instagram story to share a series of photos and videos sporting a new look.

In the first snap in the series, her typically dark eyebrows appeared bleached to match the light blond hair she’s been rocking as of late.

Kim laughed in the video, asking someone off camera: “Do you like light eyes?”

In a second video, she pulled a more serious face, breaking from posing for a brief chuckle.

Olivia Rodrigo appeared to be playing in the background.

Kim then filmed herself with her “favorite filter” on, which appeared to give her devil horns.

She returned briefly to the original filter, revealing the reason she was glammed up.

She shared with her followers: “On set today for SKIMS.”

Kim panned the camera around, revealing that sister Khloe Kardashian was also on set.

While the mom of four has been proudly showing off her blond locks for weeks, fans aren’t loving it.

On Friday, Kim posted a series of snaps from sister Kourtney and Travis Barker‘s wedding.

The newly shared photos taken last weekend also included her and daughter North sweetly striking a pose – and a cute kiss – but fans simply couldn’t get past the hair.

Another at least called the shockingly casual updo relatable, writing: “I like it, especially because this is how I wear my hair. I have too much frizz and flyaways to do their slick updos.”

At the beginning of May, Kim boasted about losing 16lbs in three weeks to fit into the Marilyn Monroe dress for the recent Met Gala– when she first went blonde to match the iconic star.

She attended the fashion event with her comedian boyfriend, Pete Davidson, 28.

Kim also told Vogue on the red carpet: “I’m going to stay blonde for a while.”

The SKIMS founder has since flaunted her tiny figure and platinum locks in a shiny and silvery outfit while attending a staff party, and all wedding long in Portofino, Italy.