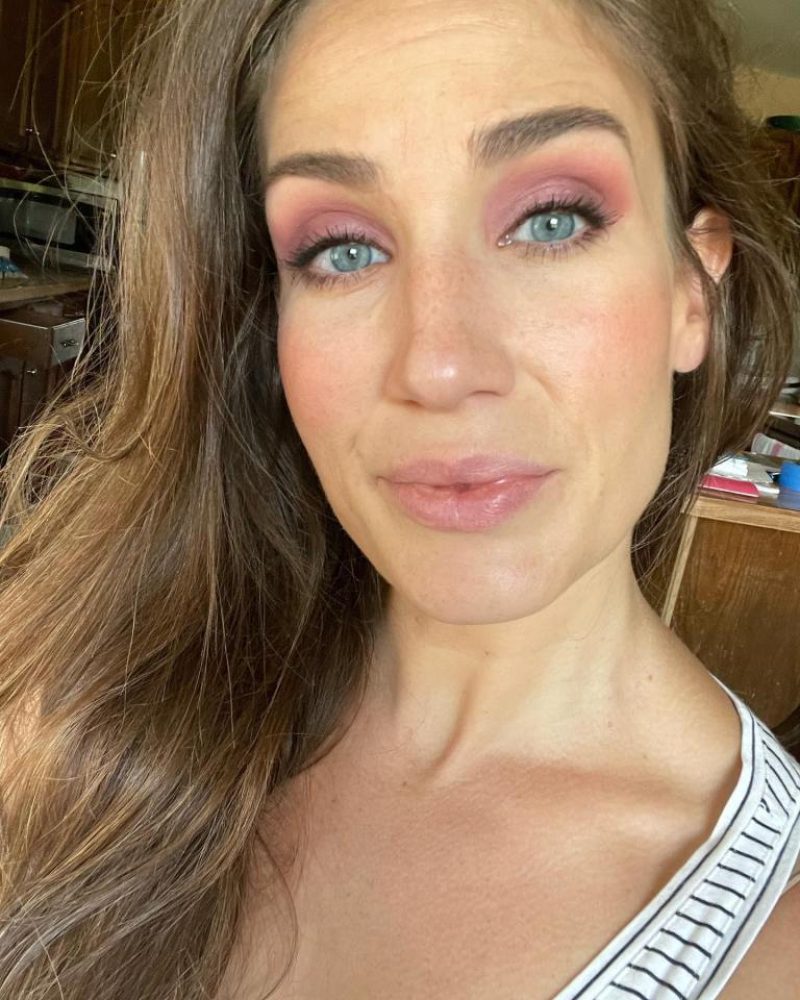 JOSH Duggar’s ex Kaeleigh Holt has slammed the star amid his child pornography sentence as she notes an “odd significance” on the time he’ll serve.

Kaeleigh Holt took to her social media on Wednesday to share some thoughts on Josh going to prison for 12 years.

Josh had dated Kaeleigh when he was 14 years old and their relationship came to light when her mom, Bobye Holt, took the witness stand during Josh’s December trial.

On Wednesday, she took to her Instagram stories to tell him off.

She started: “Well, it’s sentencing day, the day we have been holding our breaths for for several months.

“I figured I might as well share some thoughts that I have about today. I know for us, it’s the last piece of the puzzle and all of us are exhaling after months in relief that it’s finally done.”

Kaeleigh continued: “My biggest thoughts go out to all the victims. Even though for us it might be a little bit of closure for all of us that are on the outside, but it’s gonna be life long for them, for Josh’s kids.”

She said she had looked up the age of Josh and his wife Anna’s oldest daughter, Mackynzie.

Josh’s ex found the detail to be “oddly significant.”

She continued: “He’s gonna be gone for half of her life. Those kids don’t deserve that kind of father and it’s gonna be life-long therapy for them, and I hope they get it.”

Josh’s family has continued to snub the ex-reality star after his prison sentence.

Fans think Jinger and her husband, Jeremy Vuolo, opened up about the sentencing on social media after staying quiet on their platforms.

Jeremy shared a photo on Instagram of the pair looking happy as they smiled at the camera.

Jinger sported a white tee-shirt, no makeup, and her hair pulled back into a ponytail for the outdoor outing.

But it was her husband’s wardrobe that caught viewer’s attention.

The former football star donned a Los Angeles Dodgers baseball cap and a white tee-shirt embroidered with the words “Save the Children.”

Fans wondered if his shirt was potentially referencing some feelings towards Josh‘s child pornography crimes.

Jeremy continued his thoughts in the caption, and wrote: “Hey Siri, play ‘The Luckiest.’”

The photo made its way onto Reddit, where users commented on the pair’s message.

One fan re-shared the photo and commented: “A not so subtle jab at pest.”

Someone replied: “He isn’t going super overboard or anything, it’s just subtle but I think it is very genuine at the same time. By Duggar standards, Jinger is pretty lucky.”

Another pointed out: “Interesting t-shirt. Seems to me to be a shot at Josh!”

Others questioned why Jinger and Jeremy hadn’t officially spoken out about Josh’s sentencing, despite other family members doing so.

One remarked: “I’m surprised they haven’t released a statement.”

A third said: “I wonder why they didn’t make a statement. I bet JB flew off the handle at the sisters who made one last time and they didn’t want to rock the boat even more,” making the comment on Jinger’s father Jim Bob‘s open support for his son.

Jill Duggar and her husband Derick Dillard also broke their silence as they released a statement after Josh’s sentencing.

The post on their blog began: “Yesterday we learned that Josh was given a 151-month sentence in federal prison for his crime of CSAM.

“The last several weeks and months have been difficult emotionally. Yesterday was another one of those hard days. We are neither rejoicing nor disappointed by the sentence, but we are thankful it’s finally over.”

The scathing blog post went on, as Jill and Derick wrote: “Until now, he has yet to be held accountable to the extent necessary to cause change in his dangerous pattern of behavior.

“It is unfortunate, but it seems that it may take spending over a decade in federal prison, and still more on probation, for Josh to have any potential for rehabilitation to the point he can safely live in society again.

“Hopefully, Josh can actually begin to get treatment and begin to work toward a lifestyle where he is less likely to reoffend.”

The message concluded: If for nothing else, the notoriety of this case has hopefully contributed to the deterrence of potential offenders and will help protect children by decreasing the demand for CSAM. We continue to love Josh and his family and will be there for them however we can.”

Josh was found guilty of possessing and receiving child pornography on December 9 after a nearly two-week trial.

The oldest Duggar son’s team requested that he spends just five years in prison, while the prosecution asked that he receive the maximum sentence of 20 years behind bars.

Josh’s wife, Anna, and parents, Jim Bob and Michelle Duggar have stood by his side throughout the case, supporting the father of seven.