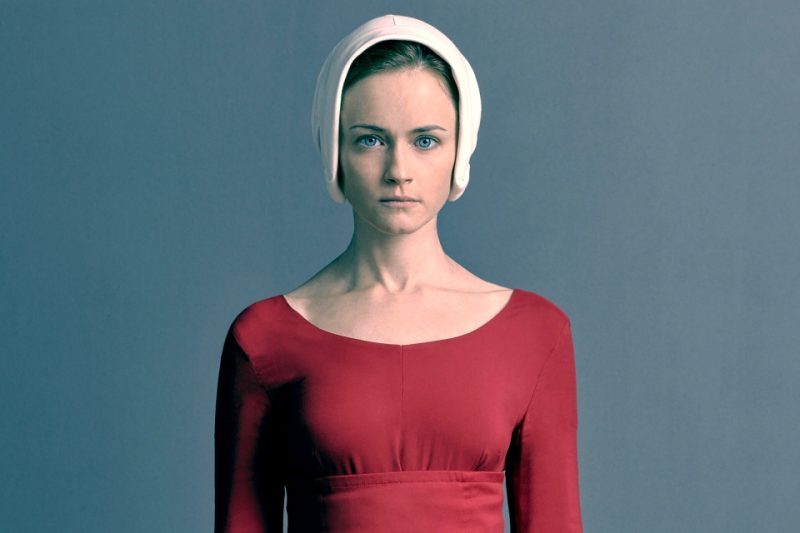 ALEXIS Bledel played a crucial role in The Handmaid’s Tale as one of its lead actors.

However, she has made it clear that she will not be part of the upcoming season.

Alexis Bledel pictured in THE HANDMAID’S TALE — The drama series, based on the award-winning, best-selling novel by Margaret Atwood, is the story of life in the dystopia

According to Variety, Alexis Bledel will not return for season five of The Handmaid’s Tale.

Alexis Bledel issued a statement saying: “After much thought, I felt I had to step away from The Handmaid’s Tale at this time.”

She concluded: “I am forever grateful to Bruce Miller for writing such truthful and resonant scenes for Emily, and to Hulu, MGM, the cast, and crew for their support.”

Alexis Bledel fans in shock after she QUITS Handmaid’s Tale

Alexis starred as the character, Emily, in the hit show since season one debuted in 2017.

Who is Alexis Bledel?

Alexis is a veteran actor and model who began her career in 1996.

She is best known for her role in the TV series Gilmore Girls, where she starred as Rory Gilmore.

She is also known for her parts in Mad Men and The Sisterhood of the Traveling Pants.

As a result of her performances, she has received several accolades such as four Primetime Emmy Award nominations and winning Outstanding Guest Actress in a Drama.

What is Alexis Bledel’s net worth?

As of May 2022, Alexis Bledel has an estimated net worth of approximately $6million, according to Celebrity Net Worth.

Her source of wealth is said to be from her career in the movie industry as an actress.

Additionally, she earns income from brand endorsements and sponsorships.