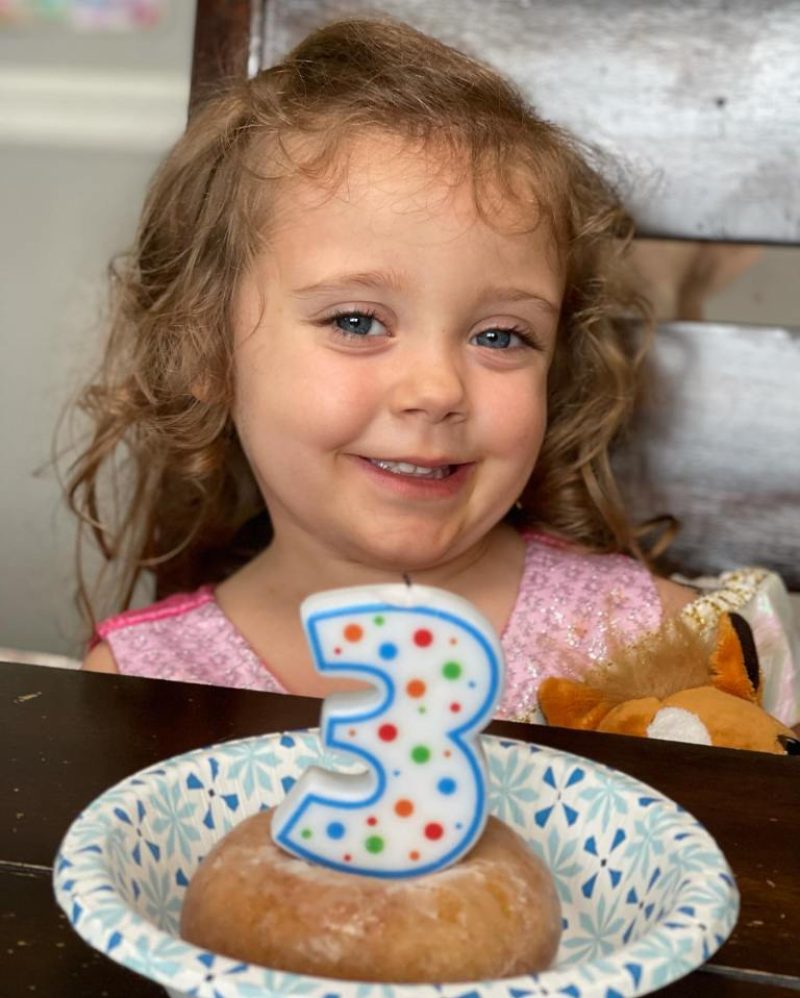 COUNTING On star Jessa Duggar has shared new pictures of her daughter Ivy as the family celebrates the toddler’s third birthday.

Fans couldn’t believe that she has grown up “so quickly”.

Taking to Instagram, 29-year-old Jessa shared two new photos of her daughter Ivy, whom she shares with Ben Seewald, 27.

In the first photo, the tot beamed in front of what appeared to be a donut with a third birthday candle on top.

In the second, she looked adorable in a pink princess costume.

Proud mom Jessa wrote in the caption: “We’ve had a wonderful time celebrating her and making her birthday wishes come true!

“She brings joy and laughter to our home every single day.”

The 19 Kids and Counting alum added: “I can barely remember what life was like before she was here with us!

“So thankful to God for this precious gift of Ivy Jane!”

Fans could not believe how quickly Ivy has grown up and shared their astonishment as well as their birthday wishes in the comments.

Another asked: “But how is she already 3 now?”

A third commented: “She’s as beautiful as her mother” while one described Ivy as Jessa’s “mini-me”.

While Jessa and her husband have enjoyed celebrating their daughter’s birthday, the TLC star has also been open recently about her own battles with mental health issues.

Last month, Jessa made a heartbreaking confession to her fans about her experiences with depression.

She made the original video in August 2020, but re-posted it in April as she celebrated Easter.

In the lengthy clip, she revealed that she struggled with “doubts” and depression “for years”.

Jessa, who grew up in the strict religious household of Jim Bob and Michelle Duggar, put her experiences in the context of her Christian community.

“I feel like most people go to church and people ask ‘How are you?’

“People don’t just open up and share about dark times or hard times.”

Instagram/@jessaseewaldJessa and her husband Ben Seewald also have two boys, Spurgeon, six, and Henry, five, and a baby daughter, Fern[/caption]