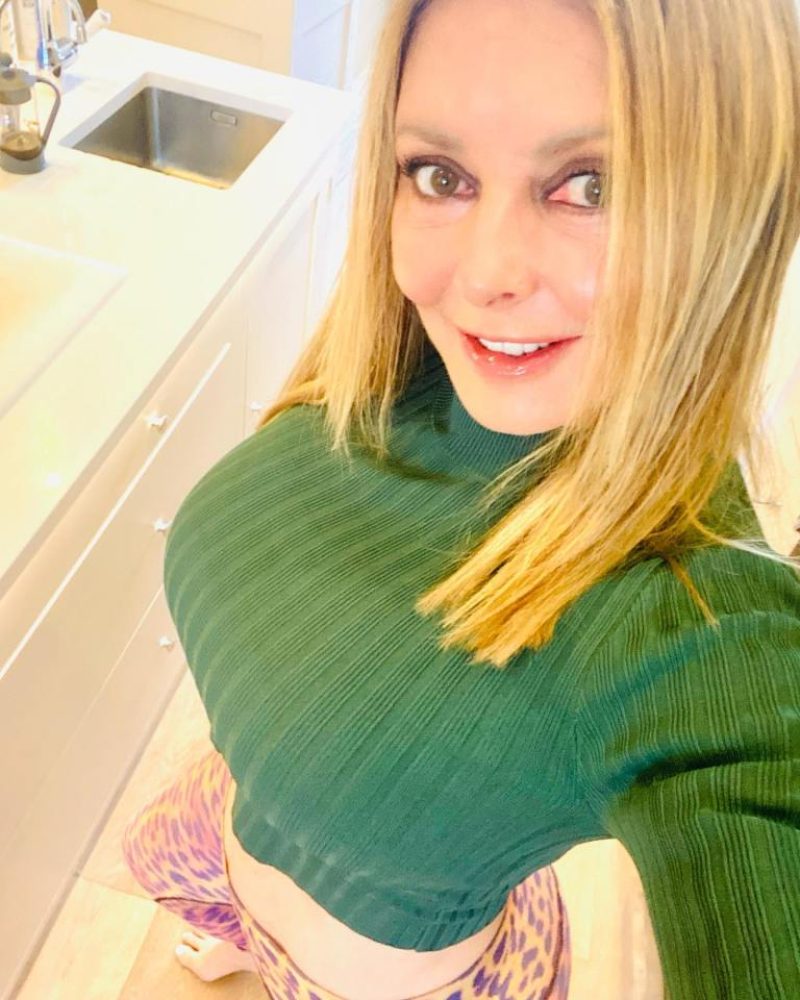 CAROL Vorderman kicked off her Saturday with a very sexy selfie in her kitchen.

The former Countdown star, 61, showed off her slim tum and famous curves as she posed in leopard print leggings.

She certainly enjoyed herself, writing on Instagram: “Ed Sheeran @teddysphotos was extraordinary……

“Glitter stripes tonight with Mr Wynne Evans in charge. Omg that man makes me laugh so much I could burst…”

Carol dressed to impress for the night in a white jumpsuit adorned with gold zips.

She accessorised the outfit with a tight white top underneath.

The TV star, who regularly shares her outfits with fans on social media, softly curled her hair and it tumbled over her shoulders.

Carol recently shared the secrets behind her age-defying body, telling HELLO! magazine: “Health is my big thing. I like paddleboarding, hiking and walking.

“During the pandemic, I was driving everywhere, sometimes six hours a day and I’d end up with a Deliveroo and a glass of wine in the hotel just to get over the day.

“When we got to the long lockdown, I thought I can’t do that again.

“I was feeling bloated and ill, so I switched it.”

“I started weights for the first time [this year], and I kitted out my lounge in my Bristol house and that was really good.

“I was doing three weights sessions online [per week] for months which is when I started to drop the weight.

“I am very happy with my weight.

“I’m now a small size eight to ten and that’s my happy place.”