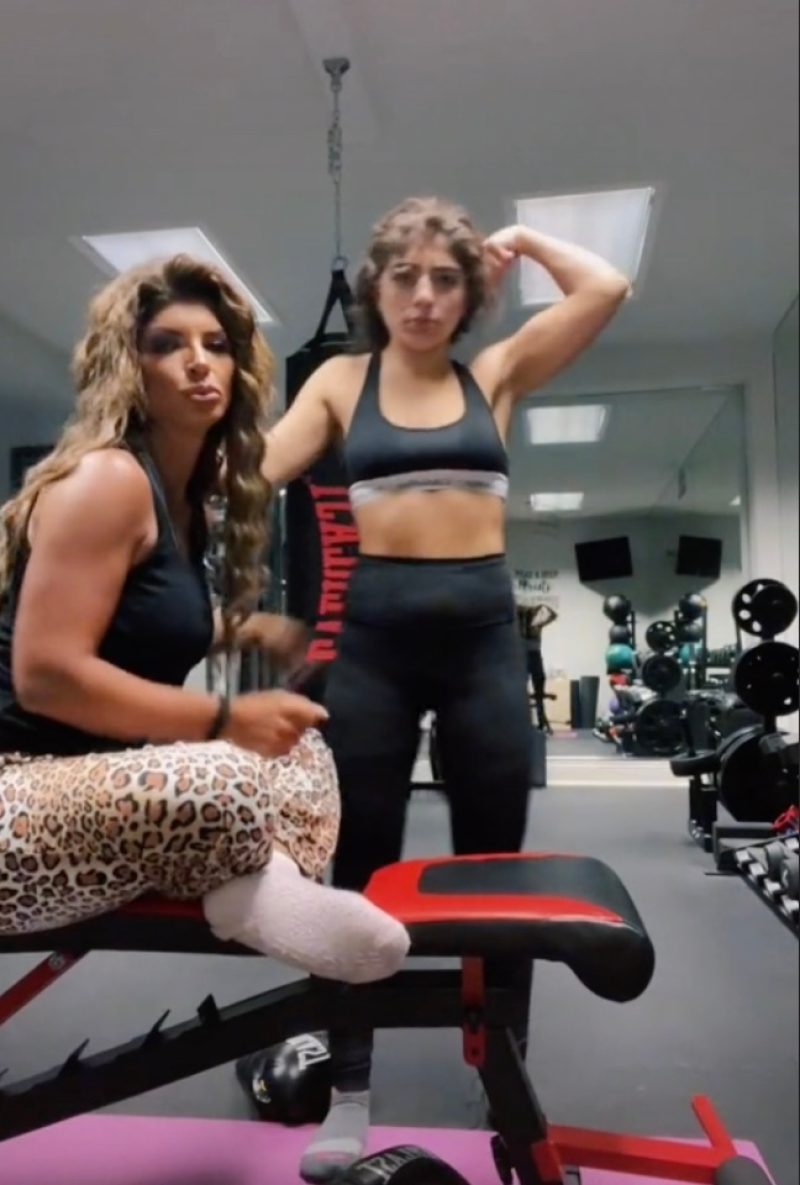 REAL Housewives of New Jersey star Teresa Giudice’s daughter Milania, 16, has given fans a glimpse at their full gym inside the family’s new $3million mansion.

The RHONJ stars appeared together in a sweet and sweaty TikTok video.

Teresa, 50, wore leopard-print slacks with a black top as her gym outfit.

The Real Housewives star went glam-free as she let her long hair loose and curly.

The young TikTok star had her hair combed back as she stood next to her mother.

Milania shared the workout results as she flexed her muscles and flaunted her toned abs.

In the background, the gym had a flat-screen TV, weights, and a black punching bag.

The mother/daughter duo mouthed the words to the Vixxle track, “She’s Buff.”

Milania captioned the post: “She came to watch me workout.”

Along with Milania, Teresa is the mother of three other daughters Gia, 21, Gabriella, 17, and Audriana, 12.

The exercise room can be found in the basement of the Bravo stars’ new mansion.

The basement also featured a bed, a bathroom, and a rec room.

In October 2021, Teresa and Luis moved into their Montville Township, New Jersey property.

The first floor housed the kitchen, dining room, living room, an office with wooden furniture and a large brown leather chair, and a laundry room, along with one bedroom and full bath.

The backyard included a flower-filled garden with a huge lounge bed for sunbathing.

The incident took place during a “heated” argument on October 4, 2012, in Orangetown, New York.

According to a police report obtained by Page Six, Marisa DiMartino “reported that after her estranged husband dropped off the children the two began to argue over finances.

“The dispute became heated and culminated with [Luis] pushing [Marisa] into a metal support pole in the garage.”

The report continued: “This action took place in the presence of the couple’s son. [Marisa] refused medical attention and was adamant that she did not wish to sign a charge.”

Luis’ ex-wife had not pressed charges back then.

No arrest was made for the suspected harassment offense.

Teresa and Luis have been engaged since October 2021, one year after she finalized her divorce from Joe Giudice.