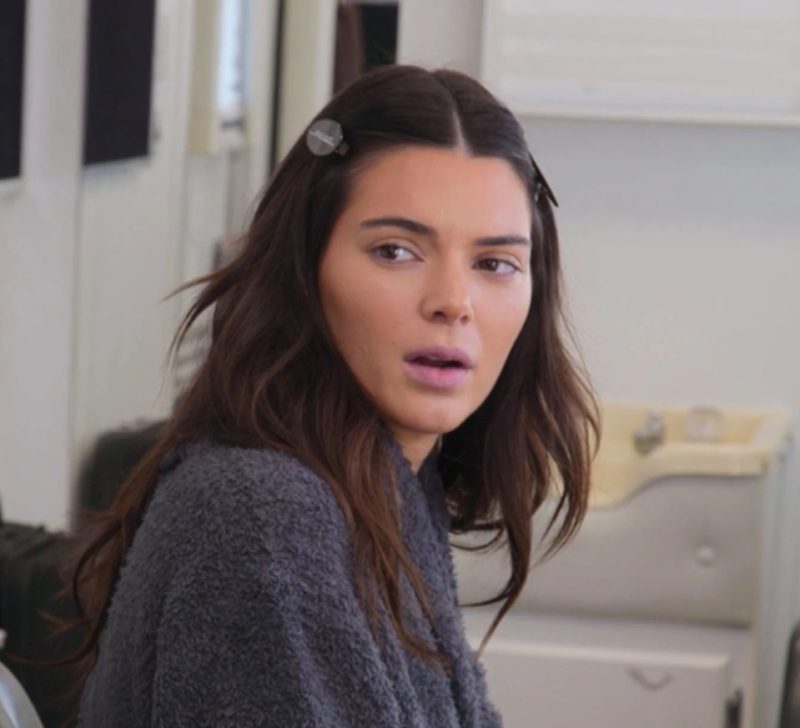 KIM Kardashian and her sister Kendall Jenner’s real skin texture was revealed in a video of their Hulu show’s promo shoot.

The reality stars often appear flawless and totally airbrushed in the immaculate photos they post on social media.

But Kim, 41, and Kendall, 26, displayed their real skin while filming the photoshoot for The Kardashians in the latest episode of the Hulu show.

While Kendall still looked stunning, her mild under-eye circles and blemishes were visible as she got ready in the makeup chair.

Similarly, Kim looked as beautiful as her social media snaps, although her pores were more defined in real life.

All of the Kardashians have been called out for their extreme photoshop online after photos emerged of them at red carpet events.

Fans thought Kim and her mom Kris Jenner looked drastically different in the professional photos taken at the Met Gala earlier this month.

Meanwhile, back in February, Kendall was accused of getting lip fillers like her sister Kylie, 24.

The Keeping Up With the Kardashians alum drew attention to her pout when she was photographed at the Super Bowl this year with her lips looking larger than ever.

The photograph made its way to Reddit, and people did not go easy on the supermodel.

Last month, Kendall and Kylie were both accused of going “overboard with lip fillers” when they appeared in a TikTok together.

The sisters had matching full pouts when they lip-synced to Mariah Carey’s song, Always Be My Baby, in the clip.

In 2017, Kendall shut down plastic surgery speculation after fans claimed she’d had her lips done.

Kendall said in a blog post titled The Most Upsetting Rumour: “I was like, ‘This is CRAZY!’

“I didn’t even address it at the time because if I address it people are going to be like, ‘Oh, so she’s defending herself – she must be guilty.’”

She added in an Instagram Live: “As a model, why would I have my face reconstructed? It doesn’t even make sense.”

However, in October 2021, Kendall was seen leaving a plastic surgeon’s office wearing a full face mask.

In March, Kendall also faced speculation that she’d had a boob job.

The reality star was photographed looking fuller-chested than usual while on her way to visit 818 Tequila’s bar at REVOLVE Social Club in Los Angeles.

Fans said it looked like she’d had a very “natural-looking” breast augmentation as she stepped out in a crop top and khaki skirt.