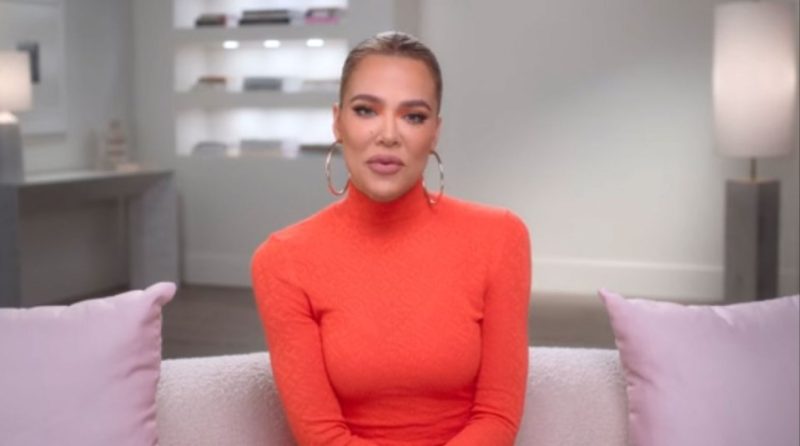 KHLOE Kardashian has shown off her updated food pantry on the latest episode of The Kardashians.

In the scene, Khloe, 37, toured the luxurious home as she prepared to move in with her daughter, True, four.

She also revealed that her ex, Tristan Thompson, 31, would reside in the home – though they had since split due to his love child scandal.

The Good American founder enthusiastically admired the house’s interior as she walked from room to room.

She particularly gushed over her fully stocked, walk-in food pantry, with more than enough snacks for the family of three.

“Look at my f***ing pantry!” she screamed as her mother, Kris, and her boyfriend, Corey Gamble, complimented the lavish space.

The massive closet was aligned with cabinets and shelving, neatly displaying numerous turntables of peanut butter, syrup, spices, and other items.

Kris, 66, could be heard in the background, jealously remarking: “Oh come on!” at her daughter’s outlandish display.

Khloe responded: “Well, I took a garage to do this!”

The group walked through the closet as the camera panned over the elaborate space, which also featured baskets of food for storage and multiple shelves of fine china along the top.

Corey asked his momager, Kris if she was “proud” of her daughter’s gorgeous home as they continued to admire Khloe’s over-the-top pantry.

Khloe also adored the space, saying, “You guys, this is f***ing amazing.”

Corey commented again in amazement, “This is organized as s**t,” to which Khloe replied: “Duh.”

Fans, however, weren’t as impressed with the rest of the home as viewers slammed the TV star for her “boring” décor.

The whole house had been decked out in neutral tones with pale wood flooring, gray rugs, and sleek black windows.

The kitchen featured a marble counter and white chairs, while the living room boasted comfy beige couches arranged around a beige coffee table.

While the mother of one was pleased with the final result, viewers at home were critical of the monochrome look.

One wrote on Reddit: “Honestly, 2 years to build a boring white mega-mansion as if that’s so hard to find. Nothing special about it and no warmth to it at all.”

Another added: “Khloe’s house is so neutral. It needs some color, or she could’ve done it like Kris, neutral but warm and cozy.”

A third posted: “All so beige and unoriginal.”

Khloe and Kris bought the mega-mansions next door in 2020 and moved in late last year after months of delays.

In June 2021, the mother-daughter duo claimed they were conned by a builder who ran off with their money and the deeds to their properties.

Khloe told her sister Kendall, 26, on an episode of KUWTK: “We don’t have houses currently.

“We ran a background check on him. He had a 35-page rap sheet. I told mom I was not comfortable using him. Mom wanted to still use him,” she explained.

“We ended up firing him because he sucked, and he was trying to steal from me, and now he took our houses, and they’ve been on a standstill.”

During a confessional interview, Khloe said: “A contractor left with our deeds, a lot of our money, and we’re not allowed to go onto our properties.

“So we can’t even have a contractor take over while we’re trying to get our deeds back or close escrow.”

HuluKhloe purchased the home next door to her mother, Kris Jenner[/caption]