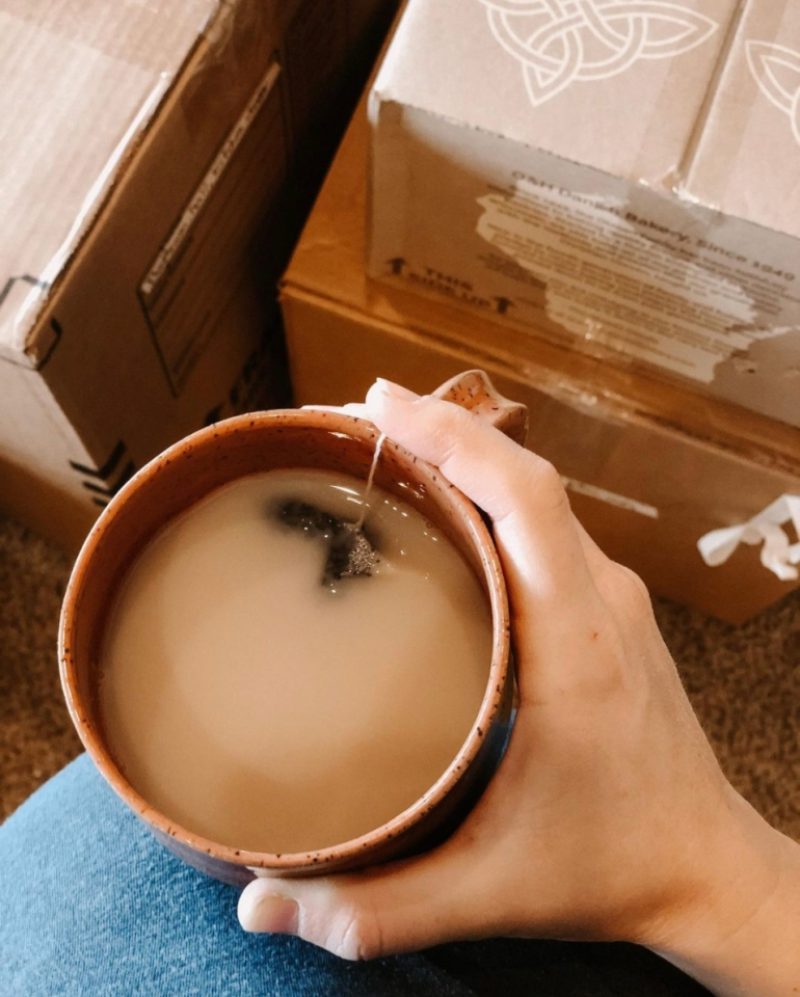 JILL Duggar has shared her first photo inside her new Arkansas home as she ‘distracted’ herself from brother Josh’s prison sentencing for child pornography charges.

Jill, 30, has shared how she tried to herself “busy” in an Instagram photo.

The Counting On alum took a close-up shot of “one of my favorite mugs.”

She made a “warm cup of vanilla tea with honey and cream.”

The reality star has been “settling into” her “new place” by “unpacking, paperwork, repairs.”

Jill mentioned she was “trying to distract” herself while still going through the “waves of processing to do.”

The TLC star stood in front of three large boxes that needed to be cut open and unpacked.

In February, the couple shared an emotional message about their “little secret” and announced they were expecting a third child.

Recently, the 19 Kids and Counting star shared the inside of her new $385K Arkansas home.

The TV personality displayed the kitchen, the repainted cabinets, and the two remodeled bedrooms.

After the remodel, both rooms were repainted with a more subtle “Sherwin Willams White Duck”.

Jill captioned the post: “We are so excited to show y’all a sneak peek of our new house!

“We knew we wanted to make a few changes to the new place to update it + add some personal touches, so we scouted around and found someone to help us!”

She concluded: “We are so happy with how everything turned out!! We are thinking of adding a backsplash to the kitchen in the near future, so feel free to drop your suggestions below!”

According to The Sun’s court reporter, the judge called Josh’s crimes “the sickest of the sick” to a packed courtroom.

He told Josh: “You have done some very bad things. But in your life as a whole, you’ve done good things. The true test of a man’s character is what a man does when no one is watching.”

The Sun exclusively obtained photos and video of Josh’s wife, Anna, as she fled the courtroom.

Anna had a sullen look on her face after hearing the news about the father of her seven children staying behind bars.

In a scathing blog post, Jill and Derick commented on the sentencing: “It is unfortunate, but it seems that it may take spending over a decade in federal prison, and still more on probation, for Josh to have any potential for rehabilitation to the point he can safely live in society again.

“Hopefully, Josh can actually begin to get treatment and begin to work toward a lifestyle where he is less likely to re-offend.”