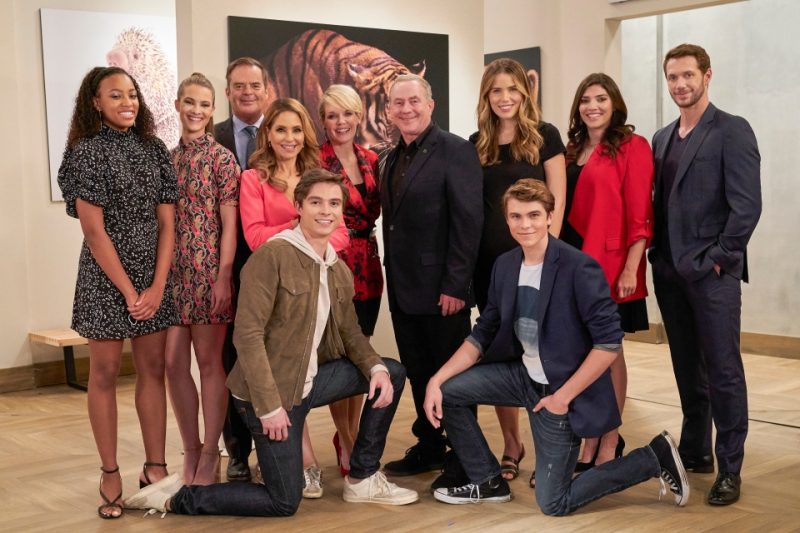 GENERAL Hospital has revealed that the show is losing two of its stars in a major cast shakeup.

According to Soap Opera Digest’s latest issue, General Hospital fans will be saying goodby to Johnny Wactor, who plays Brando Corbin, and Chris Van Etten, who stars as Chet Driscoll.

Lucky for Brando fans, Johnny will only reportedly be leaving the show for a few episodes.

While he’s away, a recasting has actor Brad Schmidt filling in for a bit.

While this will be Brad Schmidt’s debut on GH, he actually got his acting start on soaps two decades ago.

He was in an episode of As the World Turns in 2002 and then a few episodes of Guiding Light that same year.

Brad went on to appear on shows like Summerland, Joey, CSI: NY, Entourage, House of Lies, and, most recently, Yellowstone.

Johnny has been held the role of Brando since he was introduced to viewers in 2020.

Lovers of Chris and his character Chet won’t be as happy, though, as he seems to be leaving for good.

It looks like his potential relationship with Terry Randolph (played by Cassandra James) will never see the light of day, as a source told the magazine that Chris is moving out of California with his family, cutting Chet’s storyline storyline short.

These are only the latest cast shakeups on General Hospital, as there have been quite a few lately.

Nancy Lee Grahn, who has played the role for over 25 years, had to be replaced by Stephanie Erb for a short while.

The recasting was done after Nancy had to take a bit of time off from work due to having back surgery.

Fans took to social media to share how “shocked” they were to turn on GH to see that the fan-favorite character was all of a sudden being portrayed by a new star.

One fan wrote: “This Alexis recast shocked me!”

Another confused user asked: “Who is this Alexis, she’s really looking and sounding different today.

Many blasted the decision to recast as “odd” and said they wished General Hospital had just waited until Nancy could return.

“No offense to tempAlexis, but I wish they would have postponed these Alexis/Harmony scenes until @NancyLeeGrahn is back,” wrote one upset fan.

They added: “I hope you feel better soon NLG.”

Another wrote: “Dang that women is playing Alexis? I’m sorry but bring @NancyLeeGrahn back fast, some roles just can’t be recasted.”

Luckily for fans, she told them in late April that she was back at work as Alexis on the longtime soap opera.

She began in an Instagram video: “Hi, I’m back! Today was the first day I was back at General Hospital.”

The fan-favorite star said she had a “really fun” day, before noting that her time away from the show was “the longest I have been off of work since I’ve worked on daytime.”

After updating fans to let them know she’s back filming as Alexis, she also teased a bit about what might be in store for her character coming up.

“What is also crazy is, when I was a young gal, I had a huge crush on Trapper John, MD,” she shared. “And, today, I had all my scenes with him. It was really fun.”

After the little storyline tease, Nancy went on to thank the actress who temporarily replaced her as Alexis.

“Also, thank you, Stephanie Erb, very much for filling in for me,” she said in the video. “It’s much appreciated.”

She added: “And I didn’t get to meet you, but I hope I do soon. One day soon. Thanks again!”

GettyMeanwhile, Chris Van Etten is leaving his role as Chet Driscoll on GH for seemingly good[/caption]