What prize does The Masked Singer US winner get? 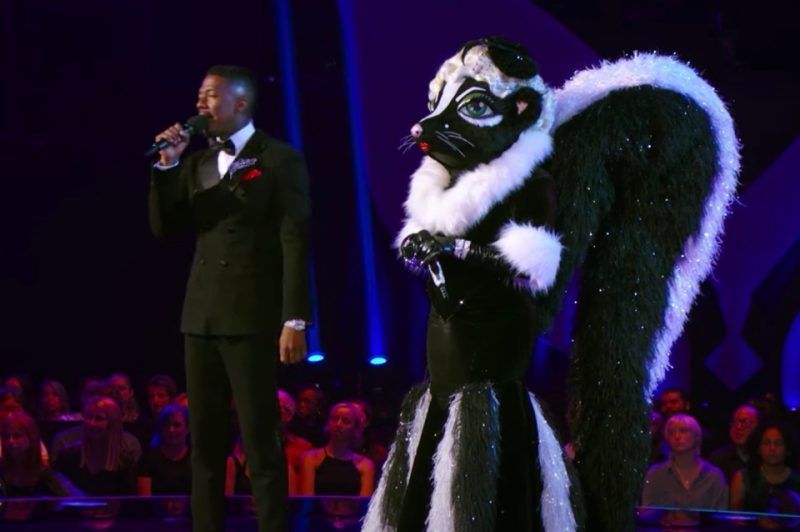 PRIMETIME spectacle, The Masked Singer, is one of the most popular competition shows in the US.

The Masked Singer season seven finale shocked viewers when Firefly, who was unmasked as Teyana Taylor, was revealed to be the winner of the competition.

The Skunk is one of the featured competitors on this season of The Masked Singer.Fox

What costumes are on this season?

The seventh season featured a multitude of contestants.

The disguised competitors for this past edition included:

What prize does The Masked Singer US winner get?

The prize that the champion of the singing show receives is a trophy with a mask on it.

The Masked Singer’s seventh edition winner was musician Teyana Taylor, who was incognito as Firefly.

Coming in second place during the same cycle was The Goldbergs star, Hayley Orrantia.

Hayley was in disguise as Ringmaster, while Cheyenne Jackson placed third as the Prince.

most read on the masked singer


Prize details from The Masked Singer revealed, find out what the winners get!

Season six’s winner was Queen of Hearts, who was revealed to be singer Jewel under disguise.

In second place came Bull, who was celebrity Todrick Hall.

Season five’s winner of the Masked Singer was the Piglet, who was revealed to be singer Nick Lachey.

The judge who manages to guess the most contestants wins a Golden Ear trophy.

The judges on The Masked Singer include Robin Thicke, Jenny McCarthy, Ken Jeong, and Nicole Scherzinger, and is hosted by Nick Cannon.

This prize was a late addition to the show, coming in the fourth season of The Masked Singer.

The judge who won the Golden Ear trophy was Jenny McCarthy.

She won the Golden Ear trophy the season prior as well.

There is no cash prize on the show or donation to a charity of the celebrity’s choice.

Winners of the Masked Singer

The Masked Singer is a reality series that airs on Fox. Celebrities dress in costume and perform in front of a panel of judges. The singers give the audience clues on who they are. The show premiered in 2019.

While there is no grand prize, the contestants are paid to appear on the show.

The contestants are paid per week, for the episodes they appear on, as well as receiving a signing bonus.

There is no definitive salary for each contestant, but the dollar amount most likely varies.

As with other, similar shows, the weekly salary and signing bonus varies with the magnitude of the star performing.

Who won The Masked Singer?

The first winner of the show was recording artist T-Pain who performed as Monster.

The second winner of the show was five-time Emmy winner Wayne Brady who performed as Fox.

The third winner of the show was Real Housewives of Atlanta star Kandi Buress who performed as Night Angel.

The fourth winner of the show was LeAnn Rimes, who performed as Sun.

The fifth winner of the show was multi-platinum recording artist Nick Lachey, who performed as Piglet.

The sixth winner of the show was singer Jewel, who performed as Queen of Hearts.

Teyana Taylor was unmasked as Firefly after taking home the victory for the seventh cycle.