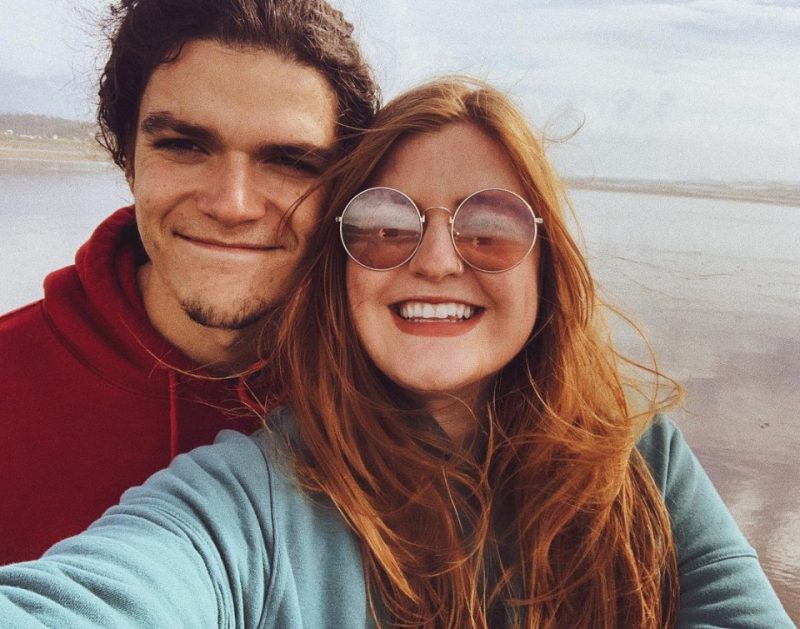 LITTLE People fans are hopeful that Isabel and Jacob Roloff are preparing to unveil their infant son’s face on social media.

The mom of one shared a cryptic post on social media that got fans buzzing.

She and Jacob welcomed their son in December 2021.

“You don’t need to police another person’s experience. It will happen as it’s meant to. I don’t really believe in teaching people lessons. I believe they will learn what they need to on their own. Nearly everything my mother warned me about, I didn’t truly learn until I went through it. She warned me all she could, but it didn’t really land until I was in the shoes myself.”

She continued: “I think one of the most loving things we can do is encourage, uplift and lead by example with the people we love. Allowing them to experience the full spectrum of their own messy lives. And loving them along the way all the same.

“I do not expect perfection from others, because I would want grace granted to me when I fail. We are all going to get it wrong sometimes, that is guaranteed. After all, we are only human.”

Reddit users seemed to think she was alluding to a personal change of heart – perhaps about not showing her son’s face on Instagram and other forms of social media.

The original poster captioned the thread: “Is a baby picture coming?”

Someone else wrote: “I thought maybe it meant she and Jacob might start filming for the next season.”

A third fan chimed in: “Do people really give a s**t if they post a pic of their kid or not? I can’t believe that people care. And if they do, why???”

A fourth commented: “I hope not that would be her biggest moment of hypocrisy ever.”

They give fans small glimpses at the baby, posting everything but his face.

In the photo, Jacob appeared to have a massive smile on his face as he posed with his wife.

Mateo, meanwhile, was tucked away in a baby carrier, snug and warm.

Mateo was looking away from the camera as his head was covered with a black beanie.

In the next Story, Isabel filmed the sand while holding onto Mateo.

The shadows of the mother/son duo appeared on the sand’s surface.

The TLC star added a pleading emoji – meaning she was emotionally moved – at the top corner.

The Bon Iver song, Beach Baby, played in the background.

The snap came amid rumors that family patriarch Matt Roloff, 60, reportedly picked one of his children to take over for Roloff Farms, a 100-acre farm in Helvetia, Oregon.

He was reportedly planning to retire soon and expecting to spend more time at his vacation home in Arizona with his girlfriend Caryn Chandler.

A source close to the patriarch told The Sun: “Matt would prefer Jacob and his wife, Isabel, to take over the farm but he’s not sure they are on board at the moment.”

The insider continued: “He is the youngest son but Matt knows Jacob has potential, they are on the farm a lot, and Matt thinks this is a good way to teach him a lot of things he needs to learn.

“Zach has also mentioned taking over the farm, and Jeremy has said in the past he would like it.

“So Matt is still kind of stuck on what the next steps are, but he would prefer Jacob.”

The source concluded: “Matt is on good terms with all his sons, and Jeremy has been working on making the pumpkin season for visitors, but the situation of who will take over the farm is still an issue yet to be resolved.”

It’s since been confirmed that Matt instead put the farm up for sale, causing a rift in his relationship with son Zach Roloff.

“Well the cats out of the bag,” he captioned the photo. “I want to make sure you all hear the big news directly from me.

“All of @rolofffarms has brought me and our family great joy for the past 30+ years!

“Today 16 acres of the farms 109 acres go up for sale. including our original family home and bright red barn.

“It’s a tiny bit scary but mostly exciting. It’s time to move toward the next season of life.”

He signed the message: “Soldiering on, Matt Roloff.”

According to the Wall Street Journal, Matt, 60, is asking $4 million for the Oregon farmhouse where he and his ex-wife, Amy, raised their four children.

While the lot for sale is only a fraction of the total owned land, the 16 acres offer enough unique features to be considered its own theme park.

Matt said he plans to build another home on the remaining land, and will continue to grow pumpkins on it.

He added he would split his time between the farm and his home in Arizona, with his girlfriend Caryn Chandler.

The Roloff family legacy has been a source of stress and strife for Matt and the family.

In a trailer for the new season of the TLC reality show, son Zach opens up about the drama between him and his father over the property.

“The temperature is still pretty high between my dad, and me and Caryn [Chandler],” Zach explained in the trailer as he and his family walk onto the farm.

“After the farm deal fell apart, there has been some tension between us,” Matt said in a confessional.

Social Media – Refer to SourceIsabel shares photos with the baby in them, but shields his faced[/caption]