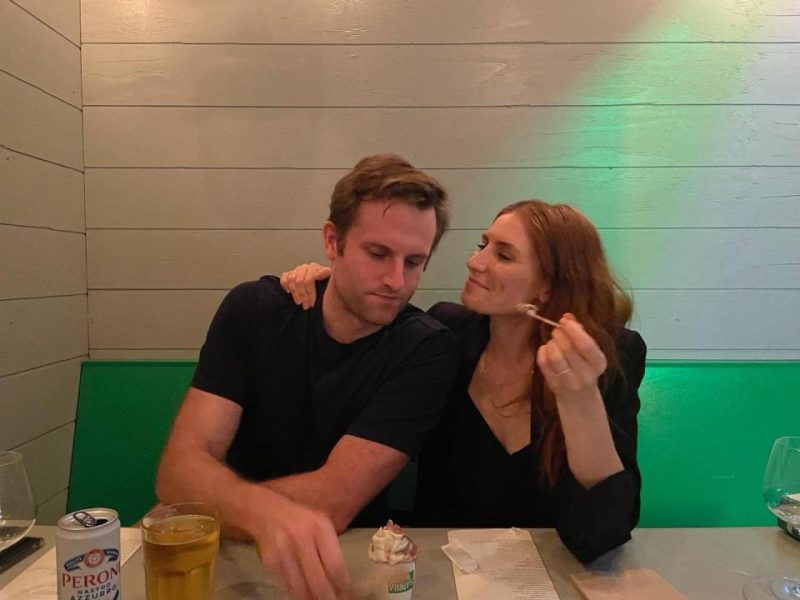 SCHITT’S Creek star Sarah Levy has been keeping herself busy since the popular show came to an end in 2020.

Now, Levy is focused on spending time at home with her husband, preparing for the arrival of their first child.

Since October 2021, Levy has been married to Graham Outerbridge.

Like his wife, Outerbridge also has a career in the entertainment industry as an actor and producer.

Over the years, he has been seen in several productions, including The Britishes, Distancing Socially, Agents of S.H.I.E.L.D, and Guiding Light.

When is Sarah Levy’s baby due?

On May 16, 2022, Levy took to Instagram to announce that she is expecting her first child.

“We’ll take all the salt & vinegar chips and the hottest hot sauce you have, thx!,” she captioned a photo of her growing baby bump.

Despite the pregnancy being confirmed, an exact due date for Levy’s baby is still unclear.

After Levy posted the pictures, fans quickly flocked to the comments section to celebrate the exciting news.

Brother and Schitt’s Creek costar Dan Levy commented: “I’ll finally like a baby! (Minus a few select others).”

Another commenter wrote: “Sarah!!!!! I’m SO excited for you and Graham! I’ll send you All Dressed chips from Canada!!!”

“You are amazing! Also I’m going to need a debrief of your fave hot sauces,” a third added.

What is Graham Outerbridge’s net worth?

A career in the entertainment industry often comes with a large payday and Outerbridge’s career is no exception.

While an exact net worth for the star is unclear, it is reportedly anywhere between $1million and $5million.

This number comes mostly from his acting career.

Along with appearing in several shows, Outerbridge also has a directing credit for an episode of Super Singe, and producer credits for Distancing Socially and the short Je Suis Ici.