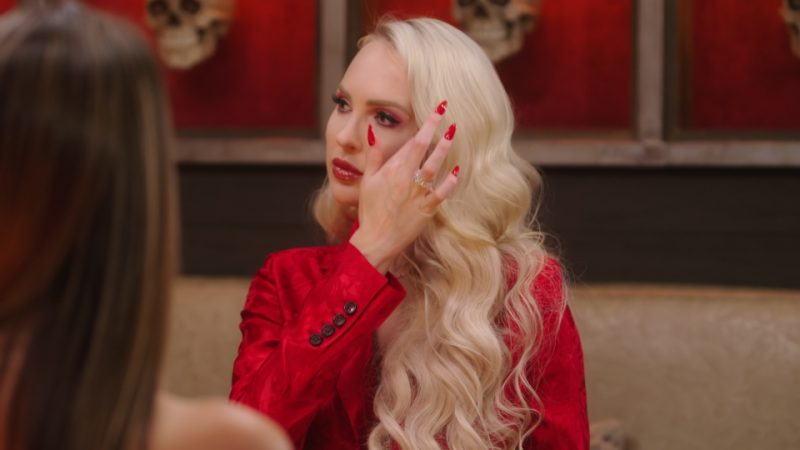 SELLING Sunset’s Christine Quinn has claimed that a show producer told her to kill herself amid “horrifying” experiences while filming.

The reality star also revealed which of her castmates gets paid the most.

Appearing on the podcast Call Her Daddy, Christine, 33, opened up about the environment on set.

Naming show producer Adam DiVello, the man behind the Netflix hit, she claimed: “There have been complaints filed against him. Multiple complaints.

“It’s been sick, he actually told me to go fall down the stairs and kill myself at one point.”

She continued: “That wasn’t the first complaint I filed against him, there was another complaint to where, to this day, he cannot actually step foot on set with any women in the office because of misconduct.”

The realtor, who was part of the Oppenheim Group for four years before cameras began filming, continued: “It was extremely terrifying… he’s screaming in my face, it was horrifying.”

Christine claimed that Adam “berated” her for being “too honest” in an interview about Selling Sunset.

“In addition to that, I don’t want to get too much into it,” she continued, “but there was inappropriate sexual misconduct.”

The Selling Sunset actor also spilled the tea over the stars’ differing salaries.

Call Her Daddy host Alex Cooper asked: “Who gets paid most on the show?”

“Me”, replied Christine with a smile.

She explained further: “I’m gonna get sued after this, I don’t care. Come after me, you can’t afford my lawyers.

“There are three different tiers, I get paid the most, amongst Jason [Oppenheim] as well.”

But the villain’s hefty paycheck wasn’t a granted privilege for her pot-stirring role.

Christine revealed that she worked with an entertainment attorney to achieve a salary that matched her “value.”

“I think it’s all about recognizing your worth,” she added.

The recently-released season five of Selling Sunset put Christine at the center of the drama yet again.

Viewers were shocked by storylines that saw Christine leave the brokerage over claims that she bribed a client not to work with her colleague.

The claims saw boss Jason plan to fire his long-time agent, but Christine has since confirmed that it was her decision to leave the Oppenheim Group in real life.

She also says that the bribery claims were not true and were just a storyline.

However, she tested positive for Covid-19 ahead of the show’s reunion and was not able to give her side of events.

MegaShe has since left The Oppenheim Group to form a new real estate company with her husband, Christian Richard[/caption]