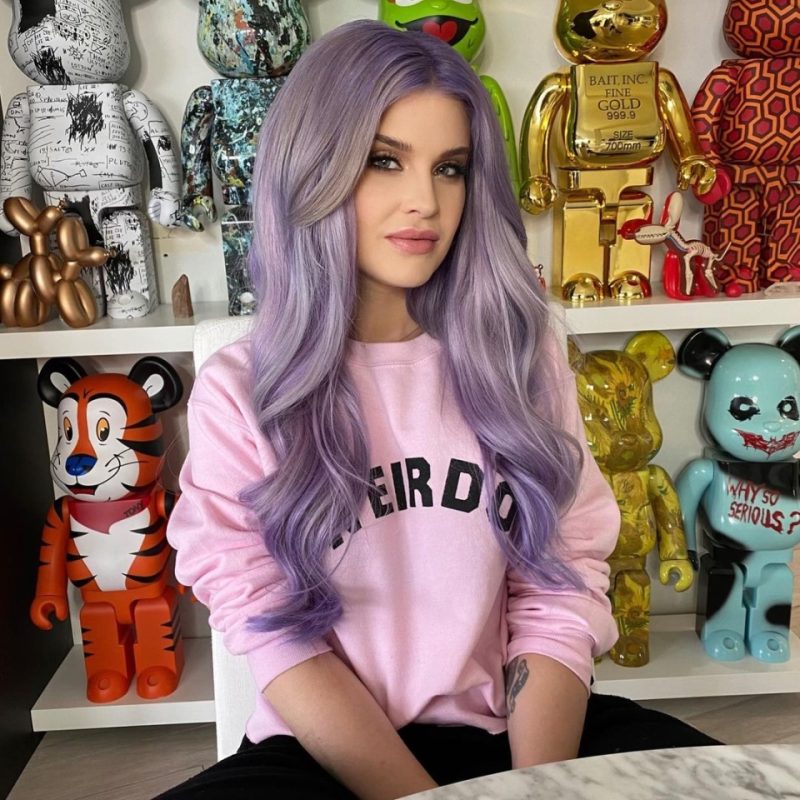 And now Kelly Osbourne is packing up and getting a new family home, after putting her four bed, five bath bachelorette pad on the market.

The luxury property, formerly owned by Rooney Mara and Alexander Skarsgård, has been listed for $5,950,000 by Blair Chang, founding partner of The Agency.

Kelly is hoping to make big bucks on the sale, having bought it for just $3.575 million.

An online description of the property reveals the private, gated modernist pavilion sits on over three-quarters of an acre at the end of a cul-de-sac with “phenomenal views of the city, ocean and mountains.”

Everything to know about why Kelly Osbourne checked into rehab

It includes a Poggenpohl kitchen which sits adjacent to the living room and boasts stylish walls of glass, Fleetwood sliding doors and a freestanding fireplace for seamless indoor/outdoor transition.

With sweeping views of Hollywood, the new homeowner can entertain on 2,000 sq. ft. of terraces and decks, while the property also offers a pool and spa, along with a professionally landscaped garden.

It’s not known where Kelly is moving to, but there’s a chance she could be heading back to the UK to join her famous parents, Ozzy and Sharon Osbourne, who are relocating.

Kelly gushed that she is going to “be a mumma” in a sweet Instagram photo as she showed fans her baby scan photographs.

“I know that I have been very quiet these past few months so I thought I would share with you all as to why,” she wrote.

“I am over the moon to announce that I am going to be a Mumma. To say that I am happy does not quite cut it. I am ecstatic!”

Fans immediately flooded the comments section to congratulate Kelly, saying that they were “happy for her” and beau Sid.

Kelly confirmed her romance with the rock star, 45, earlier this year with a sweet Instagram photo of the pair kissing.

“After 23 years of friendship I can’t believe where we have ended up,” she wrote. “You are my best friend, my soulmate and I am so deeply in love with you.”

Last year, Kelly was “checked into rehab” after she admitted to having relapsed in alcohol addiction following four year of sobriety.

The TV personality was said to be seeking treatment in an Austin, Texas facility according to Radar Online.

A source close to the family told the outlet: “The scandal about her mom’s exit from The Talk had a tremendous impact on her.

“At the same time, Ozzy has crippling Parkinson’s disease and excruciating nerve damage. Kelly felt everything hit her at once.”

The TV star’s decision comes months after she admitted she relapsed in a confessional on her Instagram Stories.

At the time she wrote: “This is a little hard for me to talk about but I’ve always promised you I will be honest with you about where I’m at and what’s going on on my road to recovery.

“I relapsed, not proud of it but I’m back on track and I will be doing a podcast this week where I tell everybody about what’s going on and what happened.”

She added she was taking things “one day at a time” and said she wanted to tell fans the “truth” because she “never wants to lie” to them.

Kelly added: “I just want to let you know that I’m sober today and I’m going to be sober tomorrow.”