Marnie Schulenburg vowed to be ‘strong’ in tragic final photo with daughter Coda, 2, just days before her death at 37 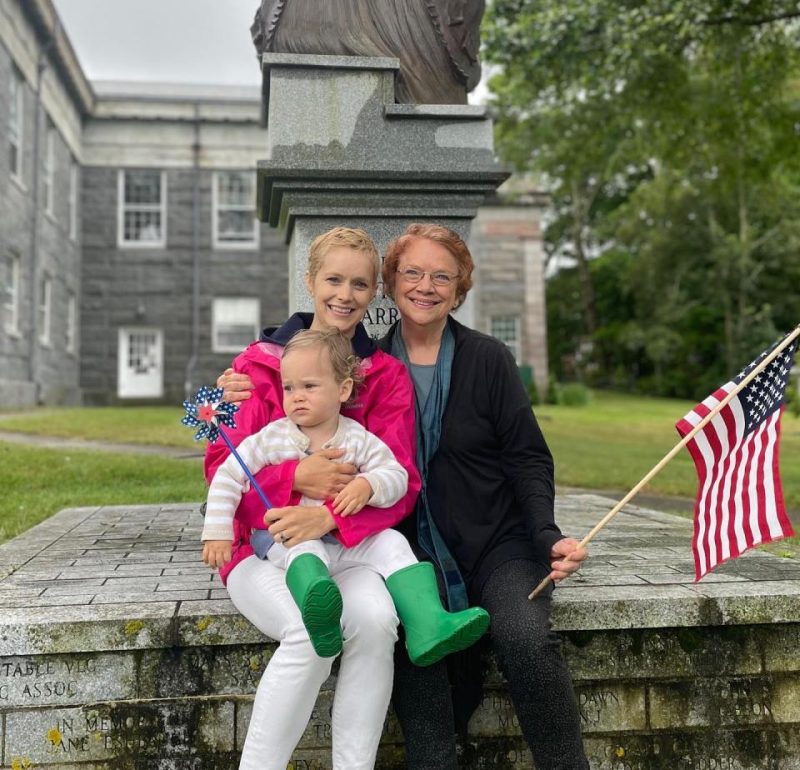 MARNIE Schulenburg had vowed to be “strong” in tragic final social media post with her daughter, just days before her death on Tuesday.

The late soap opera star, who appeared on As The World Turns and One Life to Live, passed away at the age of 37 following a long battle with breast cancer.

Earlier this month, Marnie celebrated Mother’s Day with a sweet post about how happy she was to spend as much time as she could with her two-year-old daughter, Coda.

Along with a collection of adorable photos of her and her child, the actress wrote on May 8: “It wasn’t a guarantee that I was going to be home this Mother’s Day.

“I got released late Friday night but had to be sent home with an oxygen machine.

“It’s not my ideal to be a 38 year old Mom who needs an oxygen tank to survive right now.

“I want to be strong and beautiful for her.

“I want to show her how to move throughout this world with compassion, strength, vivacity, humor and joy like my Mother showed me.”

The late actress gave birth to her and her husband Zack Robidas’ daughter in December 2019.

A few months later, in May 2020, she revealed that she’d been diagnosed with metastatic breast cancer.

Almost two years since sharing her diagnosis, Marnie passed away on Tuesday at a hospital in Bloomfield, New Jersey, a representative confirmed to The Hollywood Reporter.

She died just a few days before her 28th birthday, which was to take place later this week.

In her tragic final post on Instagram on Mother’s Day, she had added: “I know that me being here for [my daughter] is the best gift I can give her but right now it feels like settling since she’s getting a half-life version of myself.

“My mother showed up 100% all day everyday for me growing up or at least it seemed that way.

“I want to give Coda the same but I must be kind to myself and remember that nothing is permanent.”

Marnie continued: “On May 8, 2020 I found out I had Breast Cancer and truly thought my life was over.

“Two years later I’m still here and my chances of sticking around her better each month that goes by.

“So here’s to remembering that nothing is permanent. To soaking up the imperfections and that the best thing you can do for your child is make them feel loved, safe and supported just like my mother did for me.

“Screw the oxygen mask, just remember how to breathe.”

Marnie’s first acting gig was in 2007 on the daytime drama, The Young and the Restless, in the role of Alison Stewart.

She only had a small part on the show, but she later had a longer soap opera run with the character when it moved over to As The World Turns soon after.

During her final year on the soap, she was nominated for a Daytime Emmy award in the category of Outstanding Younger Actress in a Drama Series.

A few years after her run on ATWT, Marnie had a recurring gig on One Life to Live as Jo Sullivan.