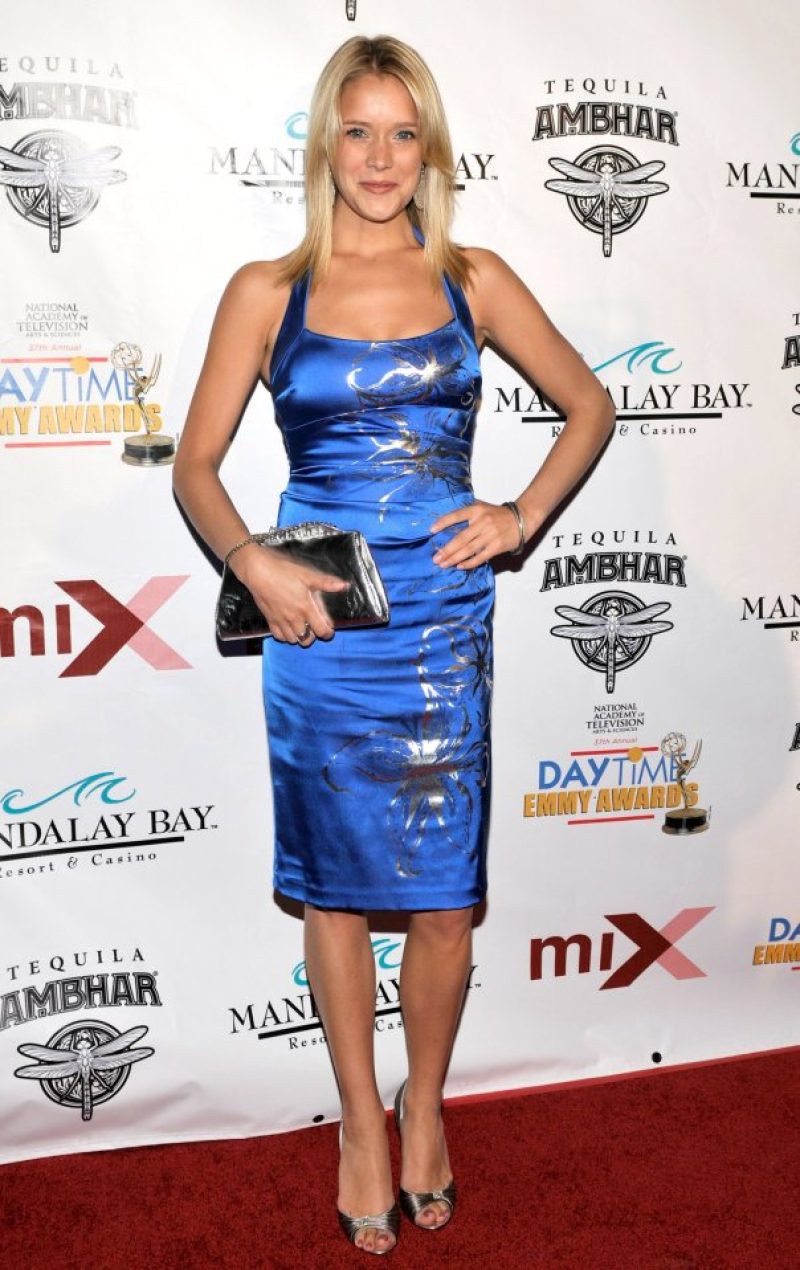 Actress Marnie Schulenburg, star of As The World Turns and One Life to Live, has died age 37.

She passed away on Tuesday following a battle with stage 4 metastatic breast cancer.

Marnie is survived by her husband, actor Zack Robidas and their daughter, Coda, 2.

The star was diagnosed with cancer five months after Coda’s birth in December 2019.

Massachusetts native Marnie was best known for her role as Alison Stewart on As The World Turns, for which she received a Daytime Emmy nomination.

She played the character from 2007 until the show was cancelled in 2010.

Her three-year portrayal of Alison made her the longest-tenured actor in the role.

Following her breakout success, Marnie went on to star in the ABC soap One Life To Live, which hit the screens in 2013.

Marnie revealed in May 2020 that she had been diagnosed with metastatic breast cancer, an advanced stage of cancer to which there is no cure.

The mom-of-one shared her fears and hopes with her followers on Instagram throughout her battle.


US has wreckage from UFOs – the truth could change the world, says Congressman

10 days before she died, Marnie shared a series of family photos and wrote: “It wasn’t a guarantee that I was going to be home this Mother’s Day”.

She addressed her two-year-old daughter as she continued: “I want to be strong and beautiful for her. I want to show her how to move throughout this world with compassion, strength, vivacity, humor and joy like my Mother showed me.”