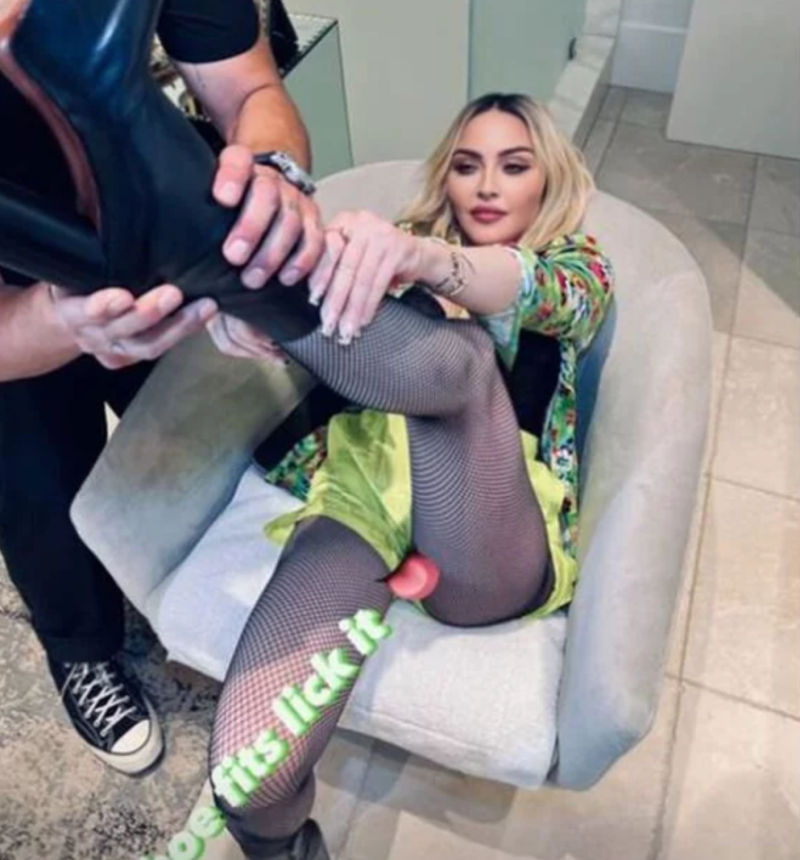 MADONNA posed in a plunging corset and tiny shorts following her split from toyboy Ahlamalik Williams.

The Material Girl shared a slew of racy pics on Instagram as she showed Ahlamalik what he’s missing.

Madonna, 63, sported another daring outfit including silk shorts, fishnet tights and a busty top, teamed with chunky bracelets and chains.

The pop legend posted a cheeky caption with her photos, writing alongside an emoji of a tongue: “If the shoe fits, lick it.”

While Madge has kept a relatively low profile in recent months, she’s has been hard at work on both a remix project and her long-awaited biopic.

Last month she dropped a version of her classic hit Frozen featuring US rapper 070 SHAKE.

The Queen of pop split has been keeping busy after her heartbreak.

The Sun last month revealed she had split from her toy boy boyfriend Ahlamalik after three years together.

She told friends she is single again after deciding things were not working out with the American dancer, 28.

The couple - who had a 35-year age gap - started dating in 2019 and Madonna regularly shared photos of him on social media.

But they have not been seen together since January and friends revealed they amicably decided to separate.

During their romance, she helped Ahlamalik land a lucrative deal with fashion designer Stella McCartney, 50, and collaborated with him on a song as he tried to launch his own music career.