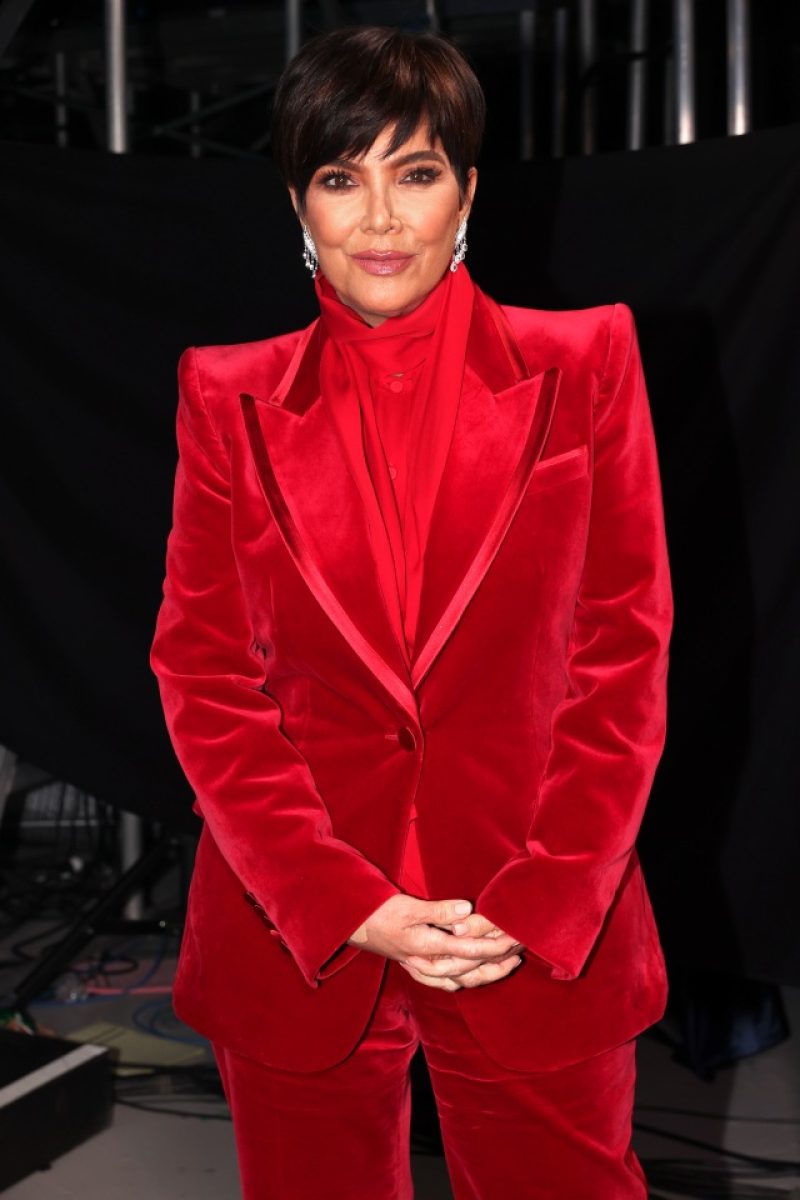 KRIS Jenner has showcased her picnic display while enjoying the sunshine outside her new mansion.

The 66-year-old posted a pic of her set up on an Instagram Story.

Kris snapped an overhead shot of her polka dot blanket and wicker picnic basket on the grass.

She also showed off her adorable custom plates and napkins matching the polka-dot theme for the occasion.

The Kardashian matriarch had various size plates spread out along the blanket, with polka-dots and other shapes on them.

She also paired her display with a matching pillow and a slew of napkins, personalized with the words “Picnic with Kris” written on them.

She gave a shoutout to Shutterfly in the caption for seemingly hooking her up with the gorgeous set.

Kris also tagged Michael Kives, CEO of the consulting firm K5 Global in the post, though it’s unclear if he accompanied her on the picnic.

Since settling into the lavish home late last year, the Hulu star has been giving fans more peaks at her stunning $20million abode.

In a recent episode of The Kardashians, Kris opened the doors of her Hidden Hills, LA mansion to viewers.

The home is located directly next to daughter Khloe Kardashian’s $37M mansion, which she “delayed moving into,” The Sun earlier learned – due to ex Tristan Thompson’s love child scandal.

But Kris’ home is an “opulent” wonder, as Khloe couldn’t help but exclaim in a new clip.

“Living in Kris Jenner world is just fabulousness,” the 37-year-old exclaimed as she toured a sitting area with a “little martini table.”

“It’s like sensory overload,” she added – as the camera panned to the modern and elegant open floor-plan kitchen with exposed black shelving.

Rows of what looked to be exclusively crystal could be seen neatly displayed on the shelves as Kris sipped a martini in a “crystal glass,” Khloe noted, as her mom wore a floral gown.

“And dinner China and fabulous sh** everywhere,” Khloe exclaimed – before fans got to see more kitchen.

The triple-door black modern appliance included a center section of all glass and all GREEN veggies.

Behind the glass were exclusively GREEN veggies, including broccoli and much more, sitting as they chilled in the clip.

Then, the camera showed a pantry exclusively dedicated to fine China, with dozens of plates of different patterns and sizes neatly organized by design.

One similar dinner plate from DIOR costs $150, though it’s not clear where Kris’ plates are from.

Fans also got to see Kris’ kitchen earlier on Kourtney Kardashian’s Instagram Stories on May 9, where an Alice in Wonderland figurine was spotted near the toaster.

Indeed, one side of the fridge was lined up with dairy, eggs, and bread – as well as Veuve Clicquot champagne bottles and bottles of still and sparkling water – the other side was ice cream and desserts.

Elsewhere on the property is a rectangular-shaped pool, a neat lawn edged with intricate planting thanks to shrubs, and large trees for privacy.

Kris’s home resides in the gated community in the city bordering her old Calabasas oasis.

Martha’s visit was a “surprise” for Khloe, as she gushed over finally getting to meet her “icon.”

Posting Martha’s lunch visit on Instagram, Khloe wrote in her caption: “My mom surprised me and we had lunch with the ICON, the QUEEN herself, Martha.”

Khloe confessed: “Queen Martha has always been someone I have adored. She’s ambitious, motivated, kind, funny as hell, she’s bad a**!

“She is organized AF. She throws down in the kitchen. She loves landscaping. She loves animals, loves her CBD and she ain’t no snitch. This is my kind of Queen.”

The Kardashian duo also left comments on Martha’s post, as Khloe posted a bunch of red heart emojis, while her mother said: “Best day EVER with the QUEEN!!! What a magical time with you beautiful Martha!!”

The 80-year-old TV personality also re-shared the photos in a separate post, mentioning that she also got to walk through Khloe’s next-door mansion.

Martha said: “Wow! House call to Kris and her daughter Khloe. Their new homes are so beautiful, the gardens lush, and the hospitality outstanding. We had fun talking business and peacocks!”

HuluThe home is 16,000 square feet, bordering her own Calabasas oasis[/caption]