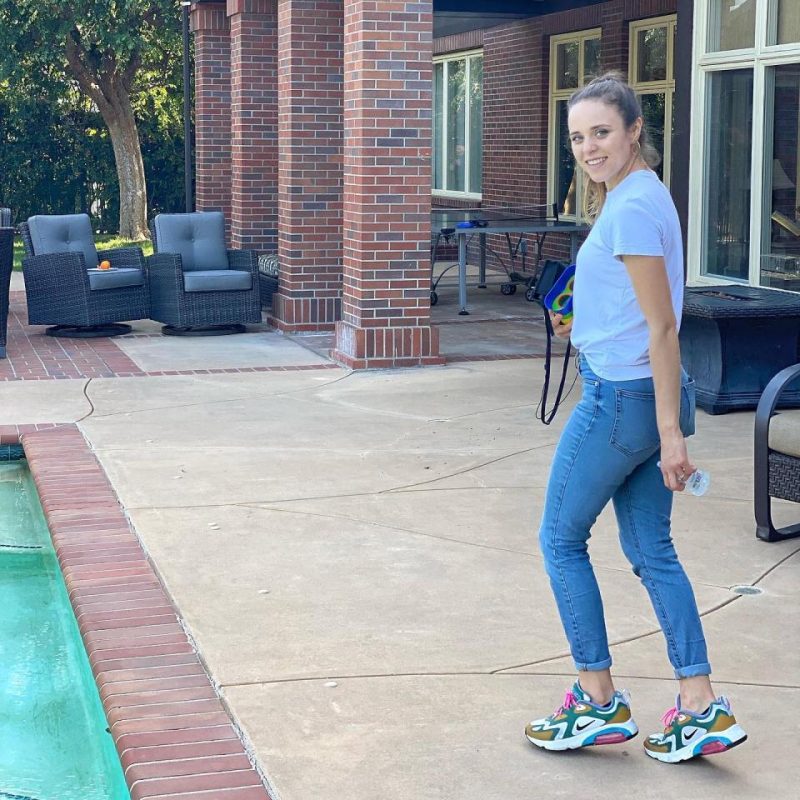 Jinger, 28, Jill, 30, Jessa, 29, and Joy-Anna, 24, sued the City of Springdale, police department employees and others for invasion of privacy after the release of their brother Josh’s 2006 molestation police report caused “emotional distress.”

The Sun can exclusively reveal unsealed court papers from the case, which has been dismissed by an Arkansas judge, where Jinger’s husband Jeremy reveals family drama over her breaking their strict dress code.

In Jeremy’s deposition taken on May 26, 2021, he was asked of Jinger’s parents Jim Bob and Michelle: “Have they ever expressed any opinions about any different convictions that you and your wife have versus their own?”

When asked to give an example, he responded: “They’ve spoken to us about – what was it – I guess modesty is one. We’ve had a couple of conversations.”

Jeremy was then asked: “Jinger chooses to wear pants on occasion, doesn’t she?”

Jeremy responded, “yes,” as he confirmed Michelle does not.

He was then asked: “Is that the question of modesty that they talk to you about; pants versus skirts?”

Jeremy replied: “In a way, yes. I mean, not that exact word. They just shared their – their thoughts on women wearing dresses, I guess. I remember Mrs. Duggar just sharing her own personal journey of modesty.”

When asked: “You would certainly disagree with any notion that your wife dresses in an immodest way, wouldn’t you?”

The parents of two revealed they do not believe they should “have as many children as the Lord allows” like Jim Bob and Michelle, who share 19 kids together, believe.

Jeremy was then asked about their relationship with the Duggar family today.

The pastor responded: “There – perhaps. I think, though, diagnosing that would be difficult.

The Duggar family believes in modest attire, as the women often wear long skirts and dresses with high necklines.

Most recently, she wore jean shorts in an Instagram photo.

She also shocked while wearing tight jeans back in April.

Jinger and Jeremy have been spending more time in California than Arkansas in recent years, as they recently missed Mother’s Day.

They also were one of the only family members who didn’t go to Josh’s trial.

Jinger took her deposition on September 20, 2021, where she revealed her income includes the show, brand partnerships and their book, The Hope We Hold.

The brand partnerships include Skillshare and Bombay Hair, as she explained she obtained them through the influencer agency CEG.

She explained “social media is the majority” of the income, as she does four promotion posts a month, but then added “if not more.”

The mom of two explained of brands dropping out of deals with her: “Because of – not because of anything we’ve done, but because of all of this stuff in the family…

“But now, that is a recurring theme from the molestation, all of those documents being released, they’re, like, we don’t want to be associated with all of what happened. And so we’ve had that happen to us and lost partnership deals.”

Jinger’s husband Jeremy took his deposition months prior on May 26, 2021.

He revealed he makes “nothing” as a preacher, as it is a “volunteer” position.

He said they received income though Counting On, paid partnerships and their memoir, though he said they have not received royalty checks from the book.

He continued: “Since moving to California, because I’ve taken on a different role with, you know, where I’m not pastoring full time – an assistant job isn’t like, you know, great pay or whatever.

“Jinger has taken more prerogative to do some of those paid partnerships. And I – I’m not certain, but I think that’s where the majority would come from. I think the show money has probably stayed relatively the same.”

He continued when asked of their Counting On salary: “It’s not a lot. I remember estimating it a few years ago that it was the same as an employee at McDonald’s, but it’s not a lot.

“Maybe $2-3,000, something like that, per episode [combined], and then there’s not a ton of episodes. So, yeah. I would have to ballpark you on that one.”

Jill and Jessa came forward as two of the five victims that were molested in the family home, while Jinger and Joy-Anna have not.

The case was dismissed ahead of trial, as a judge ruled that the sisters failed to prove the released report caused emotional distress.

Josh was later arrested on two counts of child pornography in April 2021.

He was found guilty of possessing and receiving child pornography on December 9.

His sentencing has been scheduled for May 25.

Counting On was canceled after Josh’s arrest.