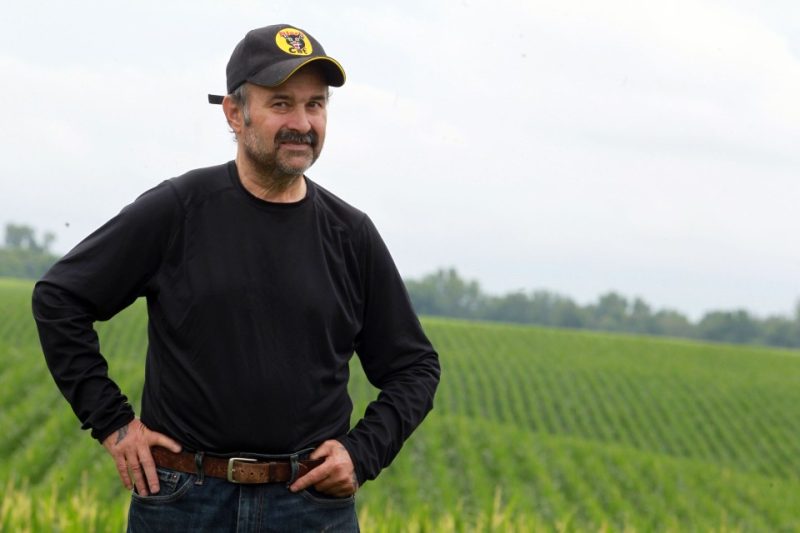 AMERICAN Pickers star Mike Wolfe “hasn’t reached out” to his fired ex-friend Frank Fritz after money and fame “changed” him.

Frank, 58, was fired from American Pickers in July 2021 after he took time off the series in March 2020 to recover from back surgery.

Mike Wolfe ‘hasn’t spoken’ to Frank since the firing

The fan-favorite previously told The Sun that he and Mike, who were childhood friends and grew up together in Davenport, Iowa, had a falling out before his firing from the series.

A source close to Frank exclusively revealed Mike hasn’t reached out to him since the firing.

The insider claimed: “Mike hasn’t reached out to Frank, he could care less.

“They both came from nothing. Money just changed Mike. It changed Frank too.”

American Pickers’ Frank ‘in talks’ for potential spinoff after firing

‘HE HAS A PROBLEM WITH ME’

Frank previously told The Sun of their falling out: “I haven’t talked to Mike in two years. He knew my back was messed up, but he didn’t call me up and ask how I was doing. That’s just how it is.”

While Frank refused to reveal the exact cause of the falling out, he claimed there was tension over their shared American Pickers stardom.

He explained: “The show is tilted towards him 1,000 percent. I can’t even bend that far down to show you how much.

“That’s fine. It’s like you’ve got Aerosmith and there’s Steven Tyler and he’s the front man. I found my spot, I’m second and he’s number one on the show. That’s no problem with me, maybe he does have a problem.”

But Frank insisted he is “bigger” when it comes to viewers.

“I’m more of the common man guy, I haven’t found a $100,000 vase or any Michelangelo stuff. I’ve never really had a big, big score like that.

“But all the small scores are the bread and butter, and that’s my deal.”

Frank then said it would be “hard” to “put the show on after not talking to somebody for two years.”

He even admitted: “I think Mike wants to get his brother Robbie in there to replace me. I don’t know why he’s behaving like that towards me.

“You couldn’t just stick two people in a van and get the chemistry you get from me and Mike. We’ve known each other for about 40 years. We can finish each other’s sentences.

“When everybody is getting along and there’s no drama, me and him are very good together.”

The collector added: “I’m just trying to get through life like everybody else and be as happy as I possibly can. Life is what you put into it. If you don’t put much into it you don’t get a lot out of it.”

A rep for Mike did not immediately respond to The Sun’s request for comment at the time of the interview.

Mike was the one to reveal Frank had been fired from the show in July 2021.

He wrote on Instagram: “I have known Frank for as long as I can remember, he’s been like a brother to me. The journey that Frank, Dani and I started back in 2009, like all of life, has come with its highs and lows, blessings and challenges, but it has also been the most rewarding.

“The support that you all have given us has been a constant reminder of what the show’s message has always been; thru these places, people, and things we all have a common thread. We’re here to not only take care of the past, but also each other.”

Mike concluded: “I will miss Frank, just like all of you, and I pray for the very best and all good things for him on the next part of his journey.”

His brother Robbie ended up replacing Frank on the show, as he became an official cast member last season.

But Frank has plans for a comeback, as The Sun previously reported he’s working on getting his own show.

A source close to Frank previously told The Sun: “He is in touch with a producer who lives in Las Vegas. Frank has sold him a lot of stuff for his ranch.

“He recently went out there again. I think it could be for his show.”

Earlier this week, rare photos of the reclusive star were posted in the Frank Fritz Fans Facebook group.

In the pictures, Frank looked happy and healthy as he smiled big next to a fan.

A member captioned the series of photos: “This was from yesterday when Frank ‘picked’ his Corvette up from my buddy Mike’s shop after repair.

“He sat and shot the breeze for three hours or so. It was a blast. Great guy!”

The fan claimed Frank “will never go back to American Pickers.”

The member continued: “He is trying to get a show about nostalgic car restorations with a story behind them in the works.”

Fans have even boycotted the series and demanded Frank star in his own spinoff.

One fan wrote on social media: “Bring Frank back with his own show!”

A second said: “I think Frank would do better on his own show. I would watch it.”

A third commented: “Frank should start his own show. It would be better than Pickers.”

A fourth fan wrote: “We haven’t watched American Pickers since you left the show Frank. You are missed. Take care bud.”

As The Sun reported, Frank last appeared on American Pickers during a March 2020 episode, as he took time off to recover from back surgery, which left him with 185 stitches and two rods in his spine.

During his time off the show, Frank lost 65 pounds, as he is living a healthier lifestyle and is sober from alcohol.

He also told The Sun that he entered rehab for alcohol addiction in Iowa for 77 days.

The former History Channel star said he would’ve been sober for a year if it weren’t for a relapse.