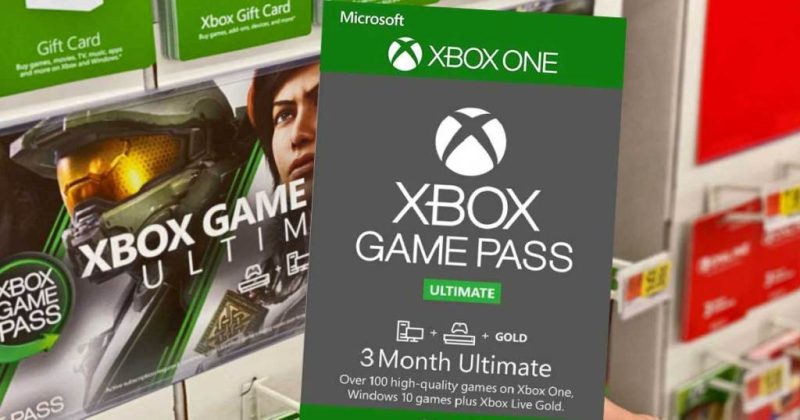 For a limited time, jump over to CDKeys.com where you can score an Xbox Game Pass Ultimate 3-Month Subscription for just $23.69 (regularly $41.59)!

Note that this is a digital subscription, so the code will be delivered via email. However, you can always use a different email than your own if you wanted to send this as a gift!

Basically the Netflix of gaming, the Xbox Ultimate Game Pass includes Xbox Live Gold and over 100 games to play with friends on console, PC, phones, and tablets. From day one, you’ll have access to new games like Halo, DOOM, indie games, and blockbusters. Plus, new games are added all the time and you’ll get exclusive discounts!

Looking for a deal on just the Gold Membership?

You can also snag an Xbox Live Gold 3-Month Membership for just $9.89 (regularly $25.19)! The code for this digital subscription will be emailed to you after purchase.

Xbox Live Gold allows players to play multiplayer games online with voice chat, plus access to free games twice a month, and weekly sales offering up to 75% off more games.

For a limited time, new Xbox Live members can score a Game Pass Ultimate 2-Month Trial for only 89¢! With this trial, you can figure out everything this subscription has and decide if you like it before spending more money. It features Xbox Live Gold, Xbox Game Pass, and Xbox Game Pass for PC so you can take it with you wherever you go!

“I’ve had Xbox Game Pass for about a year now and I absolutely love it! The game library gets better and better each month and there are a wide variety of both new and classic games to choose from. There’s no way I would get to play as many new titles as I do with Game Pass if I had to pay full price for them. It also encourages me to try out a game that I maybe wouldn’t have if I had to pay for it individually, which makes being a gamer even more fun!”