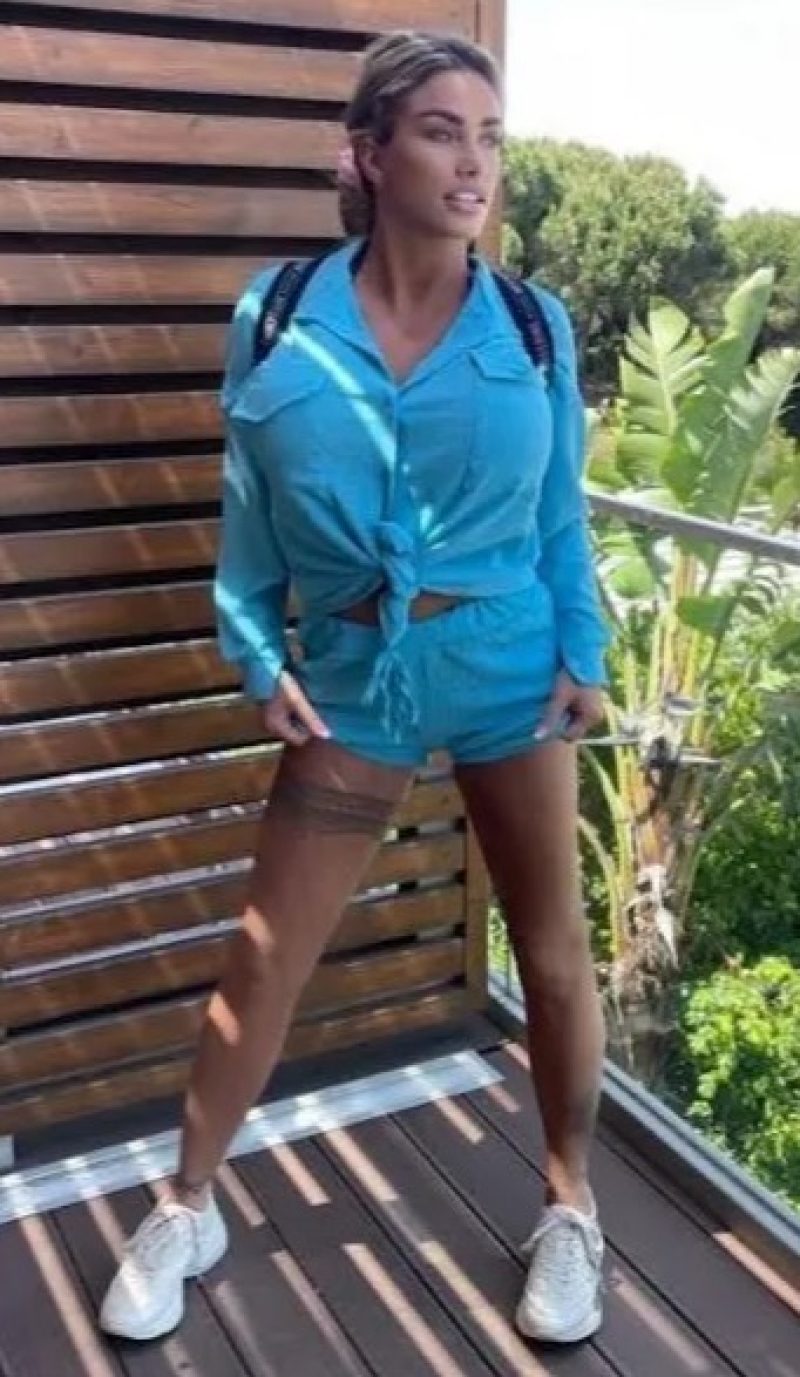 KATIE Price posed for a series of glam shots as she soaked up the sun on her latest holiday.

She showed off the new boobs she had done back in March as she posed for a shot she posted on Instagram.

The star stood on the deck of a yacht with the wind blowing through her hair in an open unbuttoned shirt.

Katie also appeared in a picture on a balcony in a pair of tiny shorts that showed off her thigh tattoo.

She wrote: “Ocean day Outfit from my @jyylondon range.”

Another wrote in the comments section: “ looking gorgeous Katie .”

So far, the star has enjoyed a string of breaks in 2022, first heading to Belgium for cosmetic surgery, before going to the New Forest and Thailand.

Last month, she and other half Carl Woods, 32, flew to Alicante in Portugal for a budget break too.

The star said earlier this year that her latest boob job was her 24th breast procedure – having had her first back in 1998 when she went up to a C cup.

She updated fans in Thailand, during an earlier holiday with former Love Island star Carl, where they both got new tattoos.

Katie said the implants for the biggest ever boobs were in a safe back in the UK and were “for sale for a million pounds”.

InstagramKatie was seen checking out the buffet onboard a yacht[/caption]