Who is Corinne Olympios? 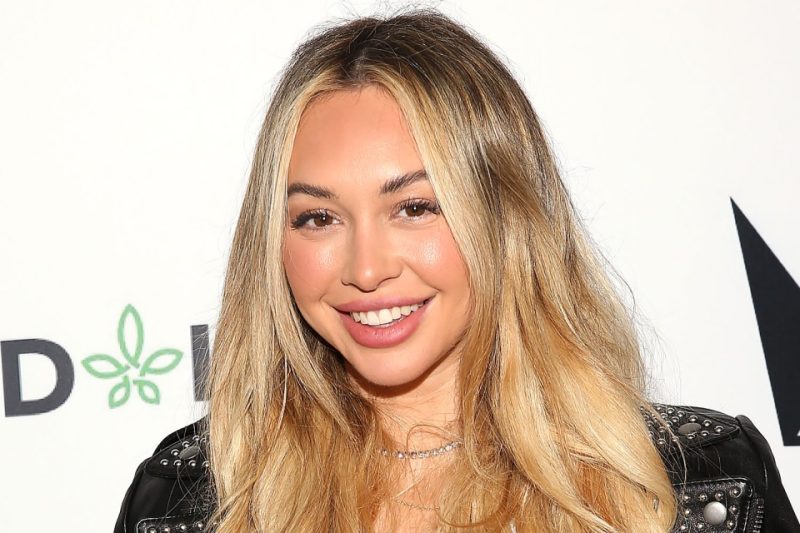 BACHELOR in Paradise alum, Corinne Olympios, is no stranger to social media.

Corinne Olympios is the CEO of her own brand, Aura Sugar Co

Who is Corinne Olympios?

She is a social media influencer, actress and former TV personality.

Olympios is known for her roles in Attack of the Amish in 2021 and Reboot Camp in 2020.

She has a younger sister, Taylor Olympios, with whom she co-founded a jewelry, apparel and home décor line, Aura Sugar Co.

Everything to know about Bachelor alum Nick Viall dating life

Lindsay Montgomery Christian is also listed as one of the creators of the brand, however, Olympios holds the title of CEO.

She has over 720k followers on Instagram and is often seen posing in tiny bikinis endorsing brands like Fashion Nova and Icon Swim.

When was Corinne Olympios on The Bachelor in Paradise?

Olympios was a contestant on season 21 of The Bachelor.

She was eliminated in week 8 but returned to star in season four of Bachelor in Paradise.

Olympios quit during the first week of production after claims of “misconduct” on the show.

Who is Corinne Olympios dating?

On Saturday, May 7, 2022, she was seen out with Kardashian member Scott Disick in Miami at an F1 dinner at Papi Steak.

However, a source told US Weekly that “Nothing serious is going on between Corinne and Scott. They were hanging out with a group that night.”

The pair left the party in the same car, with Disick in the front seat and Olympios in the back.

In 2021, Olympios split from boyfriend, Vincent Fratantoni, after less than two years together.