Where is Britney Spears today? 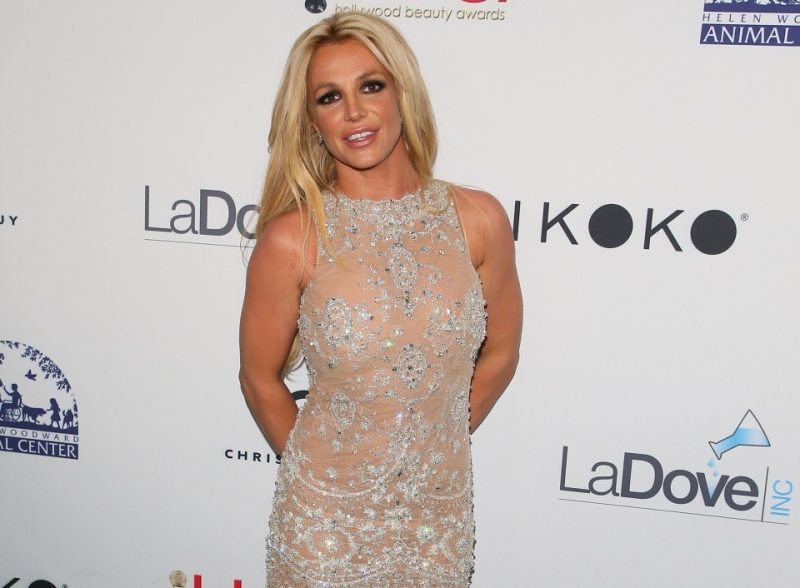 POP superstar Britney Spears was at the center of an ongoing legal battle with her family for over a decade.

Britney’s life and her multi-million-dollar fortune had been under the supervision of her father, Jamie Spears, until he was suspended from the conservatorship on September 29, 2021.

GettyBritney Spears had her conservatorship case reviewed on November 12, 2021[/caption]

Where is Britney Spears today?

On April 11, 2022, Britney Spears took to Instagram to announce that she was expecting a baby with her long-term partner Sam Asghari.

The pop star shared the news via a caption, writing:

“I lost so much weight to go on my Maui trip only to gain it back.

“I thought ‘Geez … what happened to my stomach?’ My husband said ‘No you’re food pregnant silly…’

Everything to know about Britney Spears’ due date

She continued: “I am having a baby… It’s growing! If two are in there I might just loose it.”

However, on May 14, nearly a month after the exciting news, Britney shared with fans that she and Sam had lost their ‘miracle baby.’

“It is with our deepest sadness we have to announce that we have lost our miracle baby early in the pregnancy,” she wrote.

“This is a devastating time for any parent. Perhaps we should have waited to announce until we were further along however we were overly excited to share the good news.

“Our love for each other is our strength. We will continue trying to expand our beautiful family.

“We are grateful for all of your support. We kindly ask for privacy during this difficult moment,” she concluded.

This would have been her third child, as she already shares two sons, Jaden and Sean, with her ex-husband Kevin Federline.

The news of her pregnancy came after Los Angeles County Judge Brenda Penny ruled in Britney’s favor to terminate her conservatorship as of November 12, 2021.

She now has full control of her life for the first time since before 2008.

In the week leading up to the ruling, the pop star shared her thoughts on the important day, in a now-deleted post.

“This week is gonna be very interesting for me,” she captioned.

“I haven’t prayed for something more in my life.”

After a late September conservatorship hearing, Britney had filed for new counsel, leaving her father out of the reigns of her estate.

Judge Brenda Penny heard the case for the singer’s request and her lawyer, Mathew Rosengart, filed to appoint CPA Jason Rubin as the new conservator on Wednesday, September 29.

Jamie Spears agreed to step down after 13 years, but the singer will still be under the care of professional Jodi Montgomery, who mangers her medical and personal affairs.

Judge Penny suspended him from the conservatorship, saying: “Based on what I read in the filings, and I read everything. I do believe the suspension of Jamie Spears is in the best interest of Britney Spears.

What is going on with Britney Spears’s legal battle?

“The current situation is unattainable. The court finds the toxic environment Jamie Spears has created needs to be removed today.”

Britney’s lawyer reportedly demanded that Jamie be suspended that day.

This momentous court hearing happened the day after a new documentary regarding Britney’s case aired on Netflix on September 28, 2021.

In a since-deleted social media post from September 27, the singer slammed past documentaries that have touched on her ongoing legal battle, calling them “untrue.”

Britney wrote: “It’s really crazy guys … I watched a little bit of the last documentary and I hate to inform you but a lot of what you heard is not true !!! I really try to disassociate myself from the drama.

“Number one … that’s the past !!! Number two … can the dialogue get any classier… Number three … wow they used the most beautiful footage of me in the world !!! What can I say .. the EFFORT on their part.”

It is not clear which documentary Britney was referencing in her post.

During the court hearing that took place on September 29, Judge Penny ruled that Jamie Spears’s authority over Britney’s conservatorship is no longer applicable.

May 14, 2022: Britney announces she and Sam lost her third child during pregnancy.April 11, 2022: Britney announces she is expecting her third child.November 12: Judge Brenda Penny will oversee a hearing that could potentially terminate Britney’s conservatorship.September 29: A judge removed Jamie Spears from the conservatorship in a court hearing. September 27: Britney’s lawyer, Mathew Rosengart, slammed the singer’s father for allegedly bugging her home and recording her private conversations.September 21: Netflix drops a trailer for a documentary titled Britney vs Spears regarding her ongoing court battles.August 30: According to a court filing by Britney’s lawyer, Mathew Rosengart, the singer’s father was trying to extort millions from his daughter to front his legal fees.August 6:  Jamie Spears alleged his daughter might be mentally ill, and filed a court petition.July 14: The pop star calls in on her conservatorship hearing, as Judge Penny considered Britney’s request for a new consul.July 10: The “Hit Me Baby” singer was “seeking a new lawyer” to fire her dad after being accused of using her money in her conservatorship battle.July 9: The pop star shared a picture on Instagram where she directed her haters to “kiss her a**.”July 6: Britney’s lawyer, Sam Ingham, resigns from the role after failing to end the conservatorship.July 1: Judge Penny threw out Britney’s request to remove her father from her conservatorship.June 28: Britney updated her fans on her Hawaiian baecation, uploading a video of herself dancing in a red bikini.June 26: The pop star was spotted on a Hawaiian getaway days after her conservatorship hearing with her boyfriend, Sam Asghari.June 24: Following her conservatorship hearing with her dad Jamie, Britney apologized to her fans for “pretending she’s been ok,” on an Instagram post. June 23: Britney spoke out on the conservatorship. She asked to end the conservatorship in a passionate speech.June 22: The 39-year-old pop singer has been on a Hawaiian getaway with her longtime boyfriend Asghari, as she preps to address the court on June 23.June 17: Britney took to Instagram to update fans on the future of her performance career, saying she has “no idea” if she will perform again.June 12: The pop star took the IG to share more cryptic videos that showed herself dancing in a pink swimsuit and white boots while showing off her neck tattoo.June 2: Britney shared a series of snaps of her dancing in a yellow neon low-cut bodysuit while showing off her “a**.”May 11: The 39-year-old channeled Mel B’s iconic look from her 90s Spice Girls heyday in a series of IG flicks.May 3: Britney took to IG to clap back at an overload of documentaries that have surfaced regarding her father’s involvement in her finances and life choices following the release of the new BBC documentary.April 27: The singer’s attorney Samuel D. Ingham III told the Los Angeles Superior Court that “Britney wants to address the court directly.”April 18: Britney takes time out of her day to answer some fan questions and reassures them that she’s “extremely happy” and that she is “taking a break” to “enjoy myself.”April 10: The singer posted a throwback photo with her ex-boyfriend, Justin Timberlake – after he apologized for his comments about their breakup.March 30: Britney broke her silence regarding the documentary Framing Britney Spears, saying she “cried for two weeks and feels embarrassed and insulted.”March 25: Britney officially asked a judge to permanently end her father’s control over her $60million fortune and personal life.March 2: The mother of two shared a rare picture with her sons Sean, 15, and Jayden, 14.February 17: The singer opened up about why she shaved her head during her 2007 meltdown with a tattooist moments after the act.February 5: The documentary Framing Britney Spears launched in the US.January 28: Britney shares an IG video that shows her dancing to her ex-boyfriend Timberlake’s song Holy Grail.

What is a conservatorship?

Legal and financial conservatorships are arranged for people who cannot make their own decisions in their own best self-interest, such as in the case of an elderly adult or someone with some cognitive impairment.

Since 2008, Britney has been under conservatorship due to a series of public meltdowns after apparently suffering a mental health crisis.