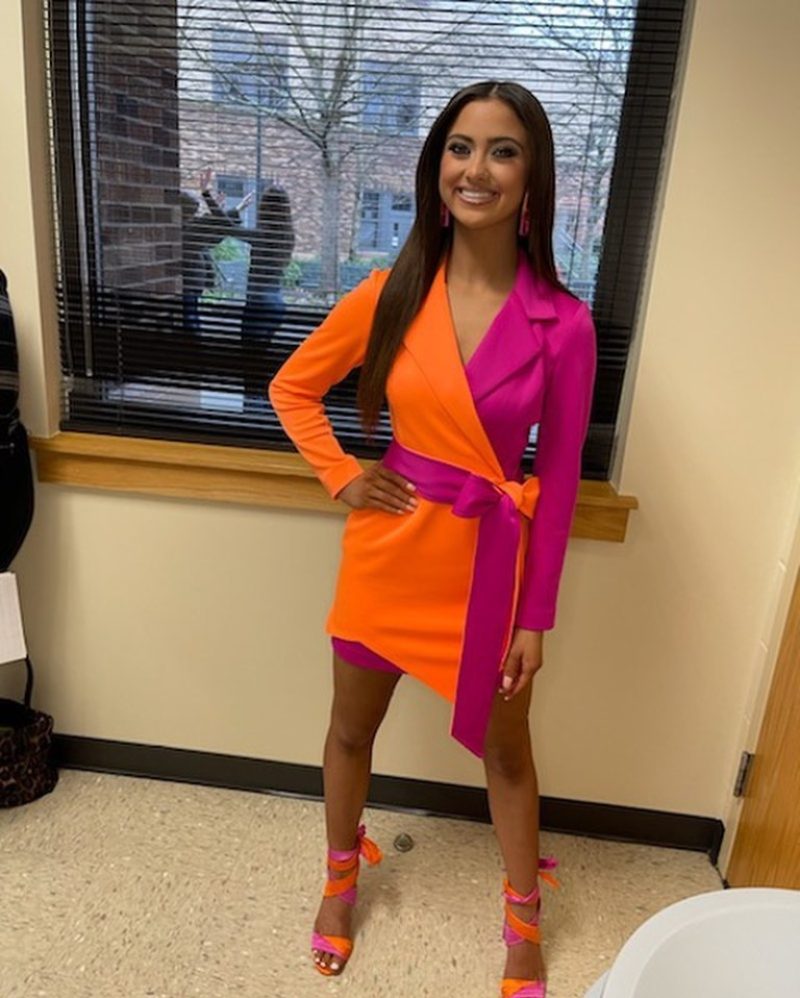 TODDLERS & Tiaras star Kailia Posey was all smiles in her final photo, which was taken just days before her tragic death at the age of 16.

Posey, 16, was found dead in a state park a short distance from her family’s home in Lynden, Washington, on May 2.

Instagram/Kailia PoseyShe was all smiles in her final Instagram photo, which was taken just days before her tragic death[/caption]

The beauty queen, who rose to fame on the controversial TLC show Toddlers & Tiaras, died from asphyxia due to ligature strangulation in her car. Her death was ruled a suicide.

A little over a week before her death, Kailia shared her final photo on Instagram before her passing.

The late reality star stunned in a red miniskirt and matching crop top with puff sleeves.

She wore tan, heeled sandals and crossed her legs as she posed at the bottom of a glass staircase on what appeared to be a cruise ship.

Kailia held onto the railings as she smiled at the camera, with her long brown hair cascading around her face and shoulders

In the caption, she wrote: “None of your concern :)”

Her friend Biancha, who was tagged as the photographer of the shot, shared a collection of other photos of Kailia on her Instagram as a tribute to the late teen.

Along with the sweet photos of her and Kailia, Biancha wrote a touching note about her “beautiful best friend.”

She shared in the caption: “I’ll love you forever and ever. You were an amazing, beautiful person inside and out.

“Words cannot explain how painful this is, not only to me but all of the people that love you.

“From the first day I met you I knew we were going to be best friends. You were such a bright and happy soul.”

She continued: “I’m so thankful for you Kailia, you truly brought out the happiest side of me.

“You reminded me to always be kind no matter how hard it was. Taught me my first routine the night before the pageant.

“Rehearsed your lines before Ms. Teen Washington…Took me on a cruise that brought so many memories for me.

“We went to Jamaica and found a cutie (shhh I wasn’t supposed to tell anyone). To our crazy tik toks we made. And shaking our booties for fun.”

Biancha ended the post: “I love you. I wish I could’ve done something. You are in my prayers.

“I will miss you forever and always. Rest in paradise Kailia Posey.”

Kailia’s mom, Marcy, confirmed the shocking passing on Facebook as she wrote: “… I don’t have words or any thoughts. A beautiful baby girl is gone.

“Please give us privacy as we mourn the loss of Kailia. My baby forever.”

She then shared other photos alongside her daughter.

Many of Kailia’s fans took to her Instagram to share their condolences as one person wrote: “Thank you for being someone to look up to Kailia. Rest in peace.”

Another wrote: “You’ll be missed. Rest easy pretty girl,” as one included: “My heart is absolutely shattered. I love and miss you forever… fly high Kailia.”