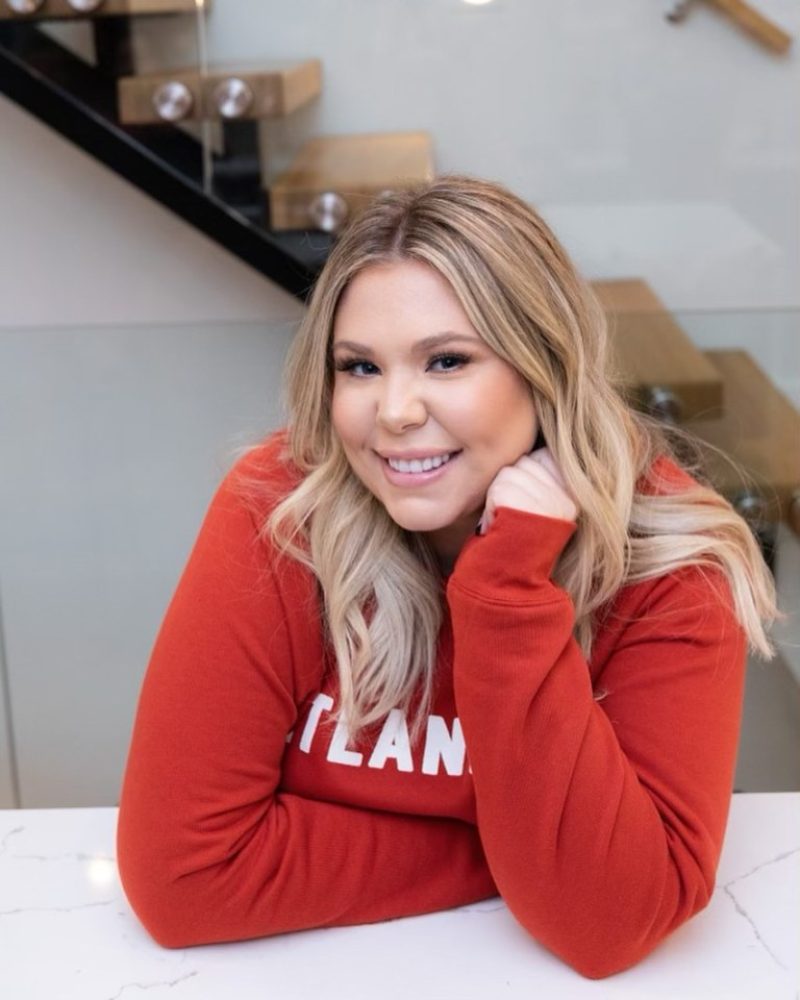 The star revealed her wedding plans with the 23-year-old ahead of the intimate introductory Instagram.

Kailyn, 30, is moving fast with her new beau.

On May 14th, she shared an Instagram Story with no caption, not that one was needed.

Tagged Philadelphia, Pennsylvania, she appeared to be out of town and was in a bed with Elijah, whom she has said she met online.

His arm laid on top of hers under a fluffy white comforter with a TV on in the background – potentially at a hotel.

The MTV star has been married once before to Javi Marroquin, with whom she shares 8-year-old son Lincoln – and said marriage is “now back on the table” ahead of their in-bed snap.

Fans on Reddit went wild over the candid cuddled-up debut.

Unfortunately, it may have been the bad type of wild, as the thread was harshly titled, and the comments weren’t much cozier.

It began: “What’s the over-under on how long it’ll be before this goes south?”

One replied, “She’s like 30 and trying to soft launch her boyfriend. Interesting,” as another bashed: “Thirsty.”

Another commented: “This is so cringe. I just do not understand how she manages to attract guy after guy.”

A fourth wrote: “She acts like a 8th grader just getting into a new relationship.”

One more wrote on Kailyn’s past in which her baby daddy’s sometimes come back into the frame:

“Who is this supposed to make jealous again?”

Someone else ripped on Kailyn’s rocky relationship with her MTV franchise, “Imagine feeling the need to post everything about your life on social media, but then being an a**hole when it comes to filming/doing your job.”

‘LOVE OF MY LIFE’

That being said, during the latest episode of her Coffee Convos podcast, which she cohosts with pal Lindsie Chrisley, the mom of four gushed that she’s met the one.

The Teen Mom 2 star told Lindsie: “If I ever get married again I’m not having bridesmaids or groomsmen. It’s not a day for anyone else but myself and my husband or partner.”

This prompted Lindsie to ask: “Wait, is the wedding back on the table?”

Kailyn replies: “I would say yes. I wouldn’t have, like, a huge wedding or anything. I feel like I would have a cute, very, very simple ceremony and maybe, like, a dinner afterwards.”

“You know how I said when I get engaged or married is when I’ll, like, post them? I’m ready to, like, soft-launch,” a term which coincidentally some Redditors then used.

WHO IS ‘HOT NEIGHBOR’ ELIJAH?

The Sun earlier confirmed that Kailyn’s new man was her neighbor Elijah in April, an Army serviceman who previously lived in Virginia and Hawaii.

During another recent podcast episode, Kailyn referred to him as “hot neighbor,” though she did not indicate that he was her new love interest.

Elijah resides in Delaware, not far from Kailyn. According to property records, he purchased a three-bedroom, one-bathroom home near the TV star in December 2021.

He paid just $280,000 for the house, which is situated mere feet from Kailyn and her family.

Her home, by contrast, is valued at upwards of $1 million- and she built the “dream home” from the ground up, moving in back in January 2022, documenting the process she didn’t always love.

The Sun also confirmed that Elijah has been married once before.

He filed for divorce from his ex-wife in April 2021 and their divorce was made final months later in June of that year.

Kailyn’s third baby daddy Chris Lopez revealed her rumored new man is now living with her on his podcast P.T.S.D.