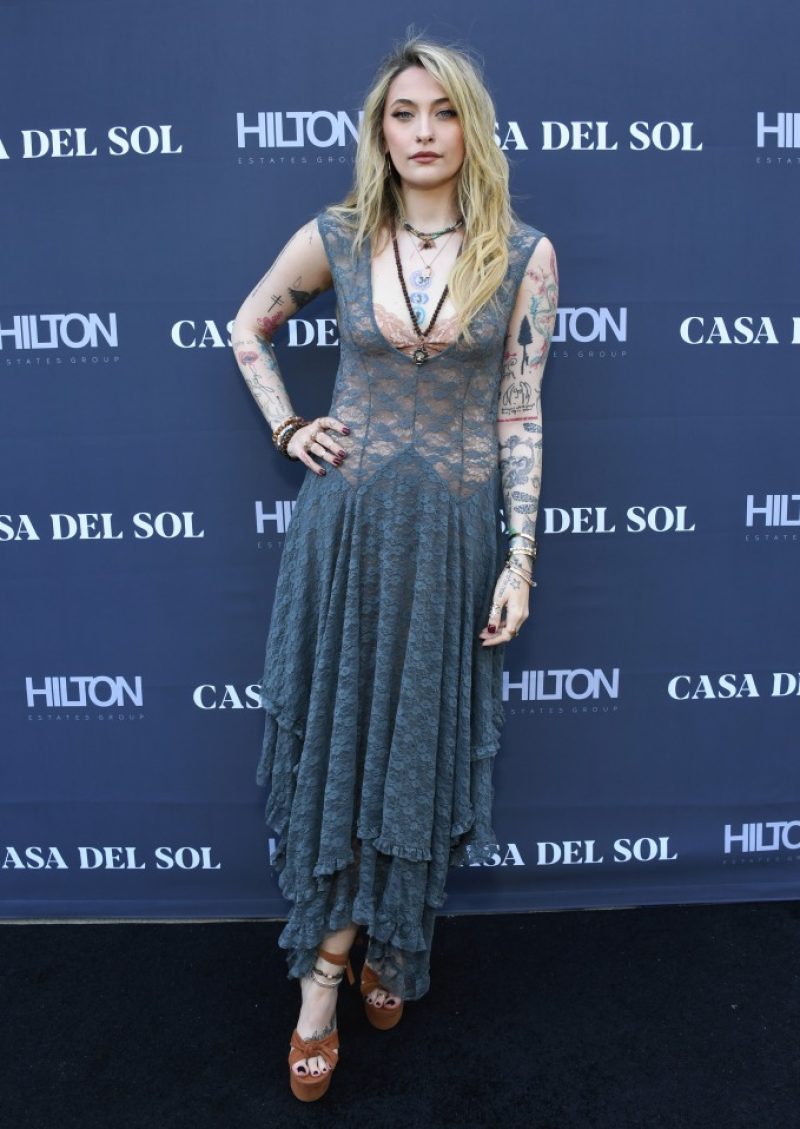 In a revealing interview, the model described the King of Pop as a “free love, hippie-type dude”.

Paris Jackson has made rare new comments about her upbringing with her dad Michael JacksonGettyGettyShe described him as a ‘free love, hippie-type dude’[/caption]

Talking to PopSugar, 24-year-old Paris opened up about her childhood after she was announced as the new face of KVD Beauty.

Discussing her upbringing in the entertainment world, she revealed that it gave her a complicated relationship with beauty: “It wasn’t until the last couple of years that I’ve started feeling really good about myself and my body.”

“Those moments of self-love aren’t 24/7, but the bad moments are fewer and further between.”

She added that her dad Michael’s philosophy helped her keep an open mind as she embarked on a career as a model.

MAN IN THE MIRROR

“I was raised by a free-love, hippie-type dude, so we were taught that beauty comes from the inside — and to this day, I still believe that.”

While Paris is known for her love of piercings and tattoos, many of which have no particular meaning, she has begun to appreciate the power of makeup after years in the fashion industry.

“All of the experiences that I’ve had in the last few years have gotten me to that point,” she said.

“I appreciate the artistry behind it.”

Growing up as the only daughter of one of the most recognizable men of all time, Paris has had to find her own techniques to deal with the pressures of fame.

“Recently, I’ve learned how to cope with it all by practicing self-love and affirmations and diving deeper into my spiritual life,” she told PopSugar.

Michael passed away in 2009 at the age of 50 following combined drug intoxication.

Both Paris and Prince are the children of Michael and his second ex-wife, Debbie Rowe.

Blanket was born in 2002 via an anonymous surrogate mother.

While Paris is enjoying her career as an international model and musician, the Thriller singer’s sons have been known to keep a low profile and stay out of the spotlight.

However, Prince wowed followers earlier this year when he shared new rare photos of him with his long-term girlfriend, Molly Schirmang.

GettyMichael passed away aged 50 in 2009[/caption]

He left behind three young children, Paris, Blanket and PrinceGettyGetty Images – GettyParis is now enjoying a successful career as a model, and was recently announced as the face of KVD Beauty[/caption]