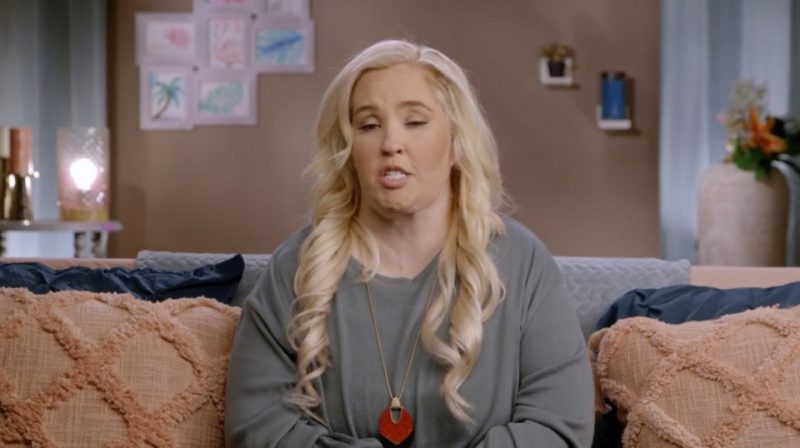 MAMA June Shannon has admitted she did not feel safe around her boyfriend Geno Doak months before dumping him.

Viewers got to see the reality star open up on the season premiere of Mama June: Road to Redemption.

In one scene, June gets her daughter Lauryn “Pumpkin” Efird on Facetime and shares that she “would like her” to be there for her court date.

The 42-year-old was previously charged with possession of crack cocaine- she would eventually dodge prison time.

Geno would get 16 months in prison.

“… You would be there, there will be law enforcement there. Everything. So I can just walk away,” June tells Pumpkin about her plans to leave Geno.

Mama June gives update on her fractured relationship with daughters

She then shares in a confessional: “I don’t know how to walk away from Geno in a safe manner. I hope the judge sees what’s up and makes the decision himself so I don’t have to make that decision and worry about my safety.

“Because I am kinda scared about how the situation can turn out.”

“I don’t feel safe around him” June confides in Pumpkin on Facetime.

“I’m just hoping the court date is, like, my end. Let me just leave him..”

After the judge’s decision gets delayed, June and Pumpkin get into a heated verbal discussion as the 22-year-old learns her mother isn’t quite done with Geno yet.

“It’s just super annoying, you don’t understand the stress I have to go through,” Pumpkin tells her mom as they argue in a parking lot alongside June’s sister.

In a confessional, June admits: “… I thought I had the strength to walk away from Geno, but I didn’t…

In March 2021, Pumpkin exclusively told The Sun about the situation: “It’s just aggravating because with my mama, she let the addiction of drugs go, but I do think she has an addiction to Geno.

“Us as a whole family would just prefer her to be sober and not with Geno. When it comes to staying sober, I think Geno is bad for her because he is still manipulative in a way. I don’t feel like that’s good for her coming straight out of an addiction.”

While chatting with a friend, the Road to Redemption star made it clear that her ex’s whereabouts are no longer her concern.

“If you want to know where Geno is, he’s got an Instagram,” she said before giving away his handle.

“Go there. You want to know where he’s at? That’s his business. That’s not part of my life and hasn’t been, it’s just not,” she admitted.

June would eventually find love again, this time with Justin Stroud- however, the chaos would not end there.

Justin, 34, was behind bars for nearly a month during their relationship after he was arrested in Boca Raton, Florida on a warrant relating to past drug charges.

AMC‘Let me just leave him,’ June tells her daughter Lauryn ‘Pumpkin’ Efird during an intense conversation[/caption]

WeTVThe former couple were previously arrested, with Geno having to spend 16 months behind bars on drug charges[/caption]