Kourtney Kardashian’s son Mason, 12, makes rare appearance on trip with Travis Barker, but his kids were ‘NOT invited’ 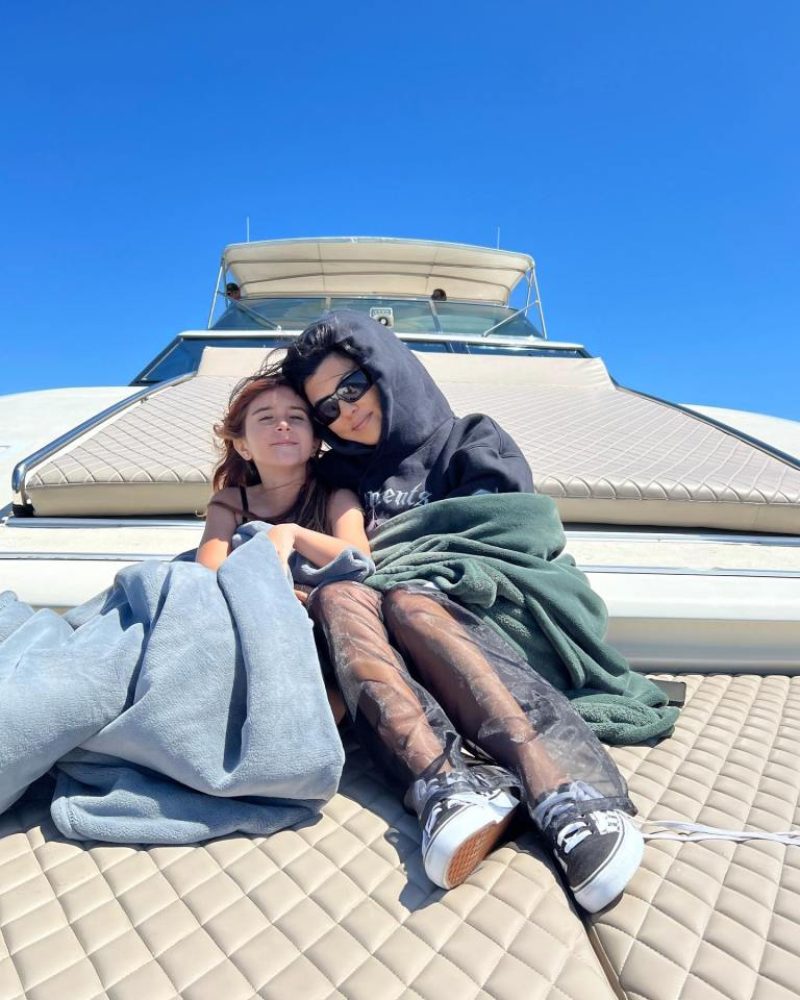 KOURTNEY Kardashian’s son Mason, 12, has made a rare appearance on a family trip with Travis Barker.

However, it appears that the rocker’s kids were not present.

Instagram/KourtneyKardashMason Disick made a rare appearance, but Travis Barker’s kids were nowhere to be seen[/caption]

Taking to Instagram, 43-year-old Kourtney shared a series of pictures and videos from April, when her family took a trip to Laguna Beach, California.

She showed off her adorable kids – Mason, 12, Penelope, nine, and Reign, seven, in numerous photos onboard a boat.

In one, the happy mom snuggled under a blanket with Penelope.

Another showed Reign floating in a hot tub with his life jacket on.

Scott hangs out with Mason, 12, & Penelope, 9 as Kourtney parties with Travis

A photo taken from behind, presumably by Travis, 46, showed Kourtney walking down a set of steps to the beach with all her children.

The scenery and candid snaps certainly portrayed an idyllic family day out.

The Poosh founder and her rocker beau often enjoy taking their blended families out on day trips and were recently spotted at Disneyland all together.

However, it appears that this trip was one for just Kourtney’s kids.

It comes after viewers of The Kardashians on Hulu learned that Mason, Penelope and Reign, whose dad is Scott Disick, were left out of their mom’s engagement celebration.

Travis got down on one knee for a stunning beach proposal last October, but Kourtney’s kids were not invited to the surprise afterparty along with the rest of the family.

In a confessional, the mom-of-three revealed: “I do wish that my kids were here.”

“I think it would have made them feel more included and part of the surprise.”

The Hulu star added: “I know that my mom made that decision, and it probably wasn’t her best.”

Scott was equally disappointed, telling Khloe Kardashian: “The kids were upset. They didn’t understand why they weren’t there.”

Kourtney and Travis are yet to announce the date on which they will walk down the aisle, following their late-night unofficial ceremony in Las Vegas.

The couple are also trying for a baby via IVF, as viewers of The Kardashians on Hulu have learned.