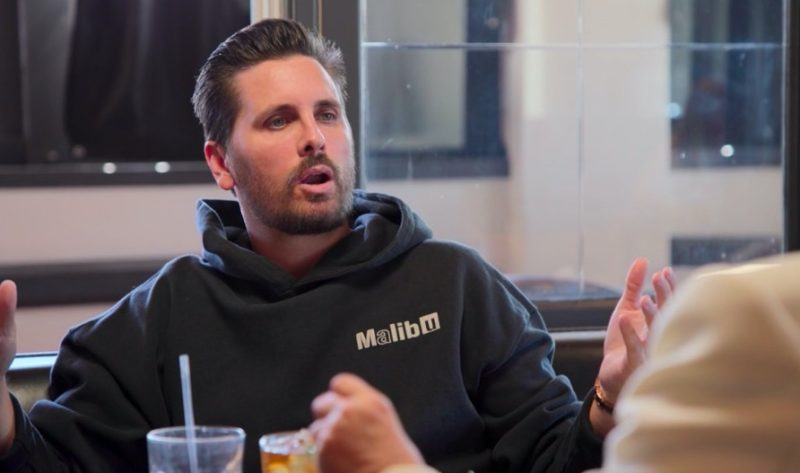 KARDASHIAN fans have slammed Scott Disick for his ‘appalling’ and ‘unhealthy’ behaviour toward Kris Jenner.

Shocked viewers expressed their disapproval as episode five of The Kardashians saw him continue to complain that he feels left out of the family.

After the three children that Scott, 38, shares with his ex Kourtney Kardashian, 43, were left out of her engagement party to Travis Barker, he had a bone to pick with matriach Kris.

Sitting down over lunch with the 66-year-old, the Flip-It Like Disick alum snarked: ” You don’t invite me to half the s**t you do anymore.”

With her birthday coming up, Scott questioned what she was doing to celebrate.

Kris looked uncomfortable as she tried to downplay the celebratory dinner she had planned with all the family.

“Nobody told me”, he said, looking disappointed.

Addressing the snub, Scott complained: “For me to hear that you’re having a little soirée and you don’t think to invite me, makes me feel like complete s**t.”

In a confessional however, Kris, had little sympathy.

“I never expected him to be so angry and wound up over this. He just needs to grow up and be a little more mature.”

Over lunch, Scott continued: “Could you imagine if I singled you out? It’s just mean!”

” I don’t have a mean bone in my body”, she replied

But he snapped back: “You do!”

After the outburst was released on Hulu, fans on Reddit discussed his behavior.

Scott has complained across multiple episodes that he feels left out.

He is the dad to Kourtney’s three kids, Mason, 12, Penelope, nine, and Reign, seven.

However, many viewers feel that his repeated protests about not being invited to family events are unjustified, given that he and the Poosh founder split in 2015.

One fan vented: “The way Scott acted this episode was appalling. He was SO rude to Kris at their lunch thing for really no reason.”

Another agreed: “He needs a life outside of the family. Seriously, it’s unhealthy at this point.”

A third added: “I actually gasped at this scene. The entitlement. He is the ex of her daughter… he can’t expect to be invited to everything or even anything their family does anymore.”

Also in episode five, viewers saw Scott get into a nasty argument with Kendall Jenner, 26.

She stormed off after he bickered about not being invited to her “intimate” birthday gathering, at which she claimed she didn’t want to make her sister Kourtney “uncomfortable”.

As he continued to argue and talk over her, the model grabbed her food and said: “I’m out, this is so f***ing ridiculous”.

While Travis and Kourtney have felt no need to hold back on their PDA around Scott, he has also been moving on in his personal life.

At the premiere of The Kardashians, he bought along 27-year-old Rebecca Donaldson as his date.