Who is Nadia Ferreira? 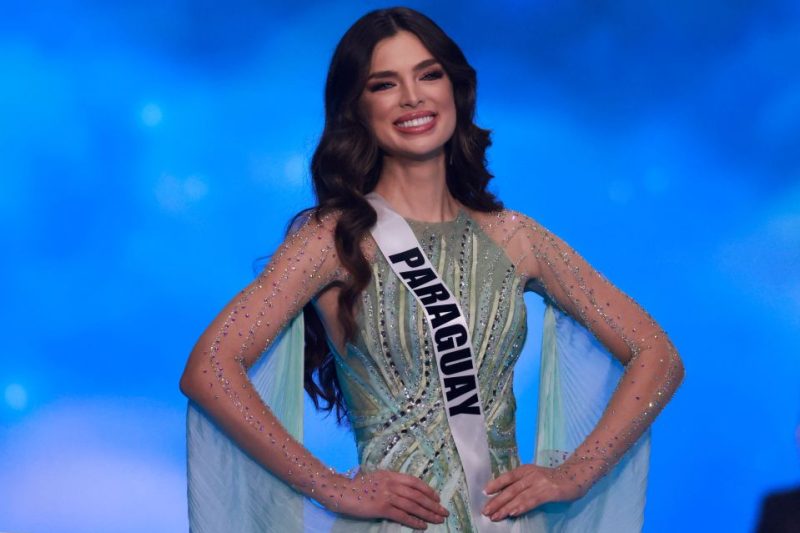 FORMER Miss Universe star Nadia Ferreira has been in the spotlight since her Miss Teen Universe Paraguay days.

Now, the star is making headlines off of the runway due to her relationship with Marc Anthony.

AFPNadia Ferreira earned the title of Miss Paraguay in 2021[/caption]

Who is Nadia Ferreira?

Born on May 10, 1999, Nadia Ferreira, 23, is known as a Paraguayan fashion model and beauty pageant titleholder.

She first rose to fame in 2021 after she was crowned Miss Universe Paraguay, later representing the country at Miss Universe, where she finished as the 1st runner-up.

Outside of modeling, Nadia is known as the CEO of NF, a family business for women seeking sustainable development as well as those who suffer domestic violence, according to her Miss Universe bio.

She often posts about her life on Instagram where she has over 1.8million followers.

On May 13, 2022, Nadia Ferreira announced via Instagram that she is now engaged to Marc Anthony, 54.

“Engagement partyyyyy!!!  @marcanthony,” she captioned an Instagram story showing off her new ring.

The two then celebrated their engagement at a party in Miami, per TMZ.

Their engagement comes less than two months after the couple went public with their relationship, and also just one month after Marc’s ex-wife Jennifer Lopez announced her engagement to Ben Affleck.

At this time, details surrounding the beginning of their relationship remain unclear, but this will mark Marc’s fourth engagement, TMZ added.

It is also unknown if the two will have any children together as Marc is already the father of six from previous relationships.

What is Nadia Ferreira’s net worth?

A career in fashion often comes with a large price tag.

While an exact net worth for Nadia is unclear, it is reportedly between $2million and $3million.

Her fortune comes from modeling gigs, sponsorship deals, and her work with NF.