The 20 best series to watch on Amazon Prime Video 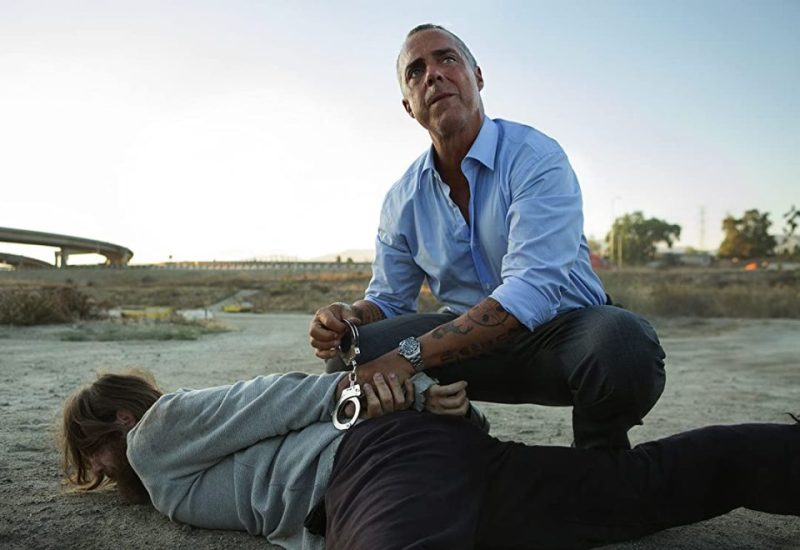 IF you burned through your watch list over the last two years of lockdown and self-isolation, you may be in desperate need of TV inspiration.

Fortunately, Amazon Prime Video has plenty of scintillating series to get you through 2022 and beyond.

Here’s our round up of the most binge-worthy shows on the streaming service has to offer.

Not already signed up? You can get a 30-day free trial.

A detective is accused of murderAmazon

Bosch tells the story of a detective working with the Los Angeles Police Department who is accused of the murder of a serial killer.

While fighting to clear his name, he also investigates the murder of a young boy.

The series has five seasons so far and stars Titus Welliver as detective Harry Bosch.

There are currently six seasons of Bosch out, so suffice to say its ripe for a binge.

A serial killer is loose on Carnival Row and the government continually turns a blind eye to the deaths of the lower class citizens.

But these aren’t your typical unfortunates – this fantasy series tracks a city filled with fairies, satyrs and other whimsical beasts, who have sought refuge in the human world.

A hard investigator – Ryancroft Philostrate (Orlando Bloom) is the only person who is willing to stop the murders and maintain a semblance of peace.

However, he is caught off guard when a refugee called Vignette Stonemoss (Cara Delevigne) forces him to reckon with a past he desperately wants to forget.

Carnival Row is expected to return for season 2 in 2021.

Mrs Maisel takes viewers on  a journey through the 1950s where she cements a career for herself against the odds, given the absence of women in the comedy space.

The show has three seasons out now, with a fourth expected to drop in 2021.
Rotten Tomatoes Audience Rating: 87%

Micheal Sheen and David Tennant‘s chemistry works wonders in adaptation that stays faithful to the book of the same name.

The series consists of just six episodes, meaning the dedicated could get through it in one sitting.

Tennant plays demon Crowley, who is a longtime friend of angel Azirpaphale, played by Sheen.

They’ve grown to love their lives on Earth representing heaven and hell respectively, however they have to prevent the coming of the Antichrist and with it the end of the world in the final battle on Earth.

The Expanse is set in a future where humanity has colonized the Solar System.

The series is set in a future where humanity has colonized the Solar System.
It follows a disparate band of antiheroes – United Nations Security Council member Chrisjen Avasarala (Shohreh Aghdashloo), police detective Josephus Miller (Thomas Jane), ship’s officer James Holden (Steven Strait) and his crew.
They unwittingly unravel and place themselves at the center of a conspiracy that threatens the system’s fragile state of cold war.
With five full seasons out now, The Expanse is ripe for a binge.
Rotten Tomatoes Audience Rating: 95%
Sign up to a free trial of Amazon Prime Video here

Alex Rider is an eight episode thriller based on Point Blanc, the second book in the long-running series of spy novels by Anthony Horowitz.

The story begins with Alex being recruited by MI6 to investigate the mysterious death of his uncle, going undercover at a remote boarding school that claims to straighten out rebellious children of the super rich.

Alex Rider will return for a second season later this year.

Rami plays Elliot, a cyber-security engineer suffering from anxiety, who works for a big corporation by day and hacks felons by night.

Panic strikes him after Mr Robot (Christian Slater), a cryptic anarchist, recruits him all debt records by encrypting the financial data of E Corp, the largest conglomerate in the world.

Vikings follows the adventures of Ragnar Lothbrok the greatest hero of his age.
The series tells the sagas of Ragnar’s band of Viking brothers and his family, as he rises to become King of the Viking tribes.
As well as being a fearless warrior, Ragnar embodies the Norse traditions of devotion to the gods, legend has it that he was a direct descendant of Odin, the god of war and warriors.
Vikings came to an end with its sixth season last year.
Rotten Tomatoes Audience Rating: 93%

What happens when superheroes don’t want to use their powers for the good of humanity?Amazon Prime

A dark take on what superheroes using their abilities for self-interest rather than the greater good looks like.

The powerless face off against the powerful as a dynamic duo embark on a quest to expose the truth about The Seven – the leading squad of superheroes backed by a multibillion dollar conglomerate.

Expect plenty of gore and graphic sex scenes in this decidedly adult approach to the genre.

There are two seasons of The Boys out now, with a third currently in production.

Will the annoying insect be helpful?Amazon Prime

Another superhero series where fantastical powers have been real for decades and an underdog accountant answers a call to action when he realises the city he lives in is owned by a super villain who was long-thought dead.
Enlisting the help of a strange blue superhero, The Tick, he fights to uncover the conspiracy, with all manner of hilarious diversions along the way.
With a blend of slapstick and satire, The Tick is perfect feel good viewing.
The Tick came to an end with season 2 in 2019.
Rotten Tomatoes Audience Rating: 93%

Two teens who strike up a romance discover that they have special powers that complement each other’s.

Tandy (Olivia Holt) and Tyrone (Aubrey Joseph) star as teenagers who come from very different backgrounds but discover that one life-changing event has the power to merge them together like never before.

The youngsters use their powers to try and fix some of what’s wrong with the world.

Cloak & Dagger was cancelled after its second season  back in 2019.

Based on the British Comedy of the same name, this sitcom is told through the lens of a documentary.

Scranton, Pennsylvania sets the scene where it  shows the highs and lows of working life.

With a whopping nine seasons out now, there’s plenty to sink your teeth into.

The highs and lows of being a millennial womenAmazon Prime

Working at a women’s magazine, these three friends try and navigate love and friendship together.

The trio shows the life of millennial women in a comedic fashion.

The series is inspired by former Cosmopolitan editor Joanna Coles.

The Bold Type will air its fifth and final season later this year.

In 2033, human beings are able to upload themselves into a virtual reality afterlife that is chosen by them.

Created by Greg Daniels who also created The Office.

Tig stars as herself in the dramaAmazon

The Amazon original dark comedy is based on the events of the comic series American comic Tig Notaro’s life story.

Starring as a Los Angeles radio host with the same name, Tig is dealing with health issues, including recovering from a double mastectomy.

When her mum becomes really unwell, Tig returns to her home town of Mississippi where she is forced to confront a hilarious (albeit painful) set of truths about her family.

In order to heal, physically and mentally, Tig must reconnect with her roots.

Casual is a show about dating like no other

Dating is hard and dating is awkward, especially if you’ve just moved in with your newly divorced sister and teenage daughter who is also entering the dating pool for the first time.

That’s exactly what happens in the hilarious comedy Casual, when bachelor Alex Cole moves in with sister Valerie and her daughter.

Each one seems to have only casual relationships (hence the show’s title): Valerie because she’s newly divorced and trying to have fun; Alex because he’s sort of a stereotypical bachelor who has yet to really grow up; and Laura, because she’s a teenager.

But the new living arrangement turns out to be a learning experience for everyone that lead to moments of hilarity.

The trio talk all things cars and do things such as car reviews and timed laps, motoring challenges and races, studio segments, and celebrity guests.

Their latest special episode hit the streaming platform in December 2020 called The Grand Tour: A Massive Hut, where they take on the difficult terrain of Madagascar.

Next the lads are headed to Scotland, with their mini adventure set to drop later this year.
Rotten Tomatoes Audience Rating: 89%

18. All or Nothing: Tottenham Hotspur

It chronicles a difficult season for the club, beginning with the sacking of the Mauricio Pochettino as manager who was replaced by José Mourinho, and the attempt by Mourinho to guide the team in an ultimately unfulfilling season interrupted by the COVID-19 pandemic.

The rising fortunes of Leeds United are exploredAmazon Prime

Every twist and turn of Leeds United’s fortunes since the start of the 2018/19 season is profiled in this docuseries voiced by lifelong Leeds fan, actor Russell Crowe.

Jeremy Clarkson tries his hand at farming on his hit docuseries.

The Grand Tour star has owned his Oxfordshire farm for years but decided to run it himself when his land manager retired.

With the help of young but knowledgeable farmer Kaleb Cooper, Jeremy figures out how to look after a flock of sheep, plant and harvest his fields in time and deal with the unpredictable British weather.

There’s laughs along the way as well as a real insight into what actually goes into being a British farmer.

All the series above are available to stream on Amazon Primenow.