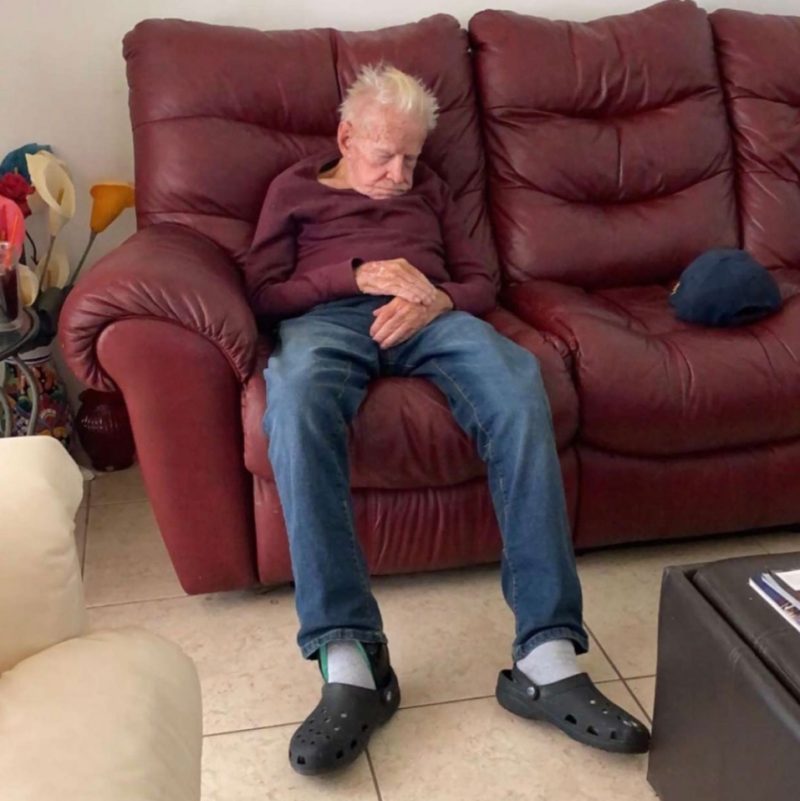 INTERNET sensation Papa Jim, 92, has died according to one of his close friends.

Days before his death, Papa Jim uploaded a haunting post of himself on a couch with the caption, “Quit sleepin on me…”

Fans of the internet star gave an outpour of support in the comments to pay tribute to the friend of YouTube celeb Danny Duncan.

“rest in peace papa jim, you were very loved,” one Instagram user commented on his final post.

“THE COOLEST GUY ON EARTH,” another fan proclaimed in the comment section.

And another fan said, “Rest in awesomeness papa Jim.”

The Right Stuff and Tremors actor Fred Ward dies at 79

This comes after YouTuber Danny Duncan announced on Thursday that the elderly man had passed away.

Paying tribute, Duncan said: “Thank you for all the laughs and unforgettable memories. I love you, Papa Jim.”

He appeared to brand Jim the “Greatest of All Time” as he ended his post with a goat emoji.

He shared pictures of the pair riding on a motorcycle and inside a helicopter.

It’s not known how Papa Jim died as his family has not released a statement.

Thousands of tributes have been paid to the internet star under Duncan’s post.

One fan said: “Such an inspiration.”

While another commented: “Dude so sorry what a legend.”

And, a third said: “RIP Papa Jim. Always had such good vibes in Danny Duncan videos.”

Last year, Papa Jim had fallen victim to a death hoax as rumors circulated online that he had died, The Focus reported.

Duncan rubbished the speculation as he said in an Instagram video that the senior was “alive and well”.

Papa Jim was the grandfather of Duncan’s pal David Tomchinsky.

Tomchinsky works as a social media manager and executive assistant for his brand.

Duncan has entertained viewers with his pranks on YouTube since March 2014 and has more than 6.5million subscribers.