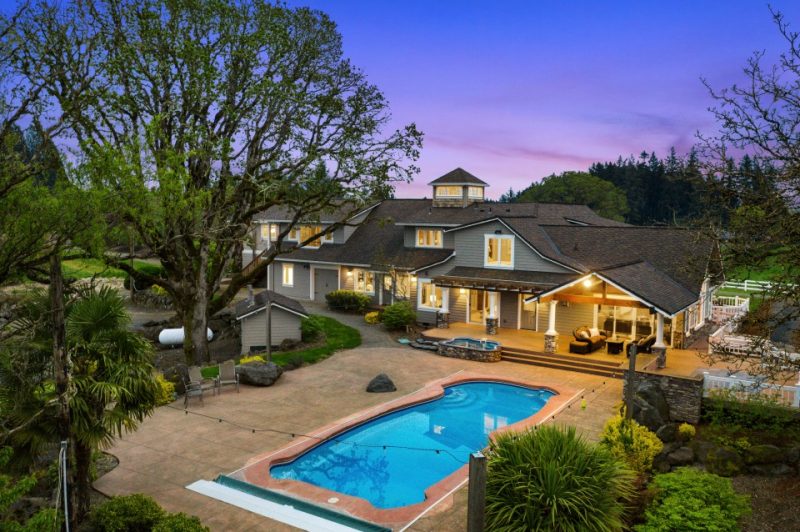 LITTLE People, Big World’s Matt Roloff has thrown shade at his sons Zach, Jeremy, and Jacob, after he was slammed by fans for not selling his $4million farm to his own family.

Matt, 60, has revealed on Instagram that he is officially selling the Oregon pumpkin farm.

The LPBW star mentioned that about “16 acres” of the “109 acres” have gone up for sale.

The reality star mentioned that the sale is “a tiny bit scary but mostly exciting.”

He concluded: “It’s time to move toward the next season of life.”

According to the Wall Street Journal, the Roloff patriarch has asked for about $4 million with the sale of the “original family home and bright red barn,” where he and his ex-wife raised their four children.

“I want to start to scale back a little bit.”

The TLC star is currently dating his girlfriend Caryn Chandler.

LPBW fans jumped at the comments section and slammed the TV personality for not selling the property to his children.

One fan brought up Matt’s children and asked: “None of the kids wanted to buy it?”

Matt responded: “They all had more than enough…and very fair chances.”

Another fan said: “Why not sell to your family? So the farm can live on! It’s confusing.”

A third fan mentioned: “All a bit sad, especially with the boys not taking over.”

A fourth person wrote: “If you want your kids to be part of a legacy, you include them at a fair price or gift the property to them.

“If you’re interested in making a profit, then you ask your kids to pay the price you want.”

A commentator chimed in: “I’m sorry, but he should have sold it to Zach at the lowest price. Memories are more important than money.

“Matt probably put himself in debt with his crazy builds and needs money to save his butt.”

At the beginning of May, Jacob tweeted and deleted a statement about how he was “preparing the farm for sale.”

TLC will premiere the new Season 23 on May 17th.

The reality show will follow Zach’s wife, Tori, 31, and his growing family, along with her mother-in-law Amy and her new husband Chris Marek, 59.

In the recent trailer, the tension between Zach and Matt exploded in an argument over who would take over the farm.