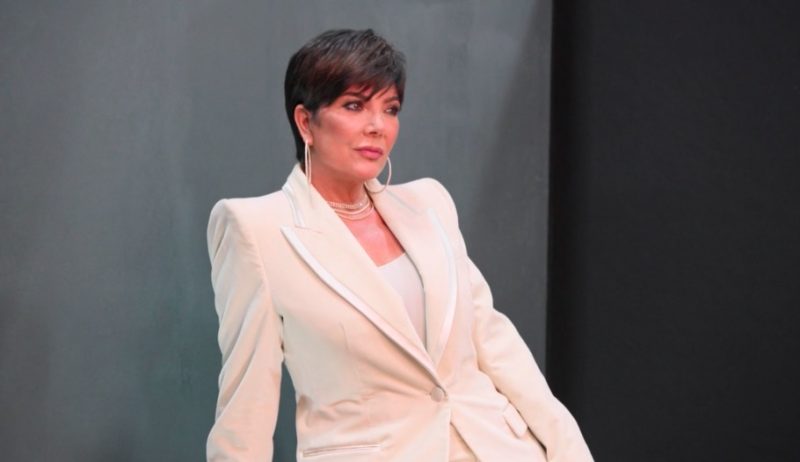 KRIS Jenner has shown off her REAL skin in an unedited behind-the-scenes video from the Hulu show.

The close-up look comes after she was slammed for her heavy use of Photoshop.

On episode five of The Kardashians, viewers saw Kris, 66, in front of the cameras as the Hulu team took promo images for the new series.

Wearing a pristine white pantsuit, she added elegant silver jewelry as she posed for the photographers.

But this behind-the-scenes reveal gave viewers an insight beyond the usual family drama.

Hulu viewers could see the momager’s real skin texture before any editing had been applied to the photos.

Her complexion appeared notably different compared to the finalized promo images which were later released by the network.

Viewers could see Kris’ natural lines and wrinkles, as well as the usual blemishes.

It comes after the mom-of-six was slammed by fans for her “filtered” Hulu promo pic.

KarJenner fanatics previously expressed their disapproval when the doctored photo was shared on The Kardashians Hulu Instagram page.

One angrily called out: “Filtered!” while another thought the mom-of-six looked “20 years” younger due to heavy Photoshopping.

In episode five, fans also got a look at Kris’ make-up free face, when she sat down for breakfast with her daughter Kim Kardashian, 41.

The lawyer-to-be’s mom had no time for her usual glam routine, after rising early to give Kim some encouragement before she took the baby bar exam.

However, Kris isn’t the only member of the famous family who has recently showcased her natural skin texture.

The beauty mogul stripped off her makeup to give an up-close look at her natural skin, including pimples.

Kylie has won over fans recently with her unedited photos, especially when she showed off her post-baby body featuring “extra weight” and “stretch marks”.

Although the reality star family has faced much criticism for their doctored social media pictures in the past, close-up selfies and paparazzi shots have given fans more truthful looks at their real skin textures.

Furthermore, Kim has been open about her battle with psoriasis, which is a skin disease that causes red, itchy scaly patches.