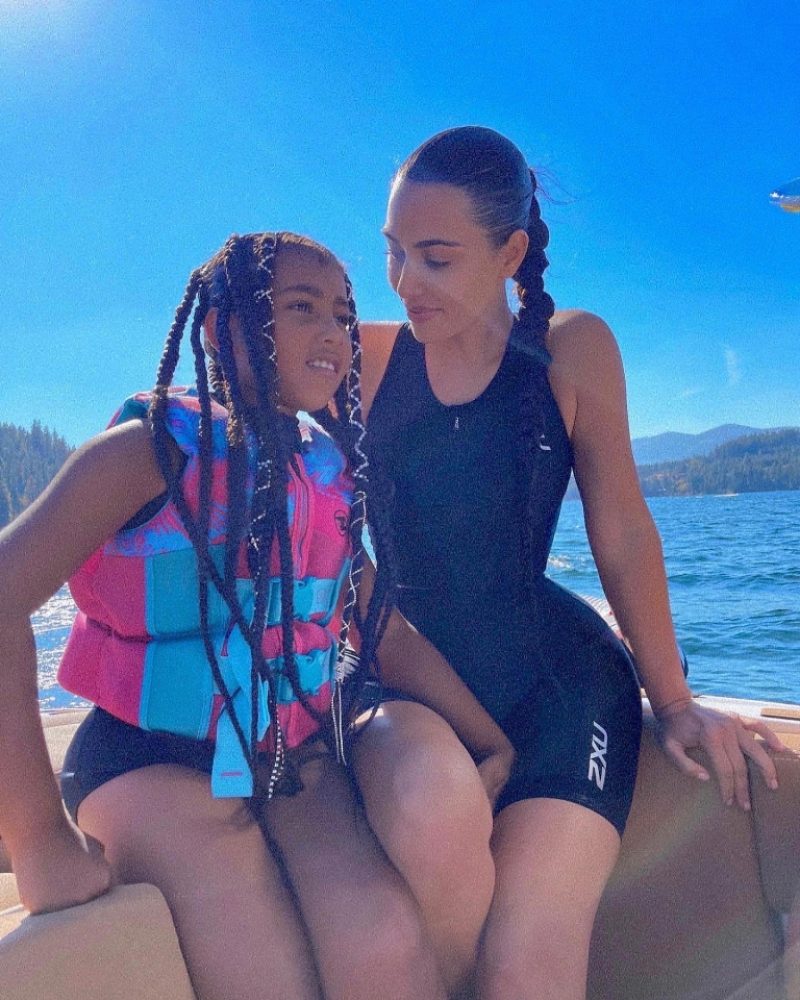 The Keeping Up With the Kardashians alum has shared throwback photos from last year on Instagram.

InstagramKim Kardashian shared a throwback photo of her daughter North[/caption]

Kim, 41, realized her daughter is about to become one year older.

The mother/daughter duo sat inside their boat while soaking up the sun.

The reality star had on a black bodysuit and combed her long hair into a ponytail.

North wore her life-preserver vest and added purple braids to the dreadlocks.

Kim said she was “looking through my phone at pics on the lake last summer.”

The E! star realized that her “baby girl is turning nine soon,” along with a crying emoji.

North is expected to celebrate her birthday on June 15th.

Recently, the KUWTK star shared a series of photos in honor of Psalm’s third birthday.

She hosted a Hulk-themed party last week and took group photos with her four kids.

Kim flexed her muscles for the camera while dyeing her hair platinum blonde.

The group stood in front of over-the-top green decor.

North wore black jeans, an emo graphic T-shirt, and had braces as she squished slime in her left hand.

Kardashian fans noticed how North resembled her mother in the image.

One fan said: “North is turning into your mini!”

Another fan added: “North is straight Kim, has daddy’s cheeks for a second, but she’s Kim’s twin!”

A third fan mentioned: “North is so pretty.

A fourth person chimed in: “North is so beautiful. She looks like Kim in her younger days,” another wrote.

In addition to North and Psalm, Kanye West, 44, and Kim are the parents of Chicago, four, and Saint, six.

After filing for divorce from the Donda hitmaker back in February 2021, Kim is currently dating the Saturday Night Live comic Pete Davidson, 28.

During a recent installment of The Kardashians, the TV personality opened up about her relationship with her sister Kourtney’s ex Scott Disick, 38.

Scott asked Kim why she didn’t answer his FaceTime.

She responded: “I was probably busy,” while laughing.

Scott nodded and slyly replied: “Oh, I get it.”

The producer pressed her as well for details but Kim giggled as she said: ” “Leave me alone.”

The E! star then offered some insight to talk show host Ellen DeGeneres, 64, during a gathering at her home.

Kim gushed about the Suicide Squad actor: “Truly the sweetest, nicest human being on the planet.”