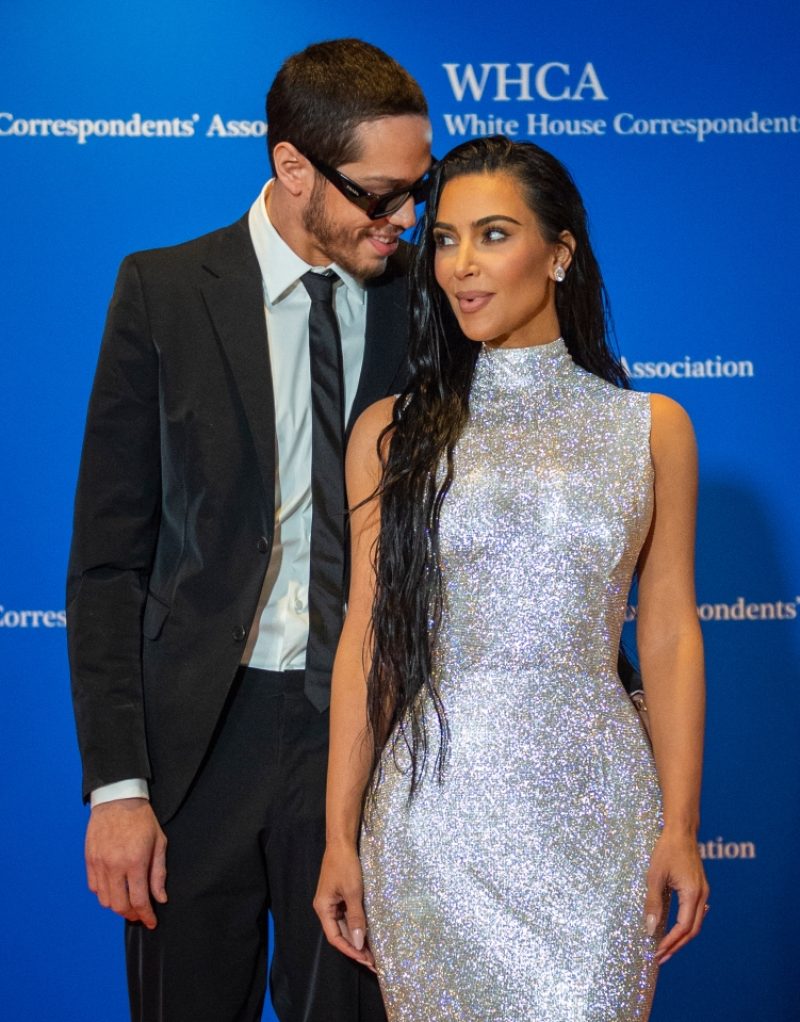 KIM Kardashian has shared personal details about her relationship with Pete Davidson on the latest episode of her family’s Hulu series.

The model’s romance with the SNL funnyman began while filming the new series, The Kardashians.

In the latest installment, Kim commented on how she’s been distracted by her newfound beau.

When her sister Kourtney’s ex Scott Disick asked Kim why she didn’t answer his FaceTime, she responded: “I was probably busy,” while laughing, recalling her night.

The Flip It Like Disick star nodded, slyly replying: “Oh, I get it.”

Producers then teased Kim during a confessional interview where the SKIMS founder was vigorously texting on her phone.

“Who are you texting Kim?” a producer asked as she giggled, jokingly responding: “Leave me alone.”

The producer pressed the 41-year-old for details, pointing out the smile on her face.

“Does his name rhyme with ‘feet,’” they asked to get Kim to confess that she was talking to the Suicide Squad star.

Kim just laughed without looking up from her phone.

However, the Hulu star did spill some details about 28-year-old Pete to Ellen DeGeneres during a gathering at her home.

“Truly the sweetest, nicest human being on the planet,” Kim gushed about the Staten Island native.

Scott, 38, asked the aspiring lawyer her intentions with Pete, but she refused to discuss more, saying: “We’ll talk later.”

After the clip was shared on the Instagram fan page, Kardashian Social, fans immediately took to the comments to compliment Kim’s happy mood.

“That was already the best scene of the whole show love to see Kim like this,” one person wrote.

“Been a while since we saw her so happy and not just smiling, but happy,” another echoed.

“I love her like this. She’s so cute,” a third remarked.

Earlier in the episode, Kim subtly responded to a debate about “BDE” amid chatter about her new beau’s “big energy.”

Kim’s sisters Khloe and Kourtney initiated a discussion about “BDE,” an acronym for “Big D**k Energy.”

The conversation began during the TV star’s surprise birthday party, where a group of Kim‘s close gal pal’s gathered for an intimate celebration.

After the group sat down to eat and Kim gushed over her sweet birthday message from Madonna, Khloe reminisced about a party they went to during their younger years.

“There was this guy there that I had a crush on. He was like the hottest plastic Ken Barbie doll. He definitely does not have big d**k energy,” Khloe joked.

Kim smirked at the comment made before her relationship with Pete became big news to the public.

Kourtney, 43, added that his nickname was “Big Balls,” as Khloe refuted: “You can have big balls and not a big d**k.”

Another person said: “Big ball energy is not the same.”

A curious Khloe asked the crew, “What’s the difference between BDE and BBE” during a confessional interview.

No one knew the answer, prompting one to admit, “I’m scared,” as Khloe giggled.

“What the f**k are the balls gonna do for me?” the 37-year-old added. “Your tiny penis and you need these big balls? That’s mortifying.”

She then explained that BDE is “like you’re just like cocky and confident because you have a big d**k.”

Kourtney gave her take in a confessional interview, asking: “Who doesn’t like confidence, you know?”

While at the party, their 66-year-old mother, Kris Jenner, caught the ladies off guard when she recited her wisdom on the subject, saying: “Later in life, they all lose their hair, and they don’t look the same, and they have a potbelly.”

Kim’s reaction to the conversation was telling as fans have grown fascinated about her and Pete’s newfound connection.

Another posted: “I think she’s saying the title of the song because Ariana Grande had mentioned he was well endowed, lol.”

Scott also previously commented on Pete’s package when referring to the comic’s private parts as a “tripod.”

The couple was first linked after locking lips in an Aladdin sketch during Kim’s Saturday Night Live hosting debut in October 2021.

Pete is the first person Kim has been linked to since ending her seven-year marriage with rapper, Kanye West.

HuluEarlier in the episode, Kim smirked during a conversation about ‘BDE,’ amid rumors about Pete’s ‘big energy’[/caption]