Kendrick Lamar’s The Big Steppers Tour 2022: How can I buy tickets? 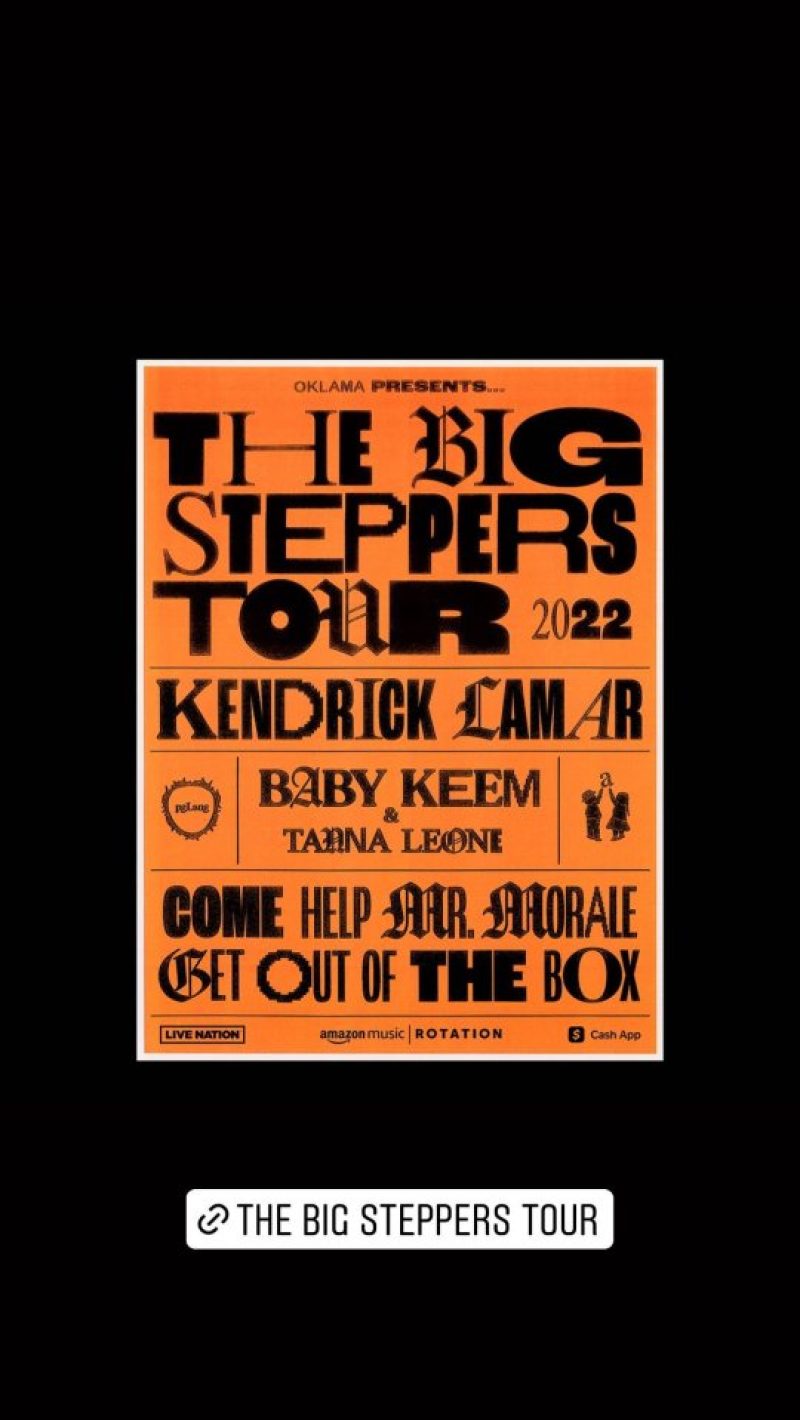 RAPPER Kendrick Lamar released his latest album, Mr. Morale and the Big Steppers, on Friday, May 13, 2022.

The same day, Kendrick Lamar revealed the news of The Big Steppers Tour on his Instagram story.

The tour announcement arrived on social media just one day after Kendrick Lamar shared the album cover for Mr Morale and the Big Steppers.

The presale for the tour will begin on two separate days depending on the city.

Fans can find the details on tickets and the official presale on TicketMaster.

TicketMaster will begin the presale on Thursday, May 19, and Friday, May 20.

According to the tour poster, the tour is presented by Live Nation, Amazon Music, Rotation, and Cash App.

On April 18, 2022, Kendrick released a press statement on his Instagram announcing his new album.

The end of the statement read “All factual information will come directly from this source only.”

After North America, Kendrick will head to Europe and Australia.

Some of his US tour dates include:

The week the new album was released, Kendrick also dropped a music video for The Heart Part 5.

In the video, Kendrick is digitally morphed into other famous entertainers including Kanye West, Will Smith, Jussie Smollett, and O.J. Simpson.

He also honored the late Kobe Bryant and Nipsey Hussle.

When was Kendrick Lamar’s last album?

It was been five years since Kendrick’s last full-length studio album release.

Prior to that, he released To Pimp a Butterfly in 2015.

Kendrick is a Pulitzer Prize-winning artist as he won in the Music category in 2018.