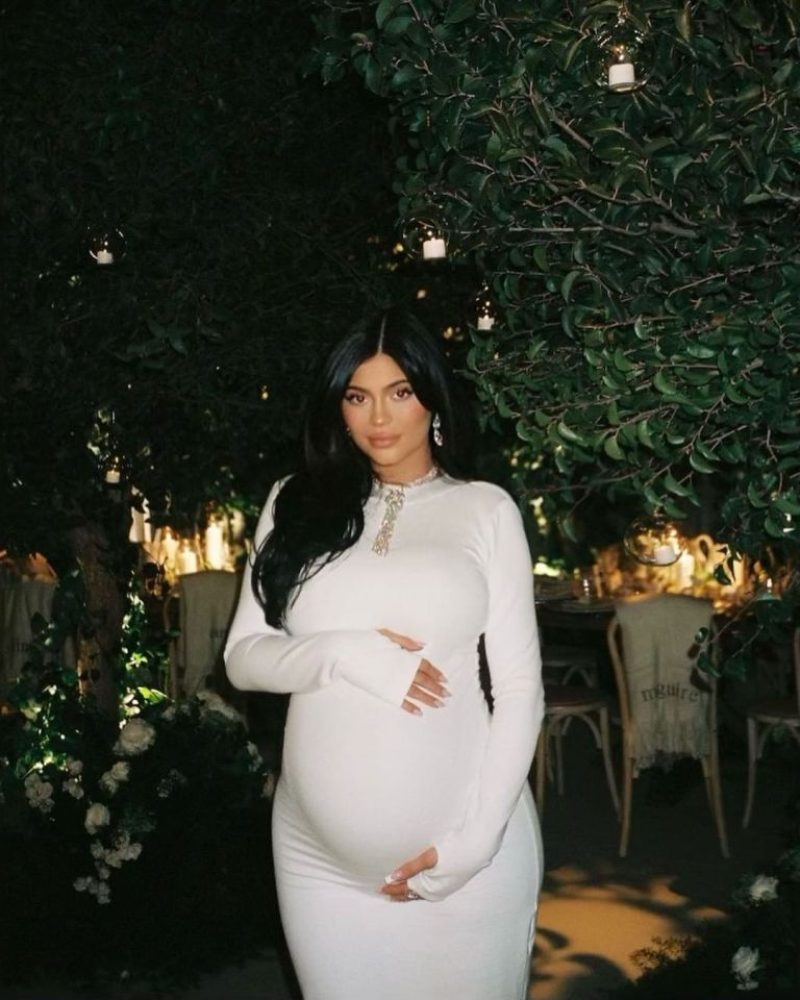 She took to her Instagram stories to wow her followers with the reveal.

The momager, 66, gave fans their “first look” at the baby when she shared a portrait of the whole family sketched by an artist.

The family memento offered a hand-drawn look at all of Kris’s children and her grandchildren.

All of the grown-up KarJanners were drawn alongside their kids, including Kylie with her daughter, four-year-old Stormi.

The cosmetics mogul was depicted also holding her baby son, whom like Stormi, she shares with 31-year-old Travis Scott.

The boy, who was previously known as Wolf, was drawn with his short baby hair, wearing a charcoal baby onesie.

After the image was shared on Reddit, Kardashian fanatics rushed to discuss what one user described as the “official first picture of the baby.”

Although Kris only gave fans a look at an artist’s impression, this is the closest they have come to seeing Kylie’s baby son’s face.

Previously, his mom has only shown off images and videos of his body, including his tiny hands and feet.

Last weekend, the reality star acknowledged Mother’s Day with a heartwarming video, in which she shared a sweet montage of moments with her son and her daughter Stormi.

She held the boy’s tiny hand and stroked his fingers during one tender moment in the clip.

The video also showed an ultrasound of her son, as well as her stomach moving as he kicked when she was pregnant.

Since his birth in February, Kylie has been slowly teasing fans with new pictures, including an intimate arrival announcement photo of the mother-son pair holding hands.

The Hulu star was recently also praised for showing off her “stretch marks and extra weight” in a candid photo of his feet resting on her postpartum tummy.

Kylie revealed earlier this year that she and Travis changed their son’s name from Wolf as they claimed it “didn’t feel like it was him”.

Fans are still waiting to learn the new moniker that his parents have chosen.

Following her appearance at the Met Gala earlier this month, the billionaire jetted off to Turks and Caicos for a romantic vacation with Travis.

The luxurious getaway gave Kylie plenty of chances to show off her bikini body.

She and Travis Scott are also parents to four-year-old StormiRexKylie Jenner/InstagramAs she continues along her postpartum journey, Kylie took some time to unwind this month in Turks and Caicos[/caption]