Jeopardy! fans believe the permanent host will be revealed in DAYS as Ken Jennings & Mayim Bialik battle over position 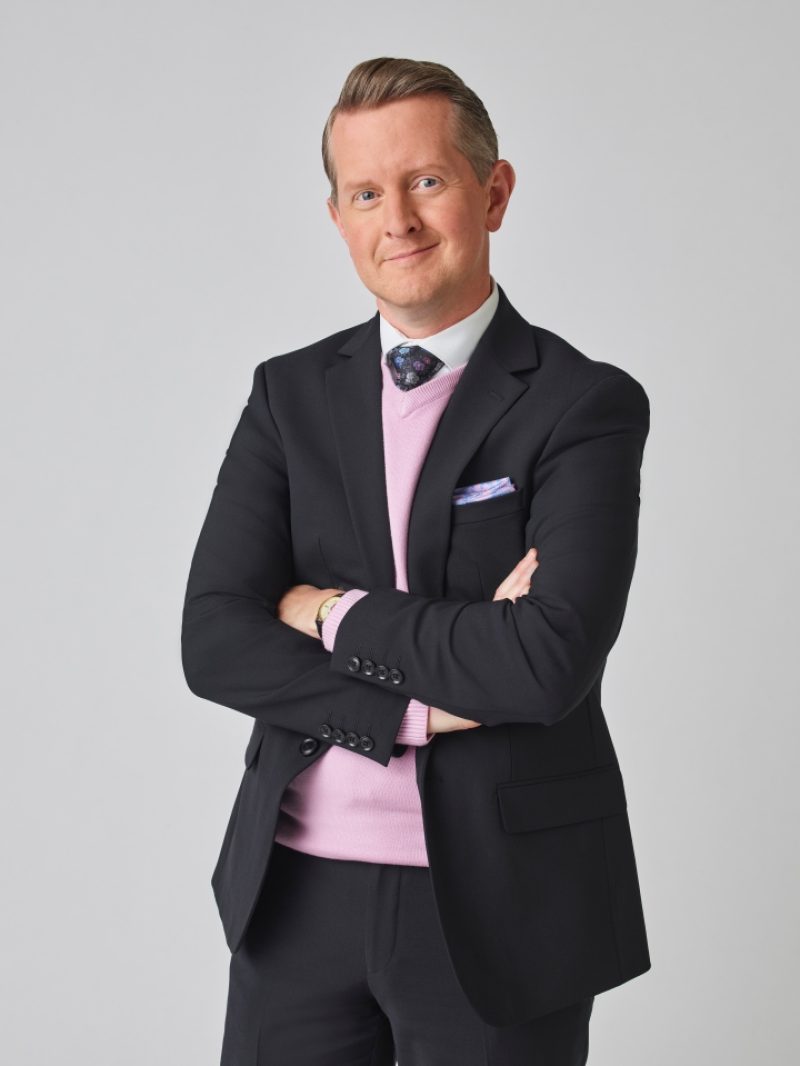 JEOPARDY! fans believe the permanent hosting position will be revealed in DAYS.

Amid Ken Jennings and Mayim Bialik’s shared role, internet users have spotted why one might score the respected gig sooner than expected.

GettyJeopardy! fans think the permanent host will be revealed in just days[/caption]

GettyAlum Ken Jennings and actress Mayim Bialik have been battling for it, but fans spotted why it could be game over for one[/caption]

Mayim, 46, is hosting Jeopardy! this week, returning after Ken, 47, had three weeks at the helm with “exciting” games fans generally enjoyed watching him steadily handle.

One earlier wrote to Facebook: “I really wish Jeopardy would just say Ken is the new host and get this over with. That’s clearly where this is going.”

Many fans are indeed hoping the latter – not only an alum of the game show but its ‘Greatest of All Time’ tournament champion – will take over for good.

The official successor to the legendary Alex Trebek will be announced this July at the end of Season 38 – but the internet has buzzed in on why it may be a done-deal MUCH sooner.

I won Jeopardy! – Alex Trebek gave me the best advice on spending my $61K

As Deadline reported, the main broadcast “upfronts” for the coming TV year are happening next week.

The upfronts are a crucial annual event in which executives announce slated programming.

Fox’s upfronts are happening on May 16, and include their sitcom Call Me Kat – Mayim starring as the titular Kat.

As the ardent Jeopardy! Subreddit speculated – if the sitcom is greenlit for a third season, the booked actress wouldn’t be able to fully do both.

‘WE MAY KNOW THE OUTCOME’

A Reddit user titled a thread: “Observation: With Fox’s upfront event taking place next Monday, we may unofficially know the outcome of next season’s hosting situation by then.”

They added: “If Call Me Kat gets greenlit by the network, it could seal Mayim’s fate.”

Dozens of wide-eyed fans flooded the comments noting the filming schedules could be conflicted.

“I have never rooted as hard for a show I have never seen, and will never watch, to be renewed,” one harshly encouraged.

“Everyone start watching Call Me Kat and make it super successful!” wrote another, noting: “For me, Ken is the more tolerable option.”

A third commented: “There’s a solid chance it [her sitcom] could be back as a midseason entry, as it has for its first two seasons.

“This would likely mean a similar recording schedule to this season, which could easily mean seeing the Ken-Mayim combo again.”

But as a fourth alleged, if producers wanted solely one host: “Mayim’s contract is a one-year deal. If that is true, she doesn’t have to voluntarily walk away. They just have to decide not to renew her [on Jeopardy!].”

Others noted they like “kinda like the idea of prime time specials [like the ‘GOAT’ tournament or November’s Tournament of Champions] having a different host,” which Mayim could theoretically do in this scenario.

A sixth wrote: “No offense to Mayim, but with all her little gaffs that they have covered with editing and the slowness to reply, I really would question the executives if they made Mayim the full time host.”

After a scoreboard of celebrity guest hosts like Aaron Rogers – the two were chosen in Season 37, but Mike landed in hot water for comments he had made on an old podcast and on other game shows.

He announced he was stepping down as host – only a week after his debut, and Ken joined the race.

The show’s ratings nearly doubled as the 74-time winner made his first appearance and hosted through contestant Amy Schneider‘s two-month winning streak.

However, when Mayim took over her hosting duties for the Jeopardy! College Championship back in February, the headcount dropped to 5.5 million viewers.

By the end of March, Mayim increased her viewers up to 5.7 million, but many fans simply want Ken.

When he bowed out of ABC’s sister gameshow The Chase – which his ‘GOAT’ competitors James Holzhauer and Brad Rutter still helm – many saw it as a good sign.

He did, however, shock the fanbase when earlier this week, he announced on Twitter he was “handing the keys back” to Mayim “for a few months.”

“I’ll be back before the end of the season,” he concluded, as fans are clearly more hopeful now.

Mayim has unfortunately gotten mixed reviews on Jeopardy! so far during Season 38 including a few Q&A banter blunders.

On Tuesday, a contestant explained in the Q&A round that they helped implement a new way for kids to be tested for autism with saliva instead of a prick of blood.

Mayim made another remark that flatlined before Ken returned for his (and Mattea’s) recent stretch.

She told a doctor he was “just an anesthesiologist, not a surgeon.”

Even recent fan-favorite Mattea Roach – now the show’s fifth longest-consecutive winner ever – stated after her run which was mostly on Ken’s watch she wanted Ken to take over.

“As a contestant, there is something really special about being onstage with the greatest player of all time,” the 23-year-old told Vulture about the respected figure.

Ardent Reddit users in the same subreddit also claimed this week that in a happy selfie returning to set, Mayim seemed to have leaked some show answers.

On a rolled-up piece of paper in the frame, fans alleged they could decipher three upcoming clues including a Final Jeopardy which many called a “disaster.”

GettyJeopardy! fans think Ken Jennings could be named permanent host in DAYS, as Fox is set to announce if Mayim Bialik’s sitcom is being renewed[/caption]

Mayim Bialik/InstagramSome fans have enjoyed Mayim, but the actress has gotten mixed reviews and seemingly ‘leaked’ clues this week[/caption]