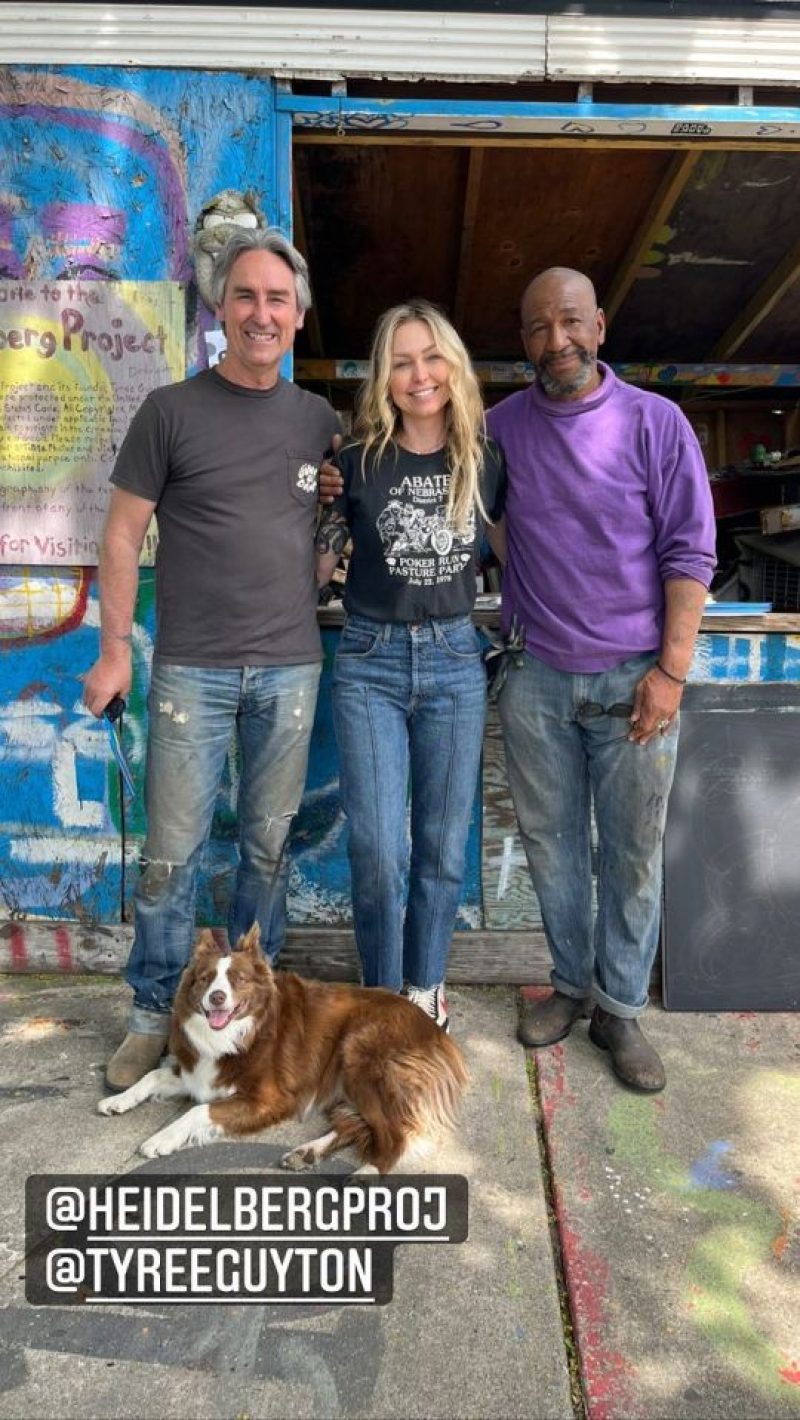 The pair has been jet-setting across the country since announcing their relationship in August of 2021.

Now Leticia, 43, has shared an inside look into her couple’s retreat with Mike, 57, as they enjoy the sights and sounds of Detroit.

The former Maxim model took to her Instagram Stories on Thursday to update fans on their travels as they explored the Michigan city.

The couple visited a beautiful art deco-inspired hotel called The Siren, complete with a sandwich restaurant and a cozy library for reading and studying.

A hallway outfitted with black and white tiled flooring and mood-lighting from sconces let to the rooms of the property.

Leticia snapped a photo of their suite, complete with a romantic love seat, old-world designs, and lush plants as decor.

Later the reality star posed for a photo in front of an outdoor wall mural as she faced away from the camera, showing off her bright blonde hair.

The TV star snapped pictures of antiques, writing that she “got to experience something so amazing today.”

After grabbing more images of an outdoor art installation called the Heidelburg Project, she continued: “A place I’ve been wanting to visit for years….”

Mike then posed for a photo with the creator of the art exhibit, and the two explored the property together.

Towards the end of the evening, the duo headed out for some drinks at a beautiful cocktail spot called the Candy Bar, outfitted with a massive disco ball and 1920s architecture.

A stunning gold crystal chandelier was poised as the centerpiece at the Detroit hot spot.

The elusive couple went public with their relationship last year after Mike’s former partner Jodi Faeth filed for divorce in November of 2020.

A year later, Mike finalized their split after nearly 10 years of marriage.

Since the start of their fling, Leticia and the TV star have been traveling to interesting locations across the states.

Last month, the two posed together for a rare photo as they visited their pal’s Tennessee art gallery.

They traveled to see the artwork of Marnie Miller as she shared a sweet snapshot of the American Pickers host and his girlfriend on her Instagram page.

The artist took the picture during her “exhibit in Columbia, Tennessee at The Mulehouse Concert Venue, Lounge and event center.”

She mentioned that the couple had dropped in “to say high and check out some art.”

Marnie added: “Love them so much for this.”

Mike and Leticia took the photo while they were standing in front of a Jimmi Hendrix painting.

The lyrics to Jimi’s classic song, Purple Haze, appeared on the canvas as well.

The History star and former model smiled together in the snap, and Leticia also re-shared Marnie’s post on her own Instagram Story.