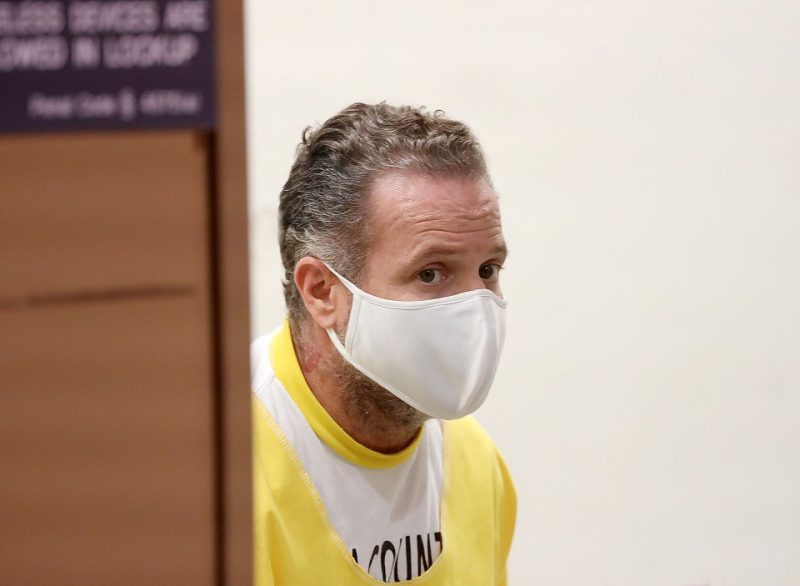 KARDASHIAN business manager Angela Kukawski’s boyfriend has pleaded not guilty to murder after her body was found stuffed in her car trunk, The Sun can confirm.

The 55-year-old mother, who had a number of celebrity clients including the Kardashian family and Nicki Minaj, was found dead on December 23.

Jason Barker, who marked his 50th birthday behind bars, was arrested soon after and charged on two counts of torture and murder.

The Ventura County Coroner found Kukawski died from sharp and blunt force injuries to the head and neck and strangulation.

Prosecutors allege Barker tortured her with a knife and a firearm “with the intent to cause cruel and extreme pain and suffering for the purpose of revenge, extortion, persuasion and for a sadistic purpose, inflict great bodily injury.”

The Sun can confirm he entered a plea of not guilty this week after appearing in court in Van Nuys, California before Judge David Yaroslavsky.

Barker remains behind bars ahead of a preliminary hearing on June 16 with bail set at $3.07million.

Police suspect that Barker killed Kukawski inside her Sherman Oaks home and then placed her body in her car, which he drove to a Simi Valley residence belonging to a family member and then allegedly fled.

Kukawski, a mom-of-five, worked at Boulevard Management in Woodland Hills, which specializes in “financial management services to entertainers, athletes, and high-net-worth individuals.”

Boulevard’s Todd C. Bozick told Variety in a statement: “We are saddened and heartbroken by the loss of our colleague, Angie Kukawski.

“Angie was a kind, wonderful person, and she will be greatly missed by all who knew her. Our deepest condolences go out to all of Angie’s family and friends.”

The Kardashian-Jenner family also released a joint statement, saying: “Angela was truly the best. She cared about every one of us and made things happen that were impossible.

“She will be greatly missed and we send our sincere condolences to her family and loved ones during this most difficult time.”

Rapper Nicki Minaj posted her own tribute on her Instagram, writing: “Hardest working, most reliable, sweetest person you could ever know.

“You didn’t deserve this, Angela. My heart is breaking for your children. Rest In Peace.”

Social media photographs previously obtained by The Sun show Barker as a doting family man with a number of kids, siblings, and his elderly mother.

One photograph shows the tattooed murder suspect beaming as he cooked a steak in his kitchen, while another featured him with his ex-wife, arm-in-arm with his children.

The Sun approached his ex for comment, who confirmed Jason was her ex-husband and the pair divorced in 2017, but she refused to speak further on his arrest.

His elderly mother, who The Sun has chosen not to name, previously described her son on Facebook as a “handsome, funny, smart, charismatic, creative & loving man,” saying he was her “favorite son.”

Kukawski worked not only with the Kardashians but also with the Tupac Shakur estate, along with Kanye West and OffSet.

Those close to her shared with Variety that she was “a straight shooter” and “hard-working”, and friends added that she was “beloved” in her industry.

The majority of Kukawski‘s family are said to live out of state and declined to comment when approached by The Sun.