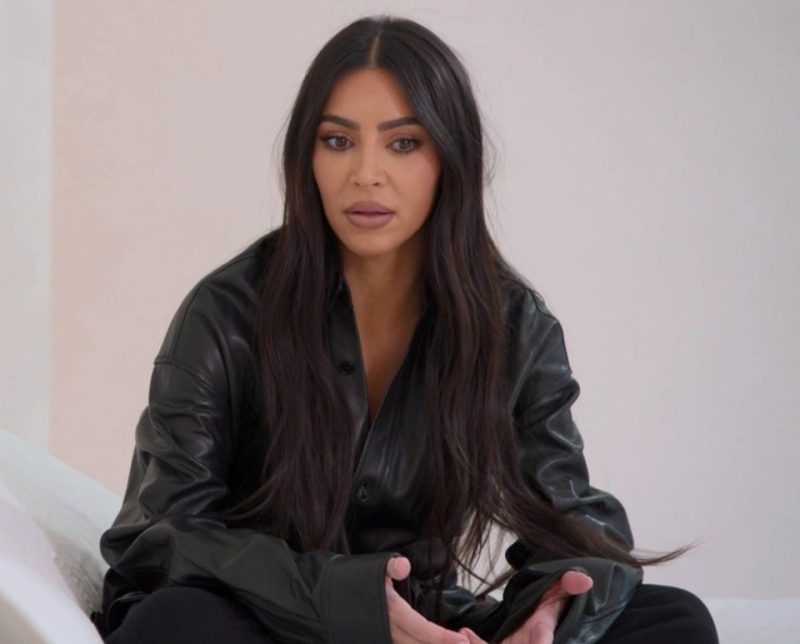 The reality star, 41, has admitted her packed schedule of filming the family’s reality show, studying to become a lawyer, looking after her four children and her bi-coastal romance with Saturday Night Live star Pete Davidson has taken it’s toll.

But now, friends and family are worried the star – who is divorcing Kanye West – has pushed herself too far.

“Kim looks amazing, always, but she’s good at keeping how stressed she is hidden,” an insider tells The Sun.

“She’s the skinniest she’s ever been and barely sleeping. Her family know that a lot of this is her rebounding from a very controlling marriage, and her determination to show Kanye how much better she is doing without him.

“But whereas before she was incredibly healthy and well-rested, now she’s constantly jetlagged and she’s finding it hard to fit workouts in. I think Kim’s really struggling but won’t admit it.

“She’s juggling being a hands-on mum, her studies, the high-pressure filming schedule and is always on edge that Kanye will go on another rant. She is having a great time with Pete but the travel is taking it’s toll and she’s barely sleeping. Everyone is worried she’s burnt-out.”

Kim recently boasted about losing 16lbs in three weeks to fit into Marilyn Monroe’s iconic dress for the Met Gala.

And fans of the reality show watched this week as Kim revealed she was having “panic attacks” over what to wear after soon-to-be ex-husband Kanye told her that her “career was over” and mocked her dress sense.

In an interview with sister Kourtney’s website Poosh, Kim revealed her tight schedule was planned down to the last minute – getting up at 5.45am and only going to bed at 11pm.

Kim said that after a day of work and meetings, she’s home to put the kids to bed.

“In a perfect world, I love to go to bed early, but because I’ve been studying for law school, I spend my nights reading. Most nights … I get the kids ready for bed and read books and put them to sleep. Then it’s back to studying for me until about 11pm.”

The star wore Marilyn Monroe’s dress at the Met GalaRexInstagramKim has been busy juggling being a mum, studying and work[/caption]