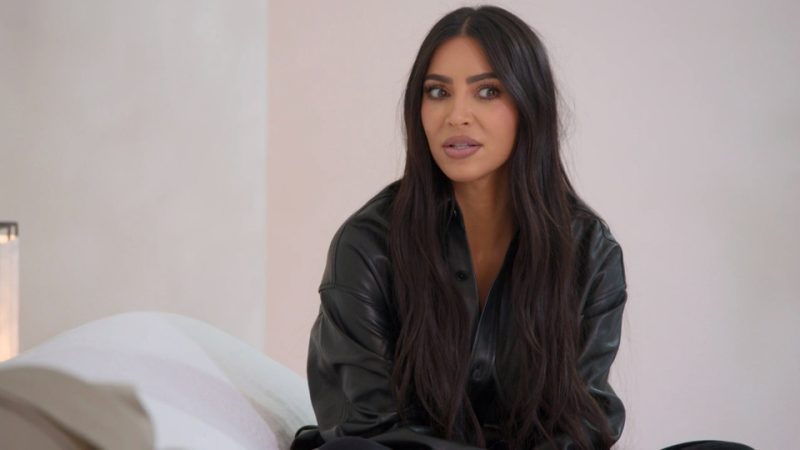 KANYE West has been slammed by fans for insulting Kim Kardashian, as he included a “cruel” comment about how she looked like the Marge Simpson cartoon character.

During the recent installment of Hulu’s The Kardashians, Kim, 41, revealed that she has been dealing with panic attacks.

In her conversation with her sibling Kourtney, 43, the Keeping Up With the Kardashians alum spoke about she was unable to make decisions on what to wear.

The Hulu star explained how Kanye West, 44, used to make the fashion decisions for her.

Kim finally made the decision, without the Yeezus rapper, to wear a brown leather dress for a business awards ceremony.

The E! was excited to win a business award as the founder of SKIMS.

Kanye flipped the happy mood around as he dropped an epic diss on her fancy outfit.

Kim said: “He told me my career was over. And then sent me a picture of Marge Simpson wearing something similar.”

KUWTK fans flooded Twitter and commented on how Ye trashed Kim’s fashion sense over her gown for the Wall Street Journal’s Innovator Awards.

One fan said: “Kanye trying to shame Kim for wearing a Marge Simpson outfit is weird. Like she’s been a fashion icon before both of them!?!?”

Another fan added: “The pettiness of Kanye showing Kim a picture of Marge Simpson. Comparing her fashion sense.”

A third fan mentioned: “Kim showing signs she was in a controlling relationship for too long. Getting anxious over not having Kanye tell her how to dress, and wear her makeup and hair.

“Then insults her when she starts dressing by comparing her to Marge Simpson.”

A fourth person wrote: “Kanye is a menace for saying Kim looked like Marge Simpson at an awards ceremony.”

A commentator chimed in: “Did Kanye really call Kim and tell her that her career was over after outfit?

“Kanye deserves his fashion props, but Kim also kills it!”

After filing for divorce from the Donda hitmaker back in February 2021, Kim is currently dating the Saturday Night Live comic Pete Davidson, 28.

Fans claimed that The Suicide Squad actor dropped a big clue he is secretly living with his girlfriend.

During his recent stand-up return at the Netflix Is A Joke festival, Pete said: “Does anybody else secretly hope that, like, Kanye pulls like a Mrs. Doubtfire?

GettyKim and Pete Davidson posed together at the Met Gala[/caption]

The Mega AgencyKanye told Kim that ‘her career was over’[/caption]