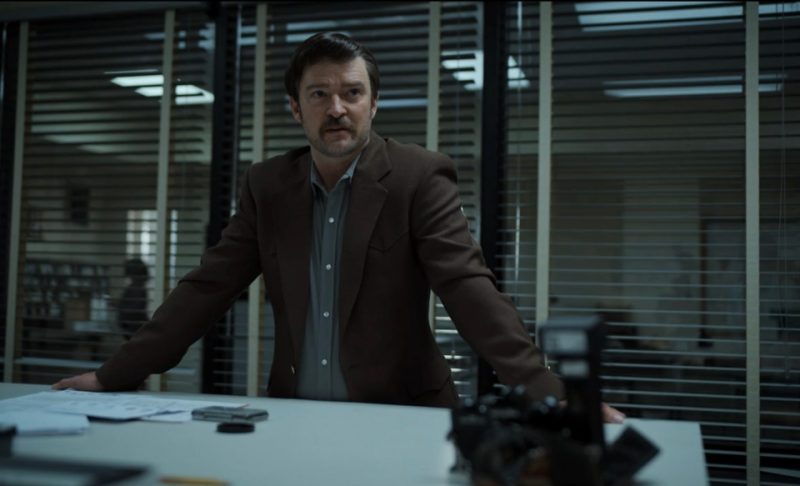 JUSTIN Timberlake has transformed into someone completely unrecognizable with a fake mustache and big belly for a new TV role.

The 41-year-old has made a cameo as an ’80s cop in his wife Jessica Biel’s Hulu show, Candy, which has been releasing all this week on the platform.

The thriller series is based on the true story of Candy Montgomery, a housewife and mother who killed her best friend from church, Betty Gore, in 1980.

The premiere of the five-episode mini-series dropped on Monday, while the finale comes out on Friday.

Jessica stars in the titular role of Candy, while her real-life husband Justin made a surprise cameo as a sheriff in Thursday’s new episode.

Just as the new installment was released and JT’s secret role was revealed, the famous couple were able to share some behind-the-scenes photos of themselves in their full wardrobes.

Why did Candy Montgomery kill Betty?

He looked completely different from his usual self as he donned a brown suit, brown shoes, and a blue-gray button-up.

Justin added to his incognito look with a combed-over hairstyle, thick facial hair, and a larger stomach.

Sitting just under his prosthetic belly was a country-style belt buckle and his badge.

In one photo on the actor’s Instagram, he posed next to his wife, with his thumbs dipped into his belt and her clasping her hands in front as she wore a ‘80s housewife ensemble.

The second shot was a selfie of the couple, with JT giving a close-up smirk and Jessica smiling big.

The final picture in the slideshow featured Justin on set, looking down at the camera and frowning.

Jessica, 40, shared similar photos on her own Instagram and wrote:  “Watch out, Candy. There’s a new sheriff in town.”

In episode 4, Justin surprised viewers with his cameo as as Deputy Steve Deffibaugh, who was the real-life cop who led the investigation into Candy.

Another real-life husband appears on the show, as well, as Betty portrayer Melanie Lynskey’s hubby, Jason Ritter, plays Justin’s partner in the investigation.

In an interview with ET, Jessica revealed she didn’t have to ask the father of her two kids to come on the show, he asked her.

She said she “always” has him read her scripts because she wants “his opinion on everything I’m doing,” and he ended up finding a role he wanted to play on the show.

The 7th Heaven alum shared of how his cameo came to be: “He said, ‘Oh, who’s playing this character?’

“I said, ‘Oh, I don’t know, probably somebody local. We don’t have any money left.’

After Justin came on, showrunner Robin Veith thought it would be great to cast Melanie’s husband Jason as his partner.

Fans got to see the husbands work side by side during Thursday’s episode as they investigated the crime scene together and interrogated Jessica’s character, Candy.

The mother of two said: “They were so brilliant together. Clearly, Jason is a comedic genius and Justin is in his own right as well.

“And the way they work off each other and the improv that they did, it was amazing to see.”