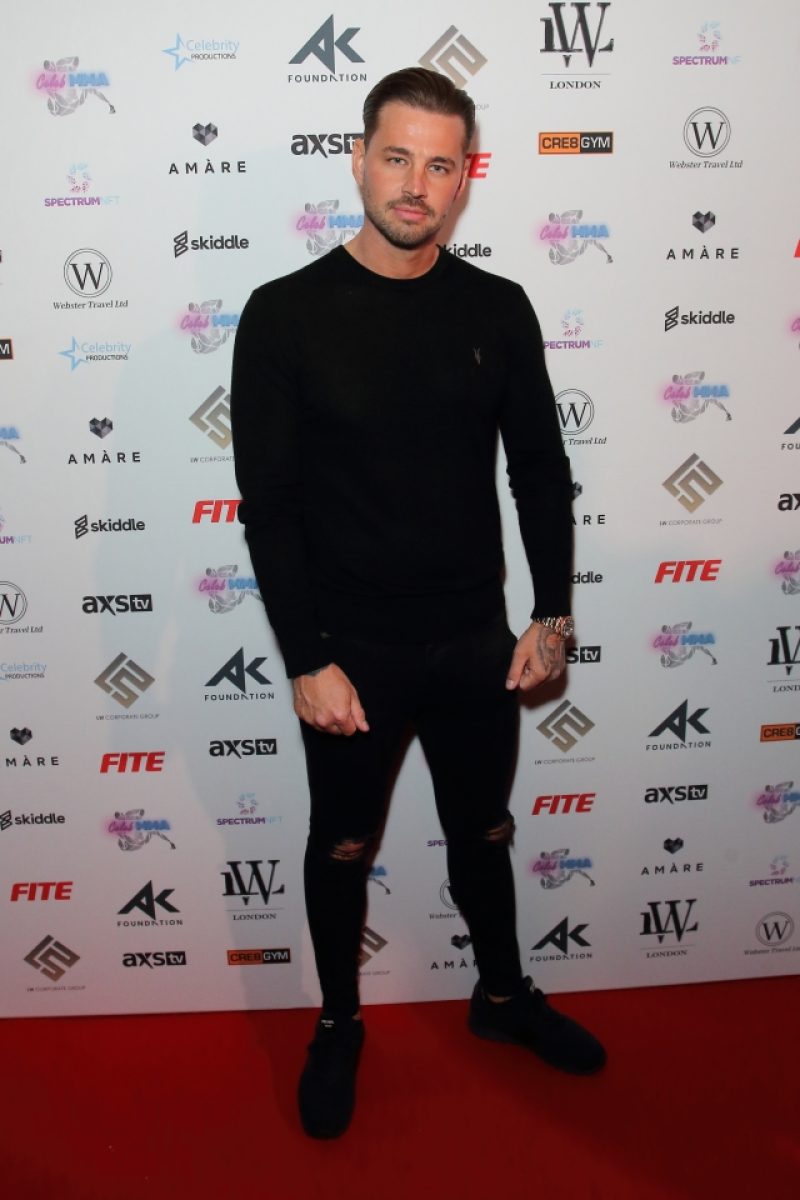 CARL Woods has hit back at Geordie Shore star Robbie McMahon after he made a brutal swipe about his sex life with Katie Price.

The former Love Island star is due to fight Robbie in a celebrity MMA fight next month at the OVO Arena.

Ahead of their fight, Carl, 32, was forced to hit back that he doesn’t have to “tap out” from time in the bedroom with his fiancee.

The pair came face to face in a debate led by a Sky Sports pundit on Wednesday afternoon, the Daily Star reports.

Robbie joked: “He don’t go distance, I’m on the treadmill about three hours before he wakes up. All he knows how to do is f***ing smile.”

Carl hit back against the savage dig: “All you know how to do is to try to make f****** headlines.”

‘I see Harvey as my son

“One round, done, finished, out, I don’t need no distance. One round, three minutes,” he added of his game plan in the fight.

I think he must be talking about the bar, one round when you’re in the ring with me, you’re lasting ten seconds,” Robbie hit back.

“Here’s another one looking for a headline as well listen if I was as skint as him I’d fight me as well,” Carl defended himself.

It comes after Carl was told by his fiancee Katie, 43, that he will get “his head caved in” ahead of his MMA fight.

Carl – along with a host of famous of faces including James Lock and Aisleyne Horgan Wallace – are all preparing for the cage fight.

Sixteen celebs signed up for the 12-week filmed project, which shows contestants document their training and compete at the famous OVO Arena.

The Celeb MMA event is to be streamed live via PPV internationally.

Carl has been on/off with his fiance Katie, 43, since they got together in June 2020.

But Katie confirmed she was back with Carl after calling off their year-long engagement, by posting a loved-up snap of him on Instagram.

The pair were set to marry this year and had been trying for a baby.

Carl proposed to Katie in April of last year just 10 months after they started dating, marking the mum-of-five’s seventh engagement.