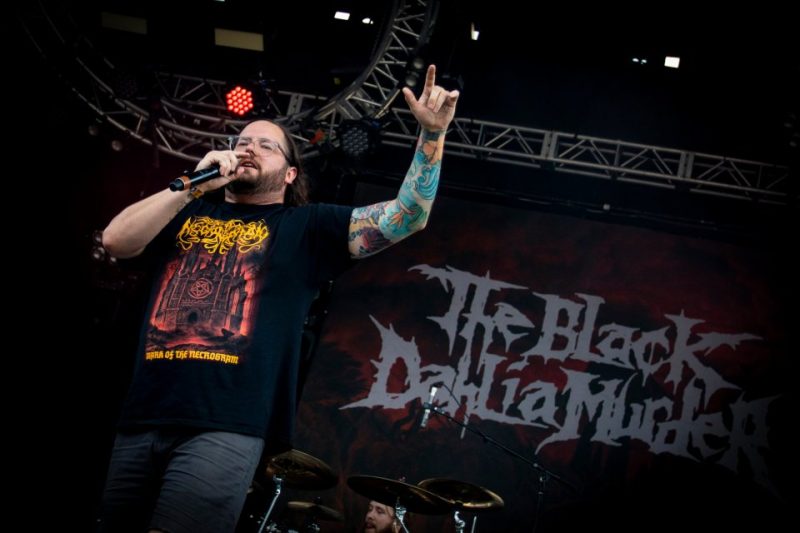 THE Black Dahlia Murder released a statement on May 11, 2022, revealing the death of frontman Trevor Strnad.

Trevor Strnad was the frontman of the death metal band from Waterford, Michigan.

He was 41 years old at the time of his death.

The news of his death was announced via Facebook by the band on May 11.

It reads: “It is with deep sadness that we announced the passing of Trevor Scott Strnad.

“Beloved son, brother, and Shepard of good times, he was loved by all that met him.

“A walking encyclopedia of all things music. He was a hugger, a writer and truly one of the world’s greatest entertainers.”

The statement continued: “His lyrics provided the world with stories and spells and horror and whimsy.

“It was his life to be your show.”

What was Trevor Strnad’s cause of death?

At this time Black Dahlia Murder has not revealed the singer’s cause of death.

However, the band did include a phone number for the National Suicide Prevention Lifeline in the statement.

Three days before his death was announced, Trevor was active on his Instagram.

His final post pictured him along with partner Violet Knox.

Trevor Strnad of The Black Dahlia Murder performs on stage during Vans Warped Tour on July 31, 2013 in MilwaukeeGetty – Contributor

The singer captioned the photo: “”

He posted the same photo on his Twitter and pinned the post at the top of his profile.

Who is The Black Dahlia Murder?

The Black Dahlia Murder consists of seven members, including Trevor.

Black Dahlia Murder was formed in 2001 in Waterford Township, MI.

Metal Blade Records is the record that the group is signed to.

During their 21 years together as a band, they have released nine full-length studio albums.

Their most recent album Verminous was released in 2020.